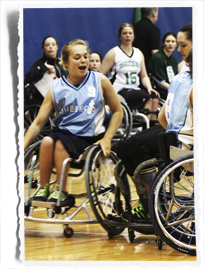 (Longueuil, Que.) All of the fast-paced, hard-hitting action of the Canadian Wheelchair Basketball League (CWBL) arrives in Longueuil, Quebec April 15-17 when five of the top club teams in the country compete in the 2016 CWBL Women’s National Championship at the Centre sportif Édouard-Montpetit.

Competition begins the morning of Friday April 15, 2016 and concludes with a medal ceremony following the gold medal game on the afternoon of Sunday April 17, 2016.

The tournament is being hosted by Parasports Quebec.