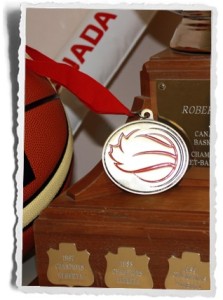 (Ottawa, Ont.) Wheelchair Basketball Canada is now accepting nominations for the 2017 Awards and Hall of Fame.

Please submit all nominations to:

About the Awards & Hall of Fame Program

Wheelchair Basketball Canada is pleased to have the opportunity to be able to honour a few of the many outstanding individuals and groups that have contributed in various ways to the betterment of the sport over the years.

The Awards and Hall of Fame program is in place to give recognition to the ever-growing list of remarkable people whose commendable efforts and unfaltering passion for the game are a benefit to the entire wheelchair basketball community. We offer our sincerest thanks and praise to all Major Award Winners and Hall of Fame Inductees.