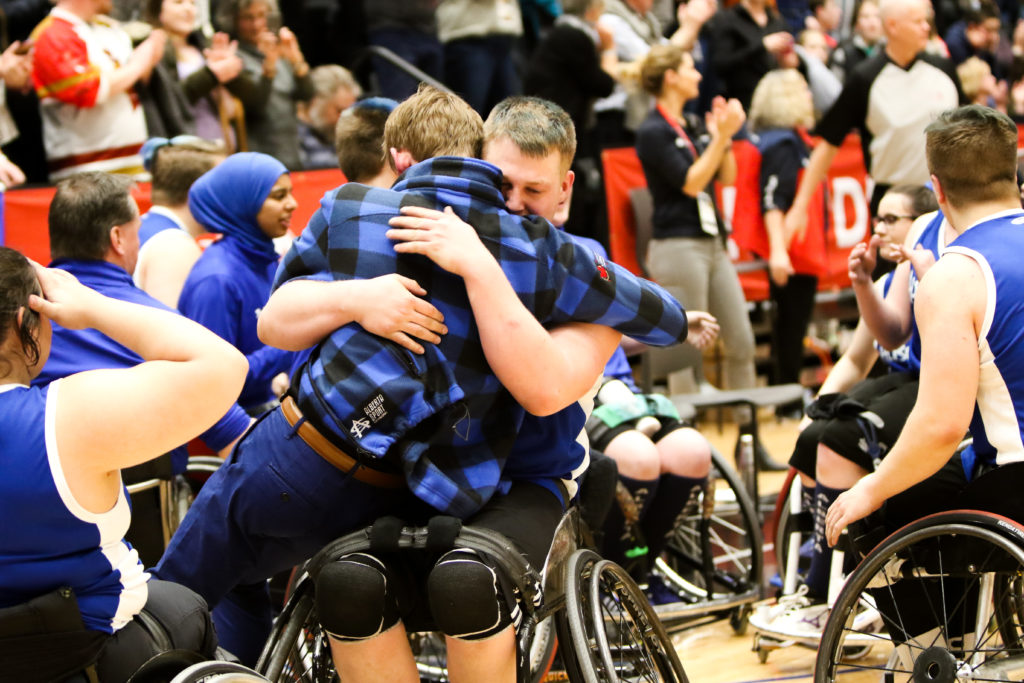 (Red Deer, Alberta) Top seed and hosts Alberta seized a gold medal on home soil for the first time since 1995 in wheelchair basketball with a 51-48 win over Ontario on Thursday at the 2019 Canada Winter Games in Red Deer, Alberta.

Wheelchair basketball made its debut at the Canada Games in 1995 in Grand Prairie, Alberta, where the host team won a gold medal. The current crop representing Alberta repeated history tonight after compiling an undefeated 6-0 record en route to the milestone victory in the championship game. There wasn’t a dry eye in the house when Team Alberta won the gold medal in front of a packed crowd of Alberta supporters. 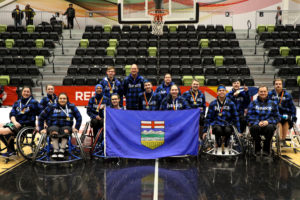 The gold medal match was one of the most intense and hard-hitting games that Canada Games has ever seen in front of the biggest crowd that the Gary W Harris Canada Games Centre has ever had. The entire game was a seesaw battle, each team exchanging leads throughout the game, but Alberta pulled ahead for the win in the end.

“The home soil and support of the fans really helped us pull through,” said Team Captain Bradon Doll of Camrose. “All the hard work and effort the team has put in has paid off and it feels great to share this moment with the team and the home crowd.”

Bradon Doll of Camrose finished as the top scorer of the tournament with 120 points in total.

“To win this gold medal back in our home province makes it so special, so special!” Exclaimed Head Coach of Team Alberta, Darrell Nordell.

Ontario settled for a silver medal finish in what can only be called a Cinderella story. After coming into Canada Games as fourth seed with eight Canada Games rookies and four returning players, Ontario was the team that no one saw coming.

Quebec took home the bronze medal with a 56-55 win over New Brunswick. The bronze medal game was a physical, heated affair with both teams playing at their best. Quebec led 31-19 at the half but in the second half of the game, New Brunswick slowly chipped away and closed the gap. The entire crowd was holding their breath in the last minute of play, but Quebec ultimately came out on top.

“It’s not the colour we hoped for, but I’m really proud of the bronze medal,” said Ben Palmer of Laval. “We played as a team throughout the tournament. It was a tough game until the end, but we came away with the win. I’m really proud of my team.” Palmer scored a team high of 18 points.

“The bronze medal was really an amazing game,” said Nicolas Palmer, Head Coach of Team Quebec. “It was a tight game, Quebec had the lead at the half and New Brunwick came back. They should be proud of how they fought back. It gave us a nail biter until the end. We are happy to win a bronze. It shows our program is developing but we can still get a result. Yesterday was a tough loss but we came together to win the bronze today. Our veterans, Ben and Élodie showed great leadership to our younger players.”

Saskatchewan (4-2) secured fifth place after picking up its third straight win in consolation play with a 45-25 win over Newfoundland. British Columbia (3-3) placed sixth and finished on a winning note after defeating Manitoba 56-38. Manitoba (2-4) rebounded in their final game with a 49-17 win over Nova Scotia. Newfoundland (1-5) placed eighth in their return to Canada Games after a 12-year absence. Nova Scotia (0-6) placed ninth.