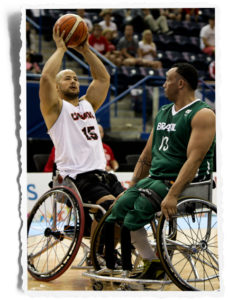 (Ottawa, Ont.) For the Canadian Wheelchair Basketball Teams, the summer of 2016 was all about one thing: getting ready for Rio. As summer winds to a close so too does the culmination of four years of rigorous training and countless sacrifices to get to this point. Team Canada is ready to hit the court at the Rio 2016 Paralympic Games and write the next storied chapter in its unwavering pursuit of athletic excellence.

The Canadian Men’s National Wheelchair Basketball Team enters Rio in search of its fourth Paralympic gold medal and fifth consecutive podium finish. The men are the defending Paralympic champions, winning gold four years ago at London 2012. Since then, the men’s roster has seen its fair share of changes, now boasting an even mix of experience and new talent. 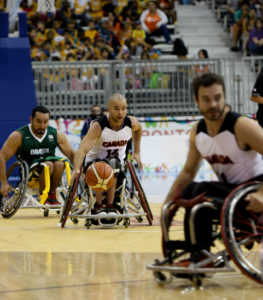 The Canadian roster is bolstered by six Paralympic gold medallists. The eldest veterans on the team, co-captain David Eng (Montreal, Que.) and Adam Lancia (Toronto, Ont.), look to take a leading role and bring some competitive fire as they enter their fourth Paralympic Games. Team co-captain, Bo Hedges (Wonowon, B.C.), promises to be a calming presence on the court thanks to his two previous Paralympic appearances. Likewise, Abdi Dini (Scarborough, Ont.), also a master of poise under pressure, hopes to continue the team’s podium streak in his third Paralympic Games. Chad Jassman (Calgary, Alta.) and Tyler Miller (Kitchener, Ont.) found success in their Paralympic Games debuts in 2012 and both bring a physical element to the game.

“Going to my first Paralympics is going to be an incredible experience,” said Hickey. “It’s been an amazing journey throughout the last few years as we trained for Rio and I can’t wait to get into the action. I’m most looking forward to the opportunity to play for my country at the highest level possible.” 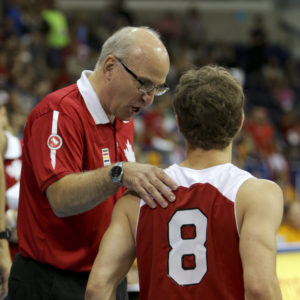 (Richmond Hill, Ont.) will be behind the bench for the Canadian men in his first Paralympic Games as a head coach.

The Canadian men open competition on September 8 against Spain, whom they had tight competition with in their exhibition play this summer. From there, the men will face the Netherlands, reigning world champion Australia, Japan and Turkey in Group A.

All eyes will be on the September 10 game against Australia, with whom Team Canada has had an intense rivalry. The teams have met in the finals at the last three Paralympics, with Canada emerging victorious in 2012 and 2004, but falling to the Aussies in 2008.

The Canadian Women’s National Wheelchair Basketball Team is the reigning world champion and enters Rio 2016 determined to cement Canada’s status as a force to be reckoned with on the court with a return to the Paralympic podium. Ten athletes return from the world championship team in 2014, as the Canadian roster features a wealth of international experience that has the team poised for a strong performance in Rio. 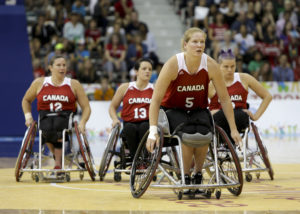 Darda Sales (London, Ont.) will be making a debut, of sorts, in Rio. A two-time Paralympic medallist in swimming, Rio will be her fourth Paralympic Games but her first in wheelchair basketball since she transitioned from the pool to the hardcourt.

Head coach Bill Johnson (Winnipeg, Man.) is once again at the helm of the Canadian women’s team for his second Paralympic Games. 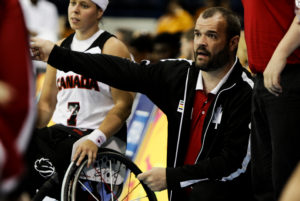 “Going through the grind of the world championship in 2014 has really helped us all learn what it takes to be successful in a long tournament,” said Johnson. “I am confident we can use that experience to help us achieve our Paralympic goals.

“Our goal is to have our best possible performance. We don’t feel like we did that in London, so we really want to feel that we played as well as we could coming out of Rio. If that results in a medal, which it absolutely can, all the better.”

Canada is situated within Group A and will face off against host Brazil, Germany, Great Britain and Argentina in the preliminary round. Canada opens tournament play at 9:30 a.m. BRT on September 8 against the Brits.

The United States are in Group B along with the Netherlands, France, Algeria and China.

Wheelchair Basketball Canada will be keeping you up-to-date on the latest hard-hitting action from the Games. Join the conversation on Facebook, Twitter (@WCBballCanada) and Instagram (@wheelchairbasketballcanada).

The Canadian Paralympic Committee Media Consortium, led by CBC/Radio-Canada, will bring unprecedented broadcast and digital coverage of the Paralympic Games. Watch the livestream at cbcsports.ca/paralympics or via the CBC Sports app. Check out the full broadcast schedule at paralympic.ca/watch-team-canada.