(Toronto, Ont.) In the final day of competition of the 2017 Men’s U23 World Wheelchair Basketball Championship, Great Britain has claimed first place after defeating Turkey. Australia joins them on the podium after their win against Japan in the bronze medal match. 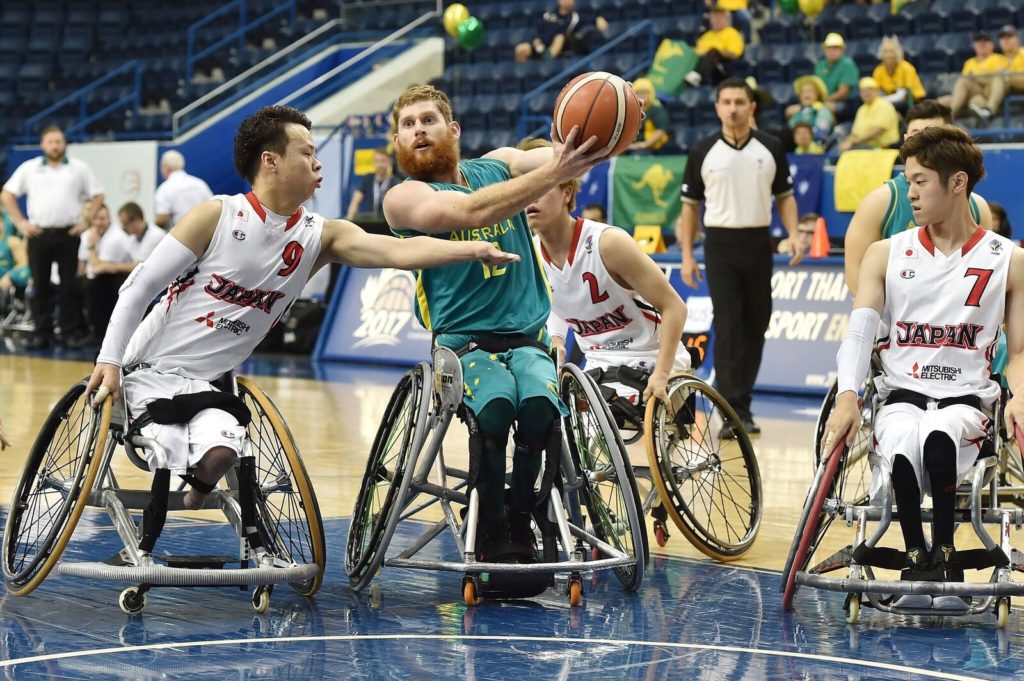 Australia outplayed Japan in the battle for bronze at the 2017 Men’s U23 World Championship at the Mattamy Athletic Centre in Toronto, Ont. Australia secured a spot on the podium with a 71-66 win against Japan.

Japan opened the match with a dominating performance, keeping constant pressure on the Australian offense and maintaining a small lead. While Australia managed to match the quick Japanese pace in the opening quarter, Japan pushed ahead to create a 14 point advantage by half.

As they’ve demonstrated before, the Australians would not be deterred when faced with a challenge. Coming back in the third quarter the Australians managed to tie the game and exchange baskets with Japan to end the quarter tied 51-51. Maintaining their explosive momentum, Australia’s Tom O’Neill-Thorne went on an eight point run in the opening of the fourth quarter to take the lead 59-51.

While Japan was able to fight back to make it a three point game with less than a minute on the clock, their push was not enough to take back the game. O’Neill-Thorne once again placed himself as top scorer of the game with 34 points and 15 rebounds. Teammate Jake Fulwood secured a double double with 16 points and 10 rebounds. Takuya Fursawa contributed team-high 31 points for Japan.

Head coach of the Australian team Luke Brennan discussed his team’s performance, “We’ve always found ourselves down at half time during these games. I’m so proud of the boys, the way they continued to fight. The great thing about our group and the great thing about Australians is they’re always the underdogs they just never ever give up and the boys kept fighting and we managed to out-push them down the stretch. We didn’t have any expectations coming in, we just wanted to go out and continually get better and see what we end up doing and we’ve achieved exactly what we came here to do.” 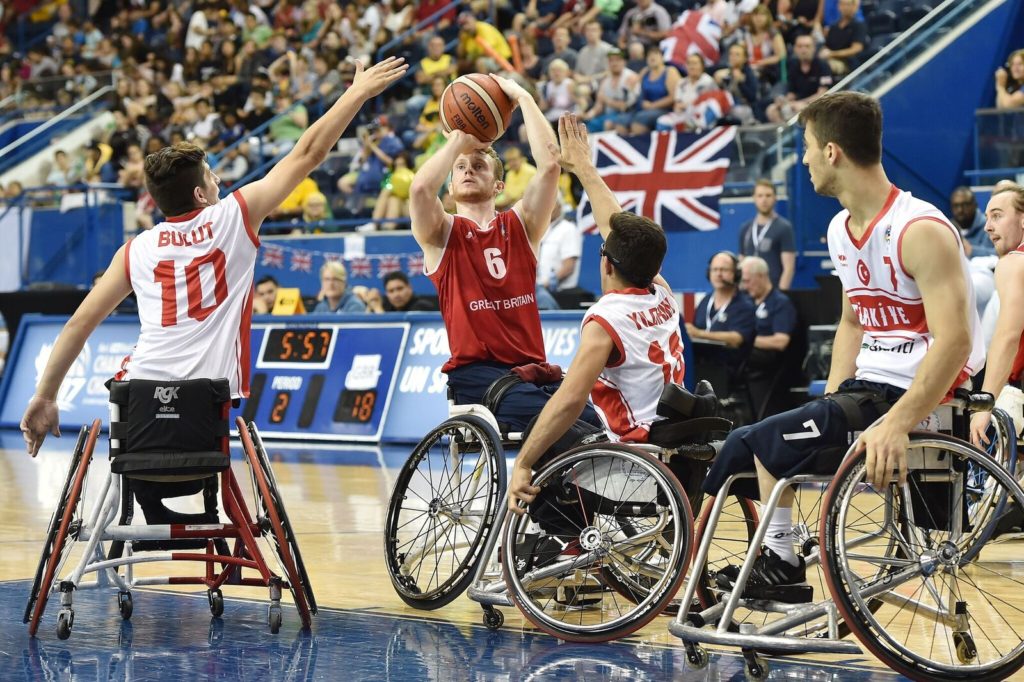 Great Britain came out on top in the tournament with a 54-43 victory against the previously undefeated Turkey.

Both teams came out battling fiercely for the win. Turkey, led by Efetürk, outshot the British team in the opening quarter to carve out a five point lead. It became a one point game in the second quarter as Great Britain’s offense hit their stride while Turkey struggled to find the net. By half, Turkey held tentatively to a two point lead.

Great Britain rallied in the second half, spurred on by the boisterous crowd, to overcome Turkey’s lead in the second comeback story of the day. Turkey, with an uncharacteristically low shooting per cent, was unable to contend with the British attack. Great Britain finally took the lead in the third quarter and slowly widened the gap in the fourth to end the game with a convincing 11 point advantage.

Ben Fox notched 23 points for Great Britain and Efeturk countered with 18 points and 16 rebounds for a double double for Turkey.

Fox was ecstatic after the win, “It was just team spirit, this team’s been together for two years now, we’ve trained every single day and we worked so hard for this. Turkey, great opponents, we missed out in the European Championship to them, so to come back… You have to give your hands to Turkey, they’re great opponents. My teammates, I look at them, my best friends, and I can’t believe we’ve won.”

Great Britain’s Gregg Warburton discussed the team’s comeback after halftime as well, “A massive impact from the coaches, they gave us a really big talk and it helped us, but most of all we had 12 best friends. We’re really good friends and we fight for each other no matter what, that helped us masterfully. We did that against Germany, we came back at the halftime and had a better second half and we did exactly the same today. So just the friendship and the bond and the determination this group has, I’ve never seen it like any group before.”