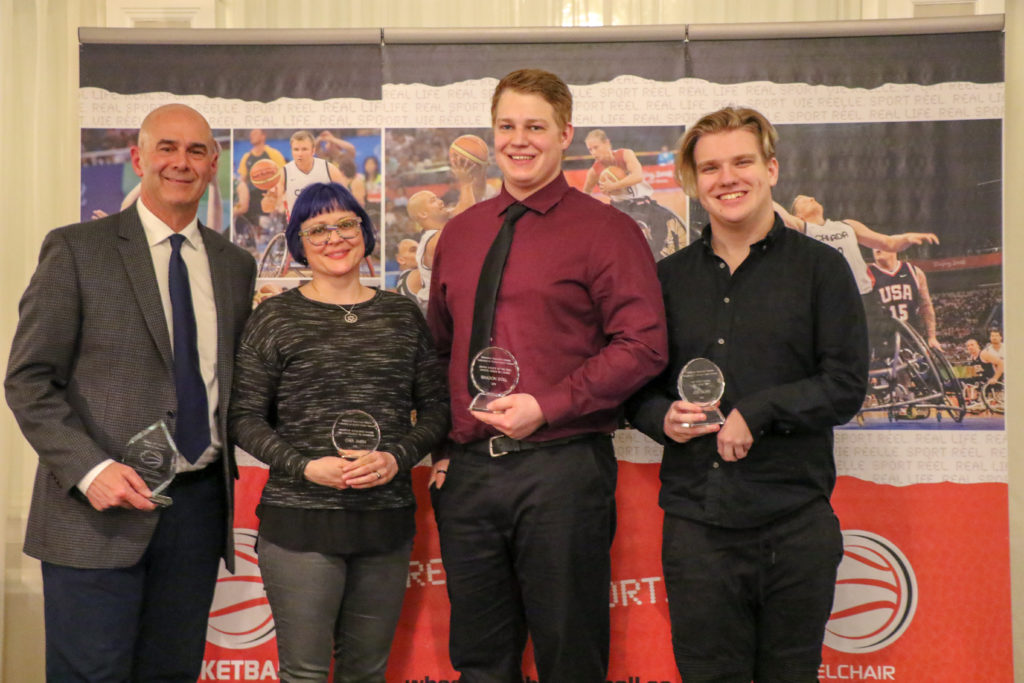 “We are proud to celebrate the outstanding achievements of trailblazers in the Canadian wheelchair basketball community and recognize their profound impact in propelling the game forward while inspiring future generations along the way,” said Wheelchair Basketball Canada Executive Director Wendy Gittens. “Each of the recipients personify our core values and we congratulate them for their leadership and commitment to excellence in wheelchair basketball.”

The WBC annual awards and Hall of Fame ceremony took place Saturday evening as part of the festivities at the 2019 Canadian Wheelchair Basketball League (CWBL) National Championship in Charlottetown, P.E.I.

Longtime referee Giordano entered the WBC Hall of Fame in the official category in recognition of his outstanding contributions to the wheelchair basketball community.

“I am humbled and honoured to be inducted into the WBC Hall Of Fame as an official,” said Giordano. “This is the pinnacle of my career as a basketball official. I have been involved in wheelchair basketball for more than 30 years and I have enjoyed many incredible experiences. I have met wonderful people along the way within the wheelchair basketball family: athletes, coaches, supporters, and all my other colleagues on and off the court.

“I have been supported and encouraged by my mentors in the past, and I hope I have inspired current and upcoming officials in Canada and abroad. I also want to especially thank my wife, Lorraine, for her endless support as I was away many days from our home. She has been incredible towards me for pursuing my goals, and love of this wonderful sport.” 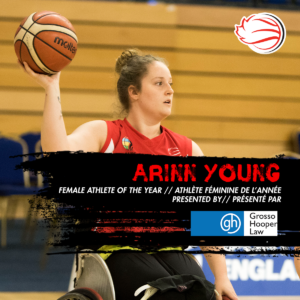 Widely known by her nickname “Juice”, Arinn Young is a star player on the rise thanks to her world-class basketball skill and her reputation as great communicator and respected teammate.

A member of the Canadian Women’s National Team, she finished third overall in tournament scoring with an average of 20.1 points per game for fifth-place Canada at the 2018 IWBF World Championships, her first major international tournament in a starting role.

Elsewhere on the court in 2018, Young picked up tournament MVP honours and a gold medal with the Edmonton Inferno at the Canadian Wheelchair Basketball League (CWBL) Women’s National Championship.

She also excelled south of the border as a student-athlete at the University of Alabama, where she stars for the women’s wheelchair basketball team. She helped lead the Crimson Tide to a silver medal at the collegiate national championship and was named a first team All-American in 2018. 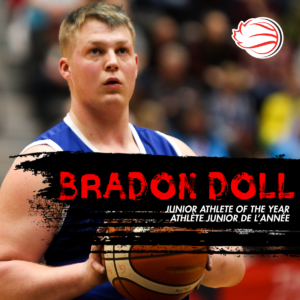 Bradon Doll has established himself as one of Canada’s top young able-bodied players and he put his skills to the test at the junior level in 2018.

A threat at both ends of the court, Doll led the Alberta provincial team to the national title at the junior national championship, which earned a top seed for the host team at the 2019 Canada Games in Red Deer. He took home the tournament MVP award alongside the gold medal at junior nationals.

His on-court skills are amplified by his unmatched work ethic and his dedication to being an elite player. He makes the long commute to and from practice and goes out of his way to put in extra work. When he’s not honing his own skills, Doll is often found mentoring younger players and is known for his innate ability to bring out the best in his teammates. 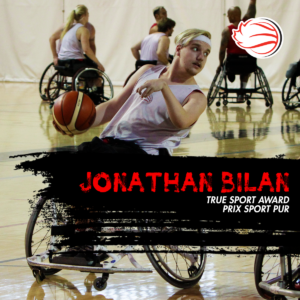 Athlete Jon Bilan embodies the characteristics behind the True Sport movement and all that is positive about sport and the spirit of competition.

Bilan is a dedicated team player who always brings a positive attitude and infectious smile to the gym, which creates a fun and inclusive environment for everyone.

As a competitor, Bilan plays hard, fair and keeps it fun. He displays great sportsmanship and earns the respect of his teammates and his competitors while showing respect to other athletes, coaches and officials in turn.

A nine-year veteran of the sport, Bilan is known to go the extra mile in teaching and rooting for other young players. He is also committed to improving his own game by building good habits at practice, including arriving early to get in some extra shooting sessions, and attending training camps to help himself grow as a player.
His commitment and love for wheelchair basketball are a fine example to others and he is a most deserving recipient of this year’s True Sport award. 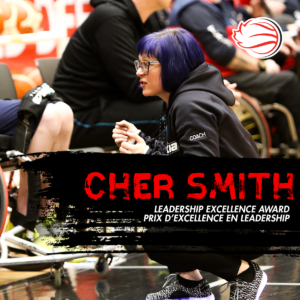 Cher Smith is an extraordinary volunteer, coach, and advocate who is well known for her unwavering enthusiasm. As the backbone of wheelchair basketball in Nova Scotia, she is a dedicated and tireless leader who continuously goes above and beyond for the betterment of the sport and the athletes in the province.

Smith is someone who is fiercely passionate about her work, who genuinely cares about people, and is truly invested in helping others. She is admired throughout the wheelchair basketball community, and by those that she coaches and mentors in particular, for her charisma and signature sense of humour.

Simply put, she leads by example and knows how to get things done. As a result, the positive impact she has makes on and off the court is tremendous.

In her profession as an occupational therapist at the Nova Scotia Rehabilitation Centre, in Halifax she continuously promotes the many benefits of sport, while being a champion of inclusion and an advocate for accessibility. 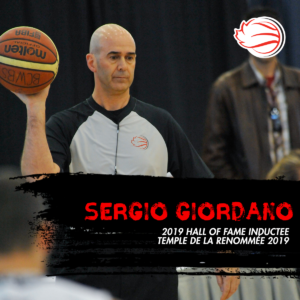 Sergio Giordano is a highly regarded referee who has shared the court with the very best in the game, carrying himself with distinction while representing Canada as an international technical official at four World Championships and four Paralympic Games. In addition to his world-class standing as an international official, Giordano is also renowned for his contributions to officiating as a leader in the development, mentorship and recruitment of wheelchair basketball referees in Canada. Giordano is widely respected by his peers and by athletes and coaches alike for his open communication and his dedication to fair play for all. He began his career as a wheelchair basketball referee in Edmonton in 1987.

About Wheelchair Basketball Canada
Wheelchair Basketball Canada is the national sports governing body responsible for the organization of the sport in Canada. It is a non-profit, charitable organization that is committed to excellence in the development, support and promotion of wheelchair basketball programs and services for all Canadians from grassroots to high performance. Wheelchair basketball is a fast-paced, hard-hitting, competitive sport in which Canada is held in high esteem around the world for winning a combined six gold, one silver, and one bronze medal in the last seven Paralympic Games. For more information, please visit www.wheelchairbasketball.ca.