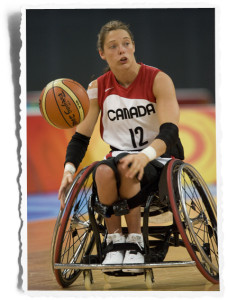 We would like to thank outgoing CWBL Women’s Commissioner, Lisa Franks, for all of her contributions to women’s wheelchair basketball in Canada.

Franks, a Paralympic track star and wheelchair basketball world champion, spent two seasons with the Canadian Women’s National Wheelchair Basketball Team from 2006-2008. She has since focused her attention to coaching and brought Team Saskatchewan to its first podium finish at the 2015 CWBL Women’s National Championship. As a seasoned coach and player, her contributions as CWBL Women’s Commissioner played a key role in helping Wheelchair Basketball Canada align the competition system with our LTAD model through the competition review process. 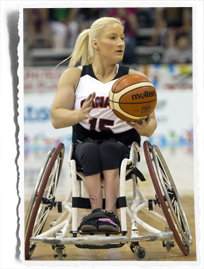 As the incoming CWBL Women’s Commissioner, Hawtin will be working closely with the Wheelchair Basketball Canada Domestic Committee to provide equal representation and act as the voice for women who play wheelchair basketball in Canada. She will create an open channel of communication to teams, coaches and athletes to ensure members’ needs are met.