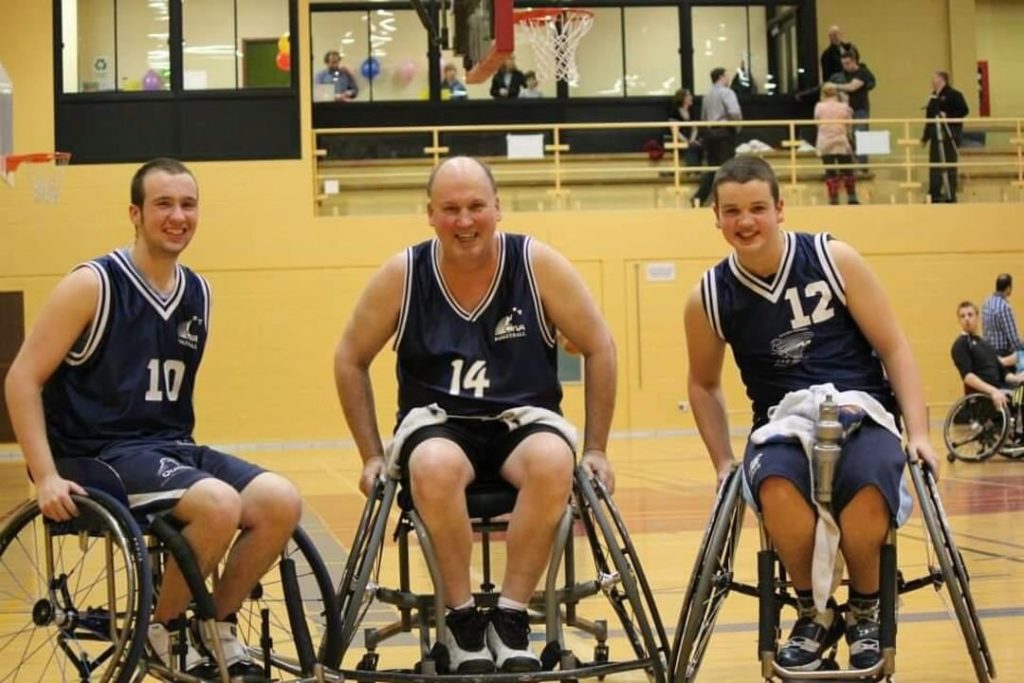 For the Palmer family – father Raymond and sons Nicolas and Benjamin – wheelchair basketball is much more than just a sport. A deeply rooted love for the game has taken the trio on a lifelong journey both on and off the court, and even helped to launch their professional careers.

Raymond Palmer, 60, has been playing wheelchair basketball for 30 years as an able-bodied athlete. He discovered the sport through a friend who invited him out to a local practice. A former high school basketball player, Raymond was curious to check out the wheelchair game.

That first practice quickly turned into two, and ultimately ignited a passion for the sport that has stood the test of time and now spans two generations. The competition, camaraderie and community were all aspects of the game that Raymond wanted to share with his sons, while fully appreciating that it was about more than just basketball.

“Wheelchair basketball is about having fun, being a family, and accepting people coming to us like they are,” said Raymond. “They are not handicapped people, they are athletes.”

As kids Nicolas and Benjamin Palmer would often go to see Raymond play. Just as their father had done before them, the young brothers embraced the sport as able-bodied athletes and viewed the wheelchair simply as a piece of equipment like in any other sport. 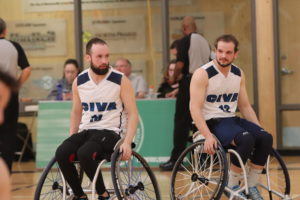 “I grew up in that sport,” said Benjamin, 22. “When I was a really small kid I went to see my dad play and it was just normal for me to play. I always liked to play with the basketballs and, for sure, I wanted to play wheelchair basketball. It started from there. It was natural for me.”

Benjamin was drawn to the team aspect of the game and learning to maneuver the wheelchair. He recalls him and Nicolas getting into trouble at home as kids after they would hop into their dad’s chair and wreaking havoc around the house.

Raymond enrolled Nicolas, age 10, and Benjamin, age 6, in a local mini program in Montreal with the Centre d’intégration à la vie active (CIVA). The CIVA program brought together children of all abilities in a completely inclusive environment to play and have fun through wheelchair basketball. That program left a lasting impression on the boys and Nicolas and Benjamin have been playing ever since.

“From the involvement I have right now in the sport, you can see that I’m in love with it,” said Nicolas, now 26. “It’s the same thing for me as my father and my brother, it’s the ultimate team sport. You need everybody on the court and on the bench to be involved in the game to really have success.”

Unlike stand-up basketball where star players can dominate a game, wheelchair basketball requires everyone to work together to shut down opposing players and open up lanes to the basket to create offence. It’s a chess match within a basketball game.

“I really like the fact that wheelchair basketball is a really small community, it’s really like a family,” added Benjamin. “At the end of the game everybody will be friendly. It’s such a small sport that it’s a big family and I really like that aspect.” 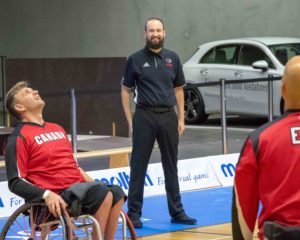 Nicolas’ involvement with the sport now extends to the realm of coaching. He coaches wheelchair basketball at the club and provincial levels – including coaching Benjamin and Team Quebec to a bronze medal at the 2019 Canada Games in February – and he also made his debut with Team Canada as an assistant coach with the Canadian men’s national team at the world championship in 2018.

Nicolas isn’t the only Palmer to pursue a career as a result of ties to the wheelchair basketball community. Their fervor for the game has opened doors professionally for all three men and they are all looking to pay it forward.

Meanwhile, Benjamin is currently studying mechanical engineering and recently sought out and secured an internship with a wheelchair company. He hopes to build a career in that industry in his dream job – designing wheelchairs.

“Wheelchair basketball gave us the opportunity to have professional jobs that are still related to the sport and inclusivity,” said Nicolas.

While the sport may take them down different career paths, Nicolas and Benjamin still share a love for playing the game. The pair will reunite on the court once again this weekend, donning their old colours as they compete with CIVA de Montreal for a national club title at the Canadian Wheelchair Basketball League (CWBL) National Championship in Charlottetown, Prince Edward Island.

You can follow the Palmer brothers and the rest of the action at the 2019 CWBL National Championship from April 26-28, 2019. Visit wheelchairbasketball.ca to check out the full schedule and latest results from Charlottetown.

To get involved in wheelchair basketball as an athlete, coach, official or volunteer, find a club in your community.