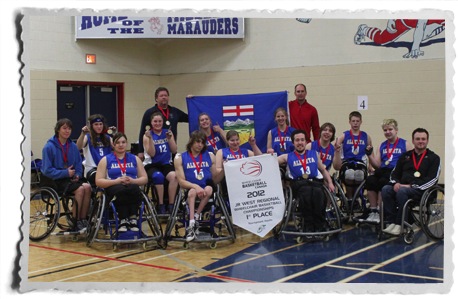 After opening the tournament with a 60-44 over BC, Alberta suffered their first loss in the preliminary round against Saskatchewan 58-43. Next they defeated BC a second time 57-32, before once again falling to to Saskatchewan 65-32. With a modest 2-2 record heading into the final (which included an 0-for-2 attempts against the hometown Saskatchewan) Alberta earned their redemption at the most opportune time.

The 2012 Jr East Regional Championships will be played April-13-15 in Halifax, NS.