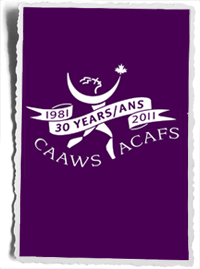 CAAWS publishes its Most Influential Women List annually to celebrate and highlight Canadian women who are game changers—women who influenced sport and physical activity in Canada and on the international scene.

“Celebrating women leaders encourages women and girls, and indeed all Canadians, to look at these individuals and be inspired to lead in their own way”

“Celebrating women leaders encourages women and girls, and indeed all Canadians, to look at these individuals and be inspired to lead in their own way,” said CAAWS Executive Director Karin Lofstrom (Ottawa, Ontario). “Our goal is to create a ripple effect. For example, when a young girl reads about Tanya Dubnicoff who is now coaching at the Olympic level or Claudine Labelle who overcame a serious accident and founded FitSpirit, she gets the right message about skills that go far beyond the field of play that can be developed by participating in sport and physical activity.”

The late Sarah Burke was also selected to the CAAWS Most Influential Women List of 2012. Although the skiing pioneer died tragically in early 2012, the influence of this exceptional individual was such that she remained an inspiration throughout the year. And her legacy will remain in the future with the launch of the Sarah Burke Foundation, which will offer grants to aspiring winter sports athletes as well as raise money for the St. Jude Children’s Research Hospital. 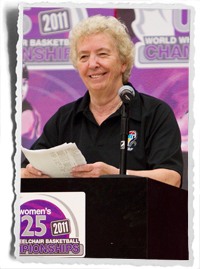 This is the 11th time the CAAWS Most Influential Women in Sport and Physical Activity List is being published. Every year, the List includes athletes, officials, coaches, professors, administrators and volunteers. There are some women who have been named to the List several times, such as Caroline Assalian, Chief Sport Officer, Canadian Olympic Committee; and some who are new to the List like Loreen Barnett, Secretary General, International Triathlon Union (the Union remains the only international federation in the Olympic Games with women in the top two leadership roles, President and Secretary General). Paralympian Chantal Petitclerc and Olympian Beckie Scott have each been named to the Most Influential Women List seven times.

It is interesting to note that the 2012 List marks the third time the Canadian Women’s National Soccer Team has been selected to the CAAWS Most Influential List. Last year, they were named because of their team effort for pay equity, an issue that they resolved, but one that goes above and beyond their sport. The Women’s Soccer team was also selected in 2003 because of their performance at the World Cup—when it was noted that a certain Christine Sinclair emerged as a role model and young star on the National Team.

Each year, in addition to publishing its Most Influential Women in Sport and Physical Activity List (MIW), CAAWS also highlights emerging leaders as Ones to Watch. For 2012, CAAWS has selected Gail Hamamoto, Executive Director of BC Wheelchair Sports Association, Volunteer (Richmond, BC) and Kaillie Humphries, Olympian and role-model (Calgary, AB) as Ones to Watch.

The final List was compiled by a CAAWS selection panel, from both public nominations and from contributions from knowledgeable sport and physical activity leaders. The panel reviewed the submissions and based its decision on accomplishment and scope of activities in the 2012 calendar year. Past Lists can be found at [here].