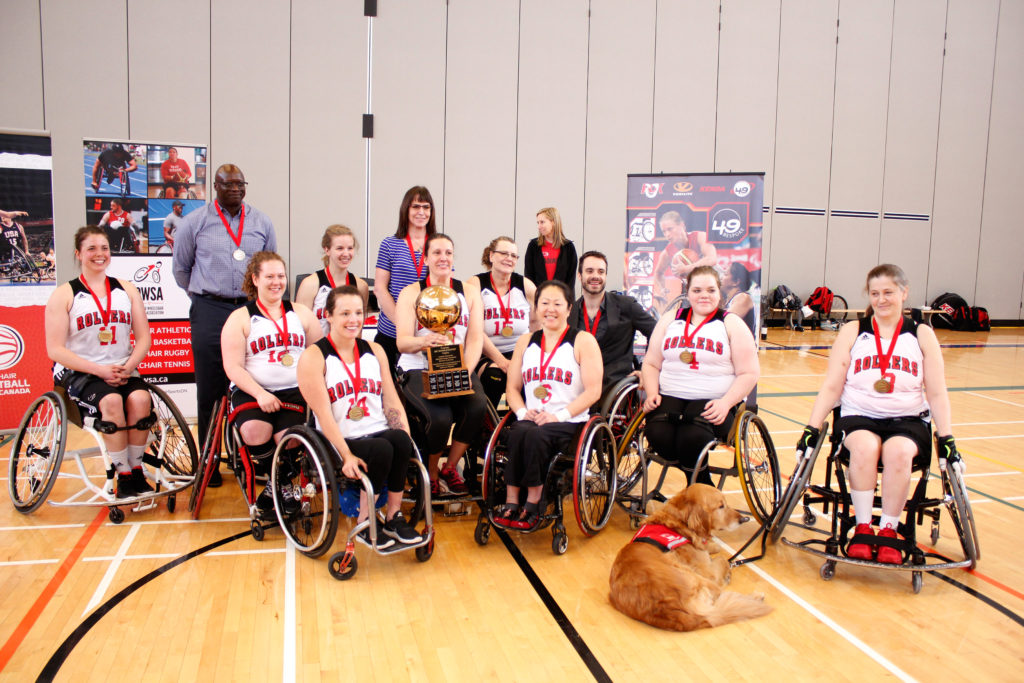 The teams have faced each other in the gold medal round seven times since 1996 and they held nothing back in the championship match.

Calgary claimed an early lead in the first quarter and though Edmonton was able to keep pace in the second half of the game they were unable to close the gap. Kendra Ohama and Erica Gavel of the Rollers proved to be an unstoppable duo, pacing the Rollers’ attack with 22 and 20 points, respectively. While tournament MVP, Arinn Young of the Inferno attempted to even the playing field, her 20 point effort was not enough to match Calgary.

“We came out really hard at the beginning and just didn’t let up which is what we need to do on against Edmonton because if we give them any opening they’ll just take it and crawl back into the game very easily so we didn’t give it to them,” said Calgary Rollers player Cathleen Digel. “I’ve been playing for just six or seven years now and I’ve gotten all the other medals but this is the first gold so it feels pretty good.”

In the bronze medal game Quebec was victorious 56-52 against the BC Breakers. The Breakers fought to gain a six point advantage by the end of the first half but conceded the lead in the fourth quarter. Unrelenting offensive attacks led by Cindy Ouellet allowed Quebec to tie the game with three minutes left on the clock. Quebec’s defensive pressure caused BC to leave some crucial points on the floor and ultimately Quebec pushed ahead to secure their place on the podium.

“We had to work through a little bit of fatigue and a little bit of stress. We weren’t focused enough at the beginning but we just had to stop chairs and play our game,” said Ouellet of Quebec.

Ouellet led the Quebec offense with 22 points while Kady Dandeneau of BC countered with a game-high 26 points.

The medal games concluded three days of intense wheelchair basketball competition in which six club teams from across Canada showcased their speed, skill and athleticism.