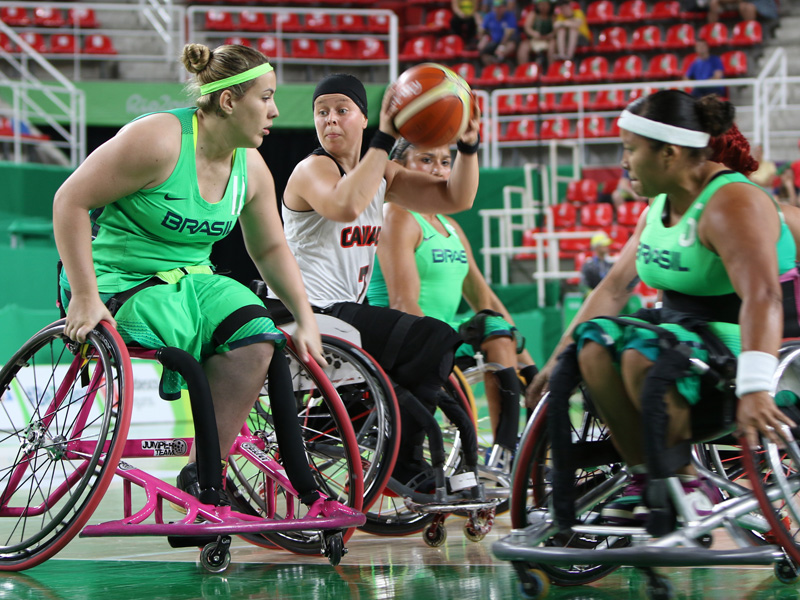 (Rio de Janeiro) The Canadian women’s Paralympic wheelchair basketball team will collide with the Netherlands in the quarter-finals at the Rio 2016 Paralympic Games on the heels of an 82-49 win against host nation Brazil at the Rio Olympic Arena on Monday.

Canada and the Netherlands will square off on Tuesday at 11:45 a.m. BRT at the Rio Olympic Arena. The teams last met at a major international event in a thrilling semifinal at the women’s world championship in 2014, with Canada emerging victorious by a single point.

“We are really excited and ready to go. We’re done the round robin games now and so we are really pumped to get the playoffs started,” said Team Canada player Arinn Young, of Legal, Alta. “We are pretty confident going into the quarter-finals. It’s going to be a mental and physical game. That’s what we are preparing for now. We will be ready to go.” 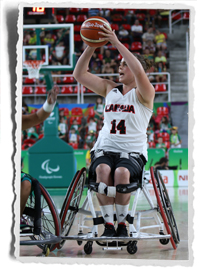 The win against Brazil placed Canada in a three-way tie for first place in Group A with Germany and Great Britain, all with a record of 3-1 after preliminary round play, with Canada falling to the third spot in the pool courtesy of a point differential tie-breaker between the three teams.

Canada started its final round robin match determined to push the pace against Brazil and take the energetic home crowd out of the game. Canada carved out an early lead by doubling up on Brazil, 24-12, after the opening quarter. The Canadians turned up the tempo in the second frame, nearly scoring at will from the paint as Brazil struggled to keep Canada outside of the key. ada entered halftime with a 49-22 advantage. With the game firmly in their grasp, the Canadians used their full depth of their bench down the stretch to cruise to the win.

The Canadian men’s Paralympic wheelchair basketball team completed pool play on Monday night with a 67-46 loss to Turkey at the Rio Olympic Arena. Canada (0-5) will play Algeria (0-5) to decide 11th place at 9:30 a.m. BRT on Wednesday.

“We all had high hopes to accomplish a little bit more here,” said Team Canada co-captain Bo Hedges, of Wonowon, B.C. “We still have one more game and we have to continue to improve like we have throughout this tournament. It’s a great group of young guys and a great opportunity to play Algeria and to keep going and keep building.

“I’ve been through a lot of tough, devastating losses and challenging times with basketball and so you know you have to learn from it and build from it. It just makes us stronger going forward toward the next world championship and Tokyo in 2020.”

Canada stayed with Turkey through the opening half, trailing by five points at halftime, 29-24. Turkey broke the game open in the second half, utilizing its size advantage over Canada to convert on scoring opportunities in the paint and on the fast break. The Turkish side widened to gap to a 14-point lead, 51-37, after three quarters of play and put the game out of reach in the final frame.