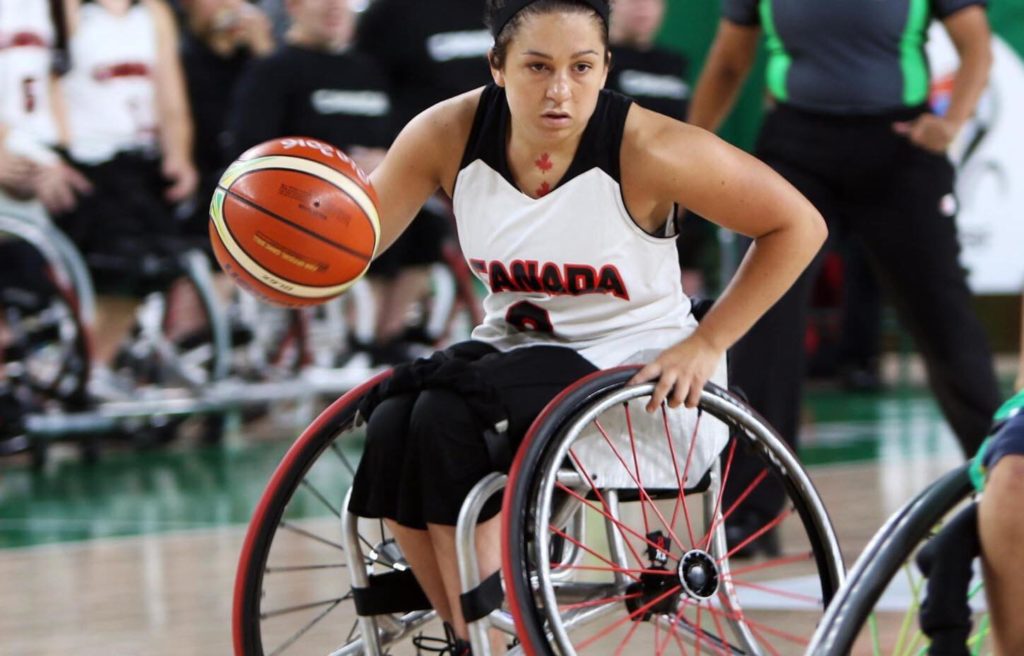 (August 24, 2019 – LIMA, PERU) With a decisive 83-6 win over Colombia, the Canadian Women’s Wheelchair Basketball Team accomplished their goal of starting strong at the Lima 2019 Parapan Am Games which run August 23 to September 1. Canada’s victory moves them one step closer toward their ultimate aspiration of finishing Top 2 in the tournament in order to clinch a spot in the Tokyo 2020 Paralympics.

Canada wasted no time against Colombia and quickly established a commanding 28-4 lead in the first quarter. Then after giving up just two points in the second frame, the Canucks completely shut down their opponents. They outscored Colombia 29-0 in the second half and forced 32 turnovers in the game.

Pender Island’s Kady Dandeneau came off the bench with ferocity and made an immediate impact in her Parapan American Games debut. She scored a game high 21 points and paced the floor with seven rebounds. Dandeneau was one of six players for Canada appearing for the first time at a major multi-sport Games.

“We wanted to find a rhythm in this game and I think we got off to a really good start for this tournament,” said Dandeneau.

“We want to make sure we are coming into every game and not taking anything lightly. This is a really big tournament and so we need to make sure every game we come out with a really high focus and good intensity.”

With 20 points, Arinn Young of Legal, Alta. was one of four Canadians to reach double-digits in scoring. Rosalie Lalonde of Saint-Clet, Que. was flawless from the field going 5-for-5 on route to 11 points, while Cindy Ouellet of Quebec City, Que. had 10 points in a game where all 12 Canadians saw court time.

“I’m pretty proud of the first game. I was really excited at the beginning. For me it means a lot. I have been working a lot of years for the chance to qualify for the Paralympics. You always have a little bubble of excitement inside you getting to play here,” said Tessier.

“We talked a lot about coming out in the warm up and starting strong. I think it’s important to bring that fire right away so that we can push through tomorrow and through the tournament. We want to let people know right away what we can do.”

Gladys Gomez tallied all six points for the Colombian side who did not qualify for the previous three major international competitions (Toronto 2015 Parapan American Games, Rio 2016 Paralympic Games or the 2018 World Championships in Hamburg).

Canada is competing in Group A of the preliminary round alongside Argentina, Colombia and Mexico. The top four finishers in the women’s event will move onto the semifinals.

Canada is looking to extend their medal winning run at the Parapan American Games, having captured two gold medals (1999, 2003) and three silver medals (2007, 2011, 2015) in five appearances. The Parapan Am tournament serves as the direct qualifier for the 2020 Tokyo Paralympic Games. Canada needs to finish in the top two to qualify for next year’s Paralympics.