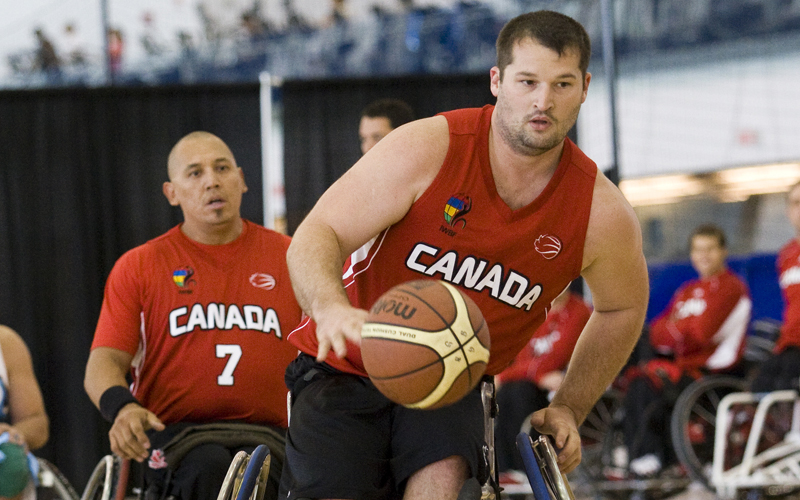 (Winnipeg, Man.) Former Team Canada power forward Joey Johnson is among the 2016 class of inductees into the Manitoba Sports Hall of Fame. 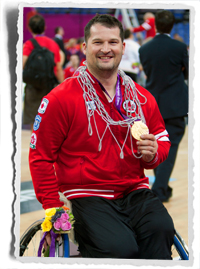 Johnson was a force for the Canadian men’s wheelchair basketball team from 1995-2012. Over the course of his career, the native of Lorette, Man. competed at five Paralympic Games, capturing three gold medals and one silver. He also won a world championship title in 2006.

In addition to his exploits with Team Canada, he has played the sport professionally in both Australia and Germany, where he became a household name as he captained the RSV-Lahn Dill club team to multiple European championships.

Johnson is among five athletes, two builders and two teams that will be inducted into the Manitoba Sports Hall of Fame on November 5, 2016 at the 37th Annual Induction Ceremony at the Victoria Inn in Winnipeg. The 2016 inductees are:

“These nine recipients join our exclusive group of Honoured Members who represent Manitoba’s finest in sport,” says Jamie Kraemer, President of the Hall of Fame’s Board of Directors. “This is an exceptional and well-deserving slate, as these inductees personify the type of excellence and achievement we strive to celebrate, showcase and preserve at the Manitoba Sports Hall of Fame.”