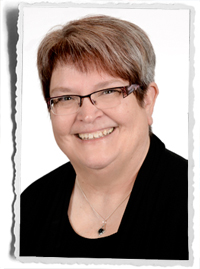 (Vancouver, B.C.) Wheelchair Basketball Canada’s Vice President of Marketing and Communications Kathy Newman has been nominated for a 2013 YWCA Women of Distinction Award.

Recognized nationally as one of Canada’s most prestigious awards for women, the Women of Distinction Awards honours women whose outstanding achievements contribute to the well-being and future of our community. The Awards also honours businesses and organizations that support the wellness and diverse needs of their employees.

Since 1981, Kathy has worked tirelessly to create opportunities for people with physical disabilities in British Columbia. Under her guidance, the BC Wheelchair Sports Association has become world-renowned for helping people with disabilities to meet their potential through sports and recreation. She pioneered several programs that have since been embraced across Canada, including ‘Bridging the Gap’ which connects newly injured participants to become involved in Wheelchair sports.

Kathy has also worked with corporate and government sectors to reduce barriers for people with disabilities and brought several high-profile wheelchair sports events to BC including the biannual Canada Cup International Wheelchair Rugby Tournament, in order to inspire a generation of people with disabilities and provide local athletes with high-performance opportunities.

On May 28, 2013, more than 1,000 people will gather at the Westin Bayshore to honour inspiring women and their achievements.is YWCA Metro Vancouver’s premier fundraising event.

The Awards recognize outstanding women and workplaces and, since 1984, has honoured 247 award recipients and more than 1,450 nominees. In addition to recognizing the nominees, this event highlights and raises funds for the programs and services that help improve the lives of more than 55,000 people each year across Metro Vancouver.

Find out more at: ywcawomenofdistinction.org.