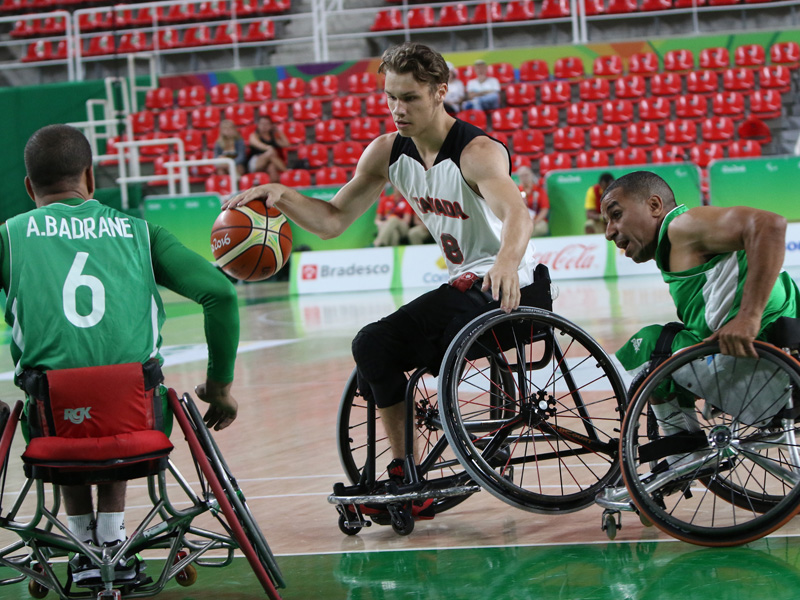 (Rio de Janeiro) The Canadian men’s Paralympic wheelchair basketball team ended competition on a high note with 70-51 win over Algeria on Wednesday morning at the Rio Olympic Arena, securing its first victory and 11th place at the Rio 2016 Paralympic Games.

“Even though we have had some tough losses, we knew we had to persevere, to come out and show our mental toughness, and to come out strong this game. We came together as a team and did that,” said Team Canada rookie Ben Moronchuk, of Edmonton, Alta.

“We didn’t have the biggest amount of confidence after what’s happened in the tournament so far and definitely weren’t happy with the way we have played,” said Canada’s Liam Hickey, of St. John’s, N.L. “So to come out today and be strong, it was a good a finish for us and we are proud. It was a great Paralympics and overall a great experience for me personally.

“We all know we could have done a lot better and we still want to accomplish a lot more. Nobody has their head down now and we are ready to get back to work for the next quad so that we can come into 2020 10 times stronger than we were at this Paralympics. I think everyone is much more eager to come back and have a stronger performance.” 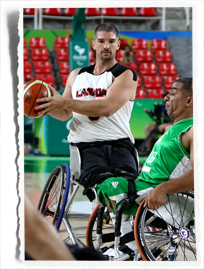 Both clubs started off slowly but picked up the pace in the second quarter as they found their grooves offensively. The Canadians had the eight-point lead at 30-22 going into halftime. Canada, determined to finish strong, seized momentum early in the third quarter en route to a 50-37 lead going into the final 10 minutes of play. Canada went on a nine-point run early in the final frame to extend the lead and put the game out of reach. All Canadian players saw game action with the bench contributing 41 points to the victory.

The Canadian women (3-2) resume play on Friday at 3:15 p.m. BRT when they face China (2-3) to determine fifth place at the Rio Olympic Arena.