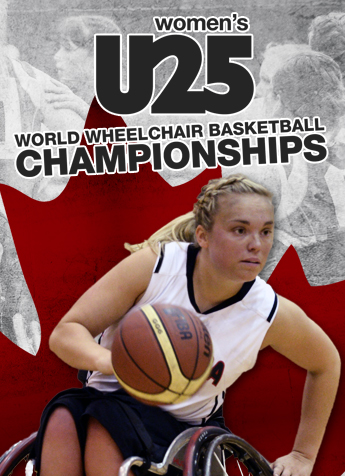 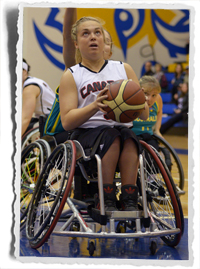 (Beijing, China) The Canadian Women’s U25 National Wheelchair Basketball Team placed fourth at the 2015 Women’s U25 World Championship after a 61-53 loss to host China on Monday in Beijing.

“The team had the fight and desire for the full 40 minutes of the game,” said Ross Norton, head coach of the Canadian side. “We lost a bit of focus and China took advantage. The team has improved immensely over the week and our program has a very bright future.”

“The team had the fight and desire for the full 40 minutes of the game.”

With the bronze medal in play both Canada (2-5) and China (4-3) started strong and the Chinese held a slight 14-10 lead after the opening quarter. The teams battled to a deadlock in the second frame, with each side posting 14 points to give China the 28-24 lead at halftime. Canada was relentless in its attempt to take the lead in the second half, but China matched the intensity and outscored the Canadians by two points in each of the final two quarters to secure the win and take third place.

Arinn Young, of Legal. Alta., registered her fourth consecutive double-double for Team Canada as she tied for the top point producer of the game with 24 points and 10 rebounds. Teammate Maude Jacques, of Lac-Beauport, Que., added 13 points.

Jacques was later named to the world championship all-star team.

This marks the second consecutive fourth place finish for Canada at the world championship for junior women, after the team also placed fourth as the host nation at the inaugural event in 2011 in St. Catharines, Ont. The event takes place every four years.

The following athletes represented Canada (athletes’ city of residence indicated / returning players from the 2011 team denoted with a *):