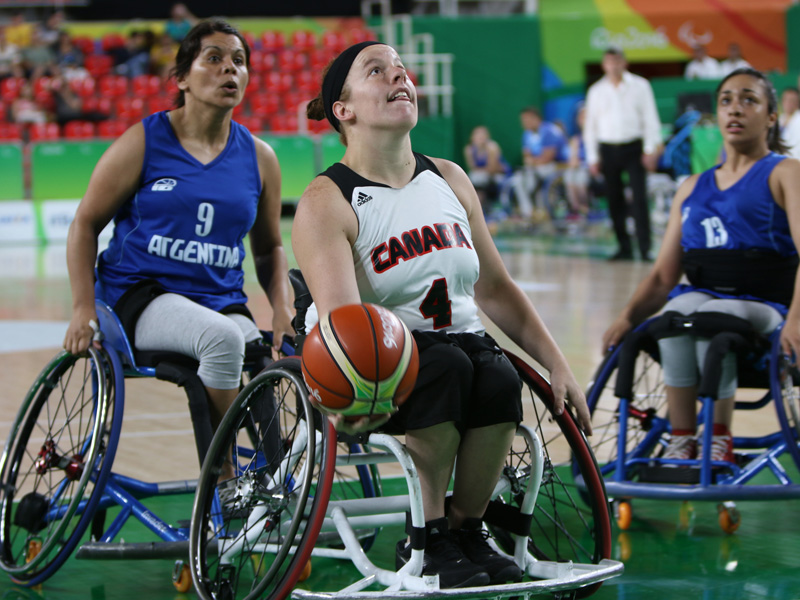 (Rio de Janeiro) The Canadian women’s Paralympic wheelchair basketball team improved to 2-0 at the Rio 2016 Paralympic Games with a 73-28 win against Argentina on Saturday morning at the Rio Olympic Arena. Meanwhile, the Canadian men fell to 0-3 after a 78-53 defeat at the hands of top-ranked rival Australia on the same court later that afternoon. 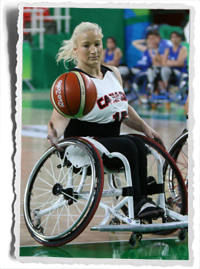 “I think we really stayed disciplined and worked together as a team. I think we stuck to our communication which is a big part in sticking together and executing.”

The Team Canada women seized control of the game against Argentina from the opening tip-off and never relinquished it. Canada opened the game on a 14-0 run by setting up shop in the paint and extended its lead to 24-4 by the end of the first quarter. Argentina had no answer for the Canadian attack and struggled to keep shooters outside of the key. The trend continued in the second frame with Canada taking a 34-10 advantage into halftime.

Canada continued to dominate in the second half en route to the decisive victory. The Canadian side utilized its depth as all 12 players got into game action and contributed both on the scoresheet and in shutting down the Argentinian offence. The Canadian bench accounted for 53 per cent of team scoring with 39 points.

The Canadian women will take on Germany in their next match on Sunday at 10 a.m. BRT at the Carioca 1 Arena.

Canada Falls Short Against Aussies in Best Outing at Rio 2016

The Canadian men’ Paralympic wheelchair basketball team delivered its best performance to date against a formidable Australian side in afternoon preliminary round play.

“It was a great game against the defending world champions and a very experienced team in Australia,” said Team Canada Head Coach Steve Bialowas. “I thought the guys did really well and we put three good quarters together.

“This is all a part of the process. Our young players are gaining more experience every game so we are seeing an improvement every game. Tomorrow is another day and hopefully we can make further improvements both on offence and defence with two games to go.” 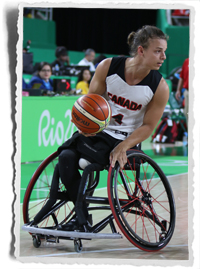 Canada started the game strong and maintained its composure despite some slick three-point shooting early by the Aussies. Canada held their own against the physical play of the reigning world champions, as Australia led 21-16 after the first quarter. Canada continued to grind it out in the second quarter, keeping pace with the Australians to trail by eight points, 36-28, at halftime.

Australia turned up the heat in the second half and came out shooting to start the third quarter, clearly determined to dash any hopes of a Canadian comeback. Canada stuck with it through three quarters but began to fade down the stretch. With a 58-44 lead going into the final quarter, Australia continued to apply the pressure to put the game out of reach for the Canadian side.

The Team Canada men will meet Japan in their next game at 9 p.m. BRT on Sunday at the Rio Olympic Arena.