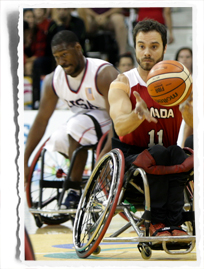 The Canadian senior men’s national team welcomed rivals from Great Britain, Turkey and the United States for a series of exhibition games at the Toronto Challenge. The action began Friday night at the Mattamy Athletic Centre in Toronto.

Canada will face Turkey in its next game at 6:15 p.m. ET on Saturday, while Great Britain and the United States will square off at 8:15 p.m. ET. Action continues through to Tuesday at the Mattamy Athletic Centre. All games are open to the public.