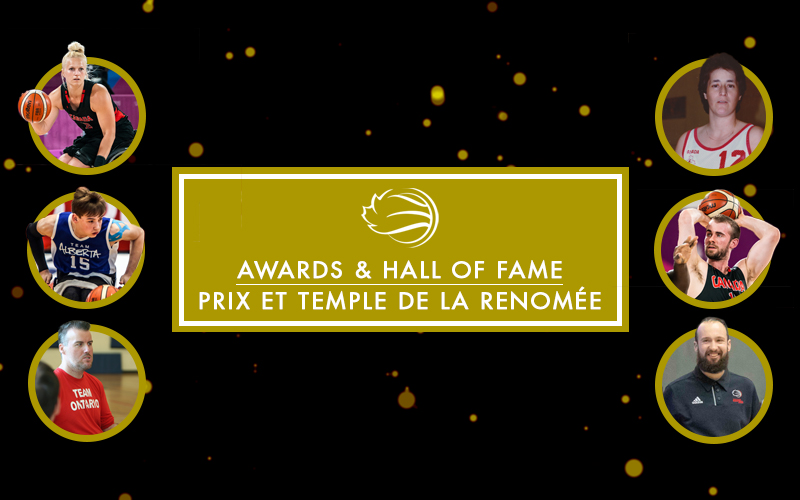 (Ottawa, Ont.) Newfoundland athlete Joanne MacDonald headlined the list of outstanding individuals honoured Saturday evening as Wheelchair Basketball Canada (WBC) welcomed her into the Hall of Fame and unveiled the winners of its annual awards.

While the current pandemic forced the cancellation of the WBC Awards and Hall of Fame banquet, which would have taken place April 18, the organization was nonetheless honoured to recognize the outstanding achievements of these individuals online on Saturday.

“Congratulations to all of the award winners and we are absolutely thrilled to welcome Joanne into the WBC Hall of Fame,” said Steve Bach, President of Wheelchair Basketball Canada. “We are proud to celebrate the excellence of those in our community who are devoted ambassadors for the game and who propel Canada closer to our vision of being the world leader in wheelchair basketball. I look forward to a time when we can bring our community together to celebrate these incredible individuals in person once the current crisis has passed.” 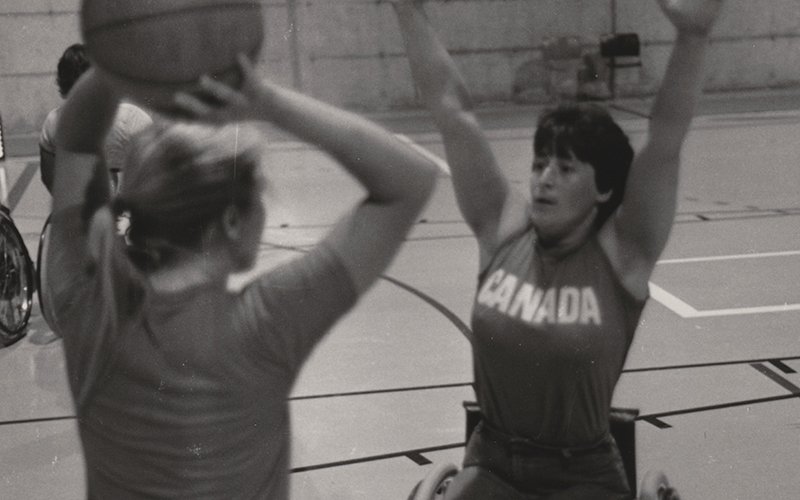 MacDonald, a resident of St. John’s, N.L., enters the Hall of Fame after representing Canada with distinction as a member of the Canadian Women’s National Team from 1974 to 1985. A three-time Paralympian, MacDonald wore the maple with honour and pride at the Paralympic Games in 1976, 1980 and 1984.

“I am deeply honoured and indeed humbled to be receiving this award,” said MacDonald. “Thank you so very much for selecting me for this honour. During my athletic career, I was fortunate to play alongside exceptional teammates. We had the distinct honour of representing Canada on the basketball court in many countries. We played hard, we won, we celebrated. We lost, we cried. And through it all we became lifelong friends.

“Growing up the idea of sport was never on my agenda. In my era, with a disability you were actively discouraged from participating in sports. We’d hear comments like ‘You might get hurt’ or “You can’t do that’. However, once I sat in that wheelchair and picked up a basketball, it was love at first dribble.”

An Officer of the Order of Canada, she dedicated much of her life to advocating to improve accessibility and inclusion for people with disabilities. 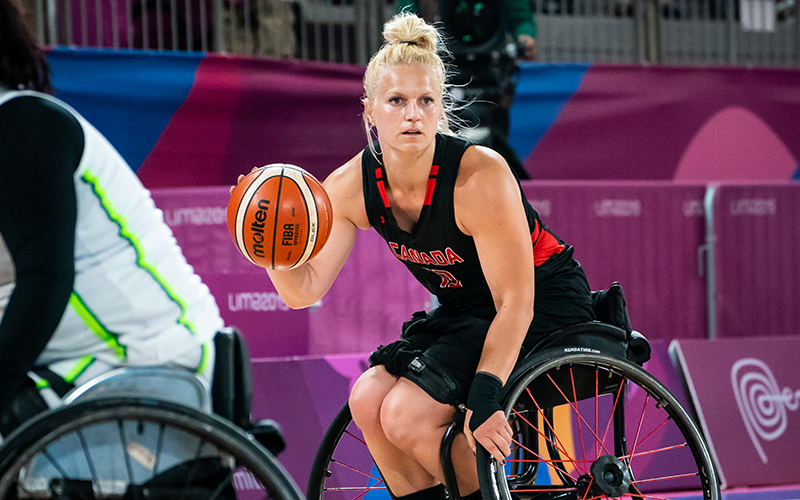 Dandeneau was an absolute force on the basketball court in 2019. She helped Team Canada qualify for the Tokyo Paralympics and propelled the Canadian women to a gold medal in a thrilling comeback victory over the rival U.S. at the Lima 2019 Parapan Am Games.

“It’s a huge honour,” said Dandeneau. “It’s been quite a process getting to this point. A lot of hard work, a lot of effort and a lot of time, not just by me but by everyone who has supported me along the way.

“I’m also very grateful for the team that I have, that I get to practice with every day and that I get to go into competition with. They always have my back, they’re always so supportive. They’re just a great bunch. I’m really happy that it’s them that I get to go on this journey with.” 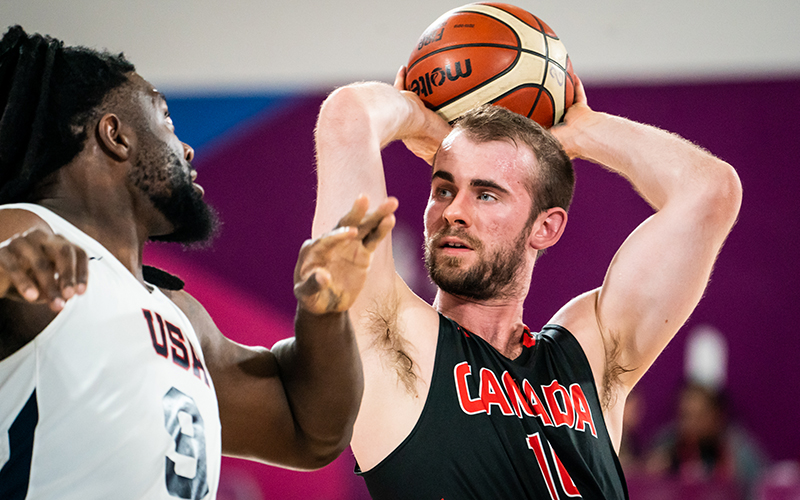 Melymick’s ascension up the ranks has been swift. In 2019, silver was a theme for the Toronto native. He helped Team Ontario to a silver medal at the Canada Games in Red Deer. He also helped Team Canada to a silver medal and a Tokyo Paralympic berth at the Lima 2019 Parapan Am Games, where he solidified a place in the starting lineup.

He won another silver medal with his club team, the Variety Village Rolling Rebels, and was named to the all-star team at the CWBL National Championship.

“It’s such an honour to be recognized for all the work I’ve done and amazing accomplishments I’ve been a part of,” said Melymick. “This award means I’m heading in the right direction and I can confidently keep moving forward towards my goal of excellence.” 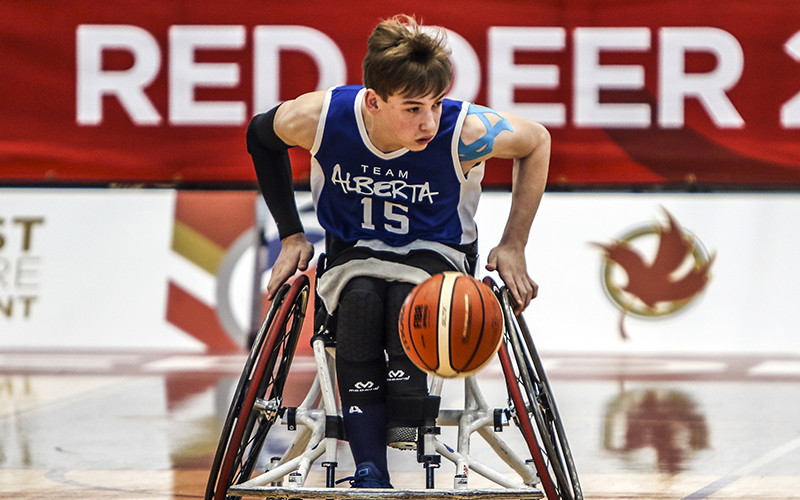 The sky is the limit for 17-year-old De’Aeth. His dedication to his craft is exemplary, while his vision, basketball IQ and work ethic are a formidable combination on the court. He won a gold medal with Team Alberta on home court at the 2019 Canada Games in Red Deer and is a member of the Canadian men’s U23 national team pool.

“It is an honour to join the list of athletes who have won this award before me,” said De’Aeth. “It also feels great knowing that all the hard work that was put into my training has paid off.” 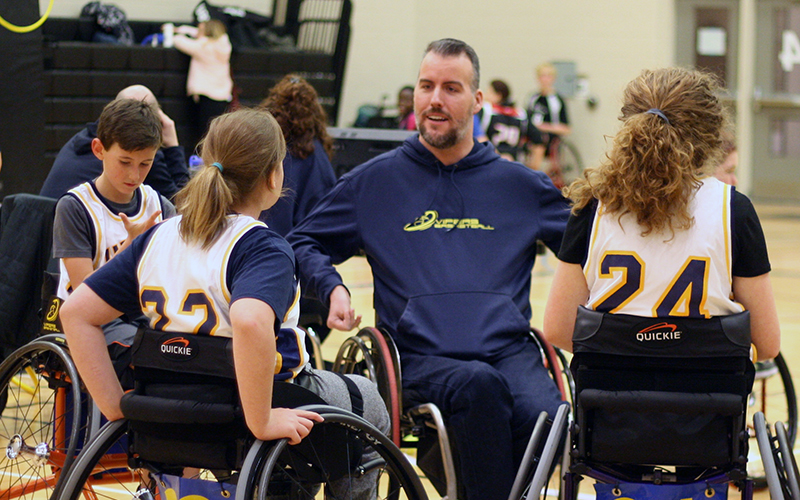 A dedicated coach and mentor for more than 20 years, Chandler is the backbone of the Burlington Vipers wheelchair basketball program and personifies the principles behind the True Sport movement and the life-changing power of sport.

“Culture is the most important thing when building a successful sports program,” said Chandler. “Culture is a shared way of doing something that should allow opportunities for everyone to succeed in an environment where people feel welcome and important. All decisions should be transparent and fair, and most importantly the focus should be on fun.

“The WBC True Sport Award gives credit to those doing that. I’m truly honoured and humbled to be the 2020 recipient. Thank you.” 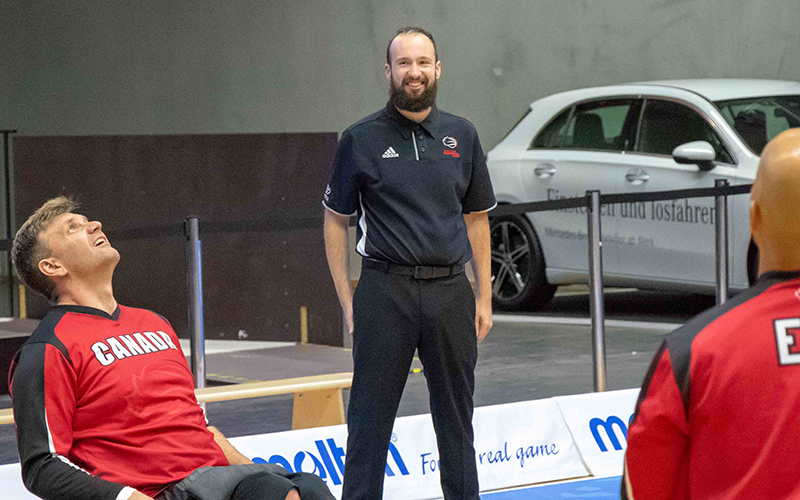 Wheelchair basketball has taken Palmer on a lifelong journey as an athlete and a coach. After starting out as an able-bodied player, his passion blossomed into a calling as a coach and mentor. An outstanding leader committed to the pursuit of excellence, he continuously goes above and beyond for the betterment of his athletes and is fully invested in the development of the game in Quebec.

“Winning the WBC Leadership Excellence Award while still being in my twenties really means a lot to me,” said Palmer. “The past winners spent years expanding and promoting wheelchair basketball in their respective regions of Canada. I’m not saying they’re old, I’m saying they’re wise and some of them share their wisdom with me personally. It’s a huge honour, although I feel like I’m just getting started.”