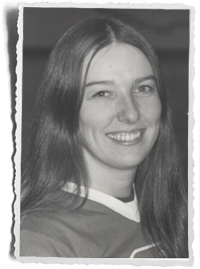 Wheelchair Basketball Canada extends its condolences to the family and friends of Diane Earl who recently passed away.

Earl was also an ambassador for the development of the women’s game. She was a key trailblazer in support of the women’s wheelchair basketball league in Canada and championed greater opportunity for women and girls to play the sport.

She was inducted into the Wheelchair Basketball Canada Hall of Fame as an athlete in 1996.

In addition to wheelchair basketball, Earl was also an accomplished swimmer and track athlete. She was inducted into the Alberta Sports Hall of Fame in 1976 for her successful career in track in field.