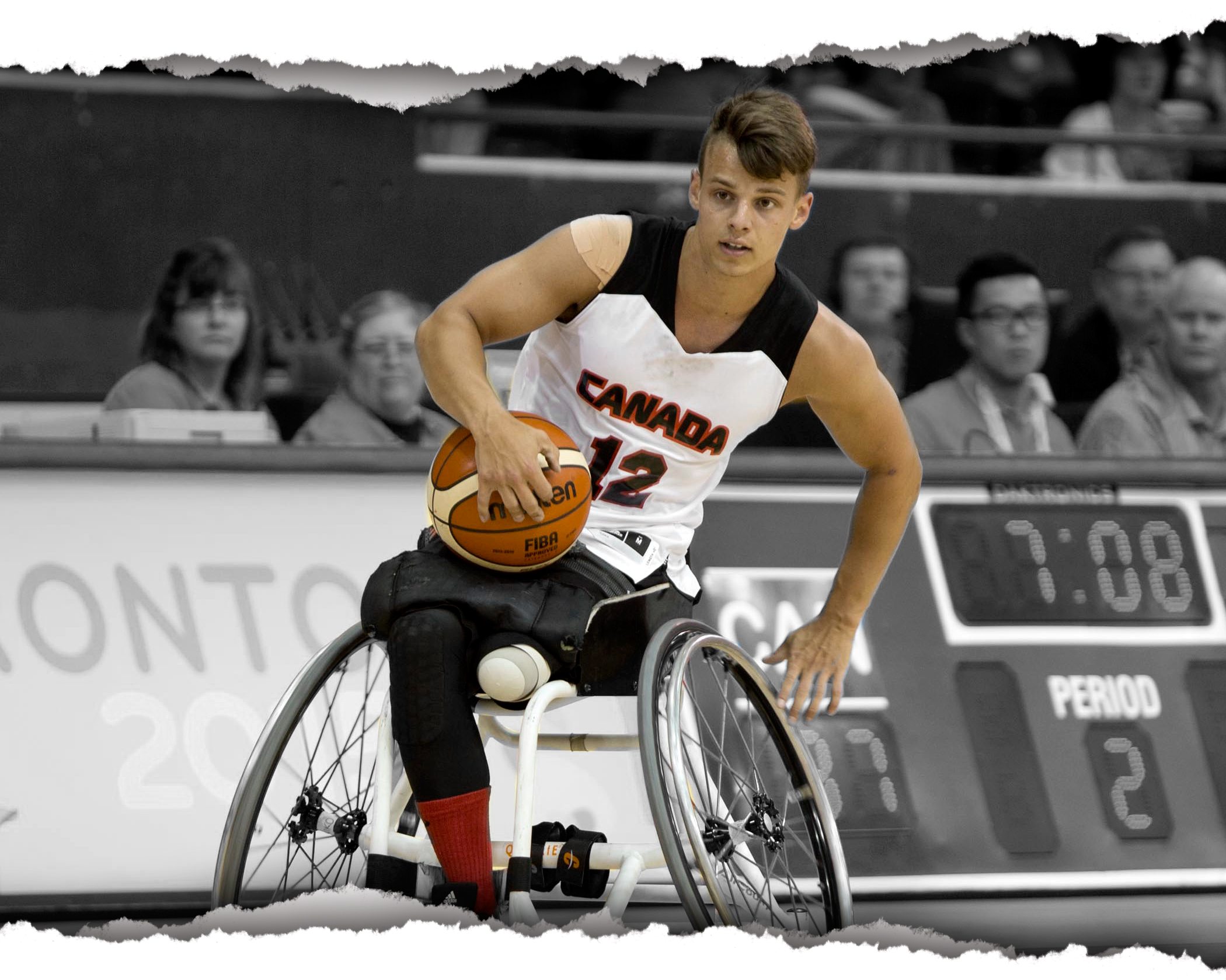 At the tender age of 15 Nik Goncin abruptly had his whole world turned upside down. An avid basketball player, Nik began to experience some pain in his knee. Thinking nothing of it at the time, he continued to play through the discomfort until, during a game, his leg buckled and he collapsed in pain. X-rays later revealed cancer in his left leg. The diagnosis required his leg to be amputated.

It was a tough adjustment for Nik post-amputation and it took a while for him to find his way back to sport during his recovery. One day, a local wheelchair basketball coach did a sport demo at Nik’s high school and invited him to a team practice. He reluctantly agreed but it turned out to be one of the best decisions he ever made. 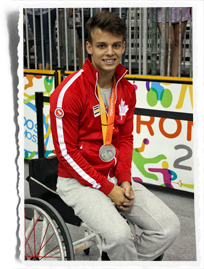 “Wheelchair basketball has had a profound impact in my life.
It played a huge role in helping me deal with the new limitations I thought that I had. I say that but really anyone with a disability is only as limited as the limits they put on themselves. With wheelchair basketball I could play again competitively, just like before, on an even playing field,” says Nik.

“Being surrounded by such athletic people, and people with disabilities of all sorts, helped me to accept myself and rebuild the self-confidence I once had. Self-image and confidence problems plague many people with disabilities and what wheelchair basketball did for me, as it does for many, is help rebuild this. I am once again confident in myself and have direction in my life all thanks to wheelchair basketball.”

“Being surrounded by such athletic people, and people with disabilities of all sorts, helped me to accept myself and rebuild the self-confidence I once had.”

The sport opened up a world of new possibilities for the young athlete. After honing his game at the local level, Nik went on to play wheelchair basketball at the collegiate level while getting his education, play semi-professionally in Europe and represent Canada at the Paralympic Games.

“Without my local program and my first coach, and the support of Wheelchair Basketball Canada, I would not be where I am today. Whether young people want to play recreationally or competitively like me, physical activity and learning to work as part of a team go a long way in building character.” 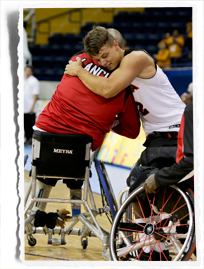 Wheelchair Basketball Canada believes in the power of sport and strives to empower all Canadians to reach their full potential both on and off the court. As a valued supporter of our organization, you can help strengthen our programs in order to foster the next generation of Canadian wheelchair basketball athletes.

Your support allows local programming to prosper across Canada and empowers young athletes to reach their full potential and pursue their Paralympic dreams, just as Nik did.

You can and you do make a difference in the lives of young people with disabilities!