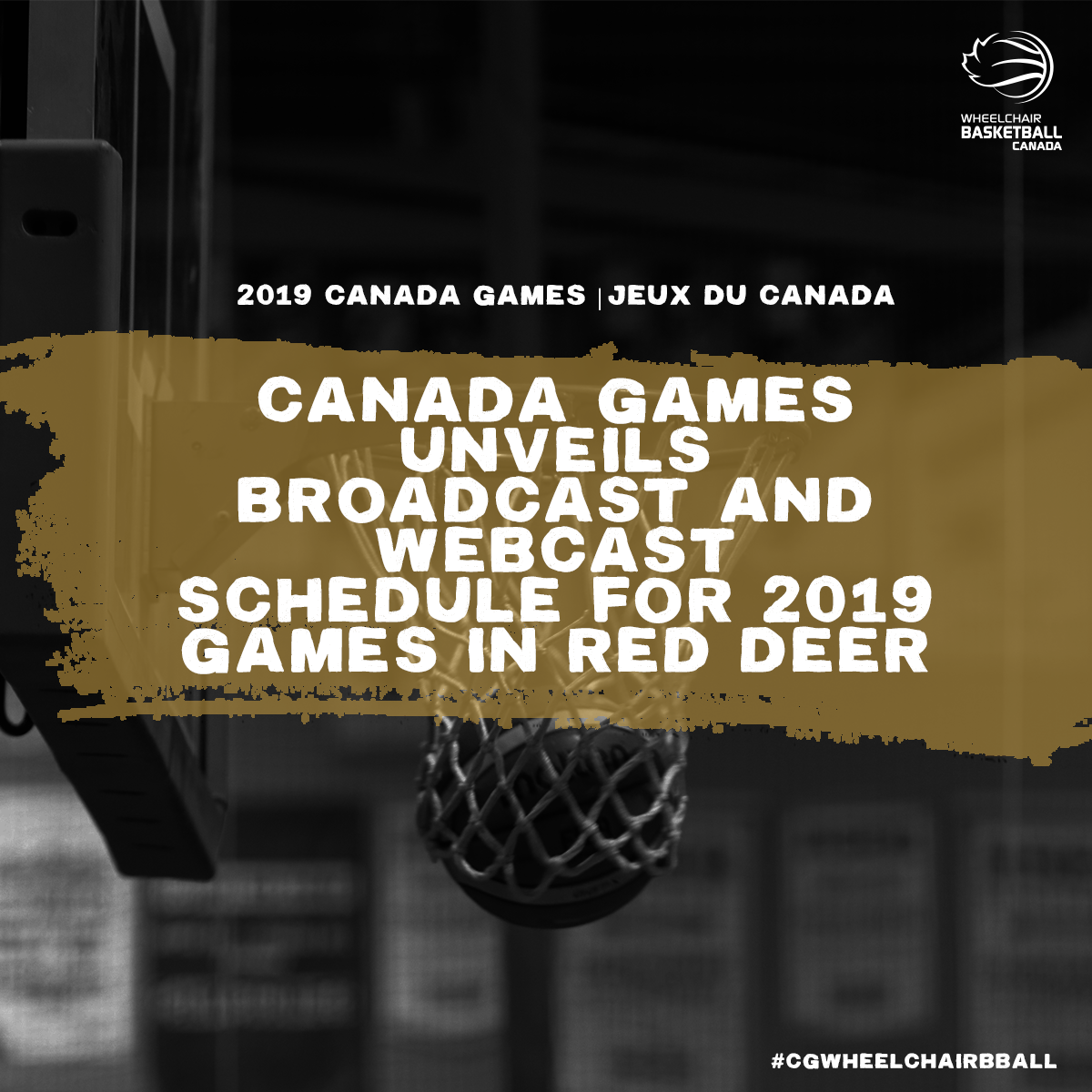 (Red Deer, Alberta) The 2019 Canada Winter Games, along with TSN, RDS and SportsCanada.TV, have announced the official national broadcast and webcast schedules for the 2019 Games.

TSN’s comprehensive schedule includes 40 hours of English coverage while RDS features 40 hours of French coverage. All broadcast footage is available for live-streaming through the TSN and RDS apps.

Webcasting coverage of the 2019 Games is provided by SportsCanada.TV and featured on CanadaGames.live, the Canada Games webcast portal. Every single sport at the 2019 Canada Winter Games receives live or on-demand webcast coverage. In total, over 1,300 hours of action is captured over the 2019 Games through webcast. The webcast is sponsored by IFR Workwear.

“We are thrilled to have TSN and RDS on as the official broadcast partners and SportsCanada.TV as our official webcaster to share the Canada Games with the entire nation,” said Lyn Radford, 2019 Canada Winter Games Board Chair. “Our comprehensive broadcast and webcast coverage allows viewers from across the nation to tune in to Canada’s top young athletes competing in Canada’s largest multi-sport event.”

“TSN and RDS are a partner of choice,” says Tom Quinn, Canada Games Council Chairman. “As the country’s trusted source for sports news and information, Canadians look to them for unforgettable championship sports moments like the Canada Games. We’re also thrilled that fans from coast to coast to coast will be able to watch all sports in real time on CanadaGames.live.”

“As the official broadcaster of the Canada Games, TSN is very excited to showcase many of the country’s most talented emerging athletes,” said Mark Milliere, Senior Vice-President and General Manager, TSN. “The Canada Games shine the spotlight on young Canadian athletes across a multitude of disciplines, and we’re proud to deliver extensive multi-platform coverage and daily highlights from this national celebration of sport.”

“RDS’ long-standing commitment to the development of Canada’s athletes has always been part of our DNA. Partnering with the Canada Games is another concrete example of our commitment, said Robert Turcotte, Vice President, Programming and Business Development, RDS. The Canada Games provide an important showcase for these athletes and we are pleased to provide media coverage of the 2019 Games competitions to the Francophones from across Canada.”

“SportsCanada.TV is thrilled to continue our partnership with Canada Games for the 2019 Winter Games in Red Deer,” said Choyal Brown, founder of SportsCanada.TV. “We will be live streaming over 1,300 hours of competition in 19 different sports and looking forward to providing family, friends and fans who cannot make it to Red Deer with an opportunity to watch and support their athletes. It will be an exciting two weeks covering some of Canada’s best young athletes!”

Click here to visit the CanadaGames.live webcast portal for the webcast schedule.

About the 2019 Canada Winter Games
From February 15 until March 3, 2019, the eyes of the nation are on Red Deer, Alberta for the 2019 Canada Winter Games – the largest multi-sport and cultural event for youth in Canada and the largest event to be hosted in Red Deer’s history. Featuring over 150 events in 19 sports and a major arts and cultural festival, the 2019 Canada Winter Games welcomes up to 3,600 athletes, managers and coaches and more than 100,000 spectators, with a significant forecasted economic impact. The 27th edition of the Canada Games, the 2019 Games is set to provide a stage for Canada’s next generation of national, international and Olympic champions to compete and leave a legacy for athletic and leadership greatness in Red Deer and central Alberta.