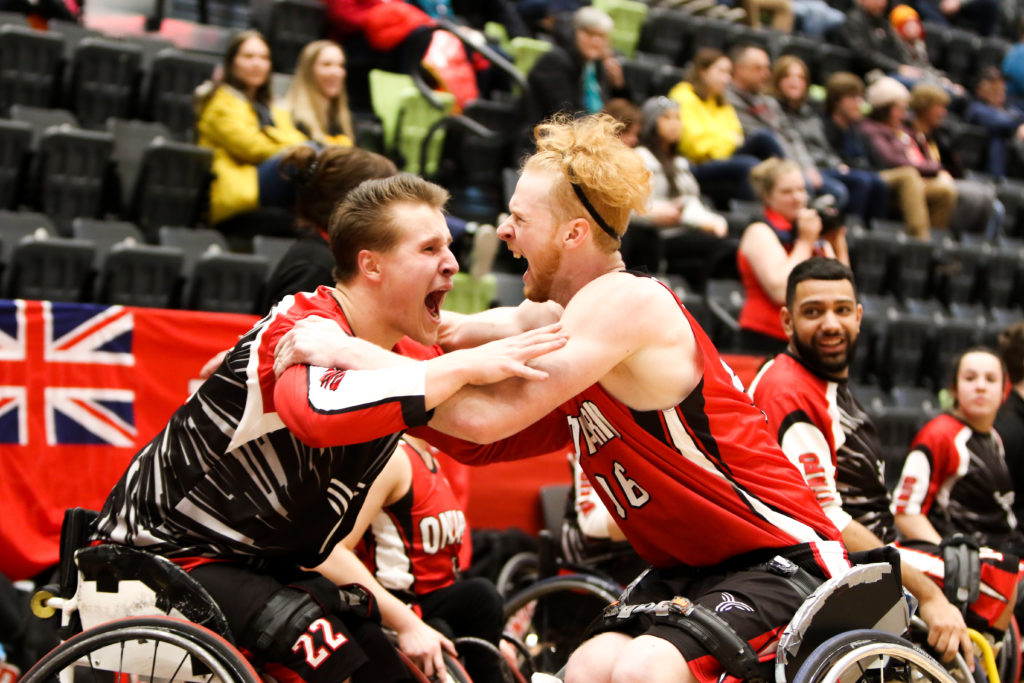 (Red Deer, Alberta) Top seed and host Alberta and dark horse Ontario will battle for the gold medal in wheelchair basketball at 7 p.m. MST on Thursday at the 2019 Canada Winter Games in Red Deer, Alta.

Quebec and New Brunswick will be vying for the bronze medal at 5 p.m. MST Thursday. The medal games will take place at the Gary W Harris Canada Games Centre. 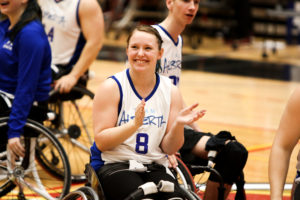 The powerhouse Alberta team remained the only undefeated team at Canada Games with a 56-37 win over New Brunswick in the semifinals. Bradon Doll of Camrose once again led the Alberta attack with one assist short of a triple double, finishing with 26 points, 14 rebounds, and 9 assists.

Ontario was victorious in a heated semifinal match with rival Quebec in front of a packed crowd. Both teams came out with guns blazing, exchanging leads throughout the game. In a huge upset, Ontario pulled ahead for the 48-46 win in the end.

The emotion and energy coming from the Ontario bench was electric after ending Quebec’s 24-game winning streak at the Canada Games, dating back to 2003. 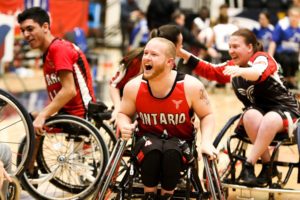 “It feels amazing right now!” said St. Marys native Eric Voss, captain of Team Ontario. “It was such a big game. Quebec and Ontario are rival teams and Quebec is such a great team. Everyone on Team Ontario played at their best and everyone stayed composed until the end. It was a great game!”

Voss says as long as Ontario sticks to their game plan, they’ll give Alberta a run for its money in the final.

Alberta and Ontario collided in round robin action in one of the most heated and closest matches of the tournament, where Alberta pulled ahead by five points in the end. Ontario will be looking to draw even in a rematch that is sure to be an epic battle.

Games are webcast live through the official Canada Games web portal at canadagames.live/wheelchair-basketball.