Canada Falls to Japan in Close Match, Goes on to Play Germany for 5th Place in 2017 Men’s U23 World Wheelchair Basketball Championship

(Toronto, Ont.) Team Canada has made their way to the classification matches at the 2017 Men’s U23 World Wheelchair Basketball Championship and will take on Germany for fifth place Thursday at the Mattamy Athletic Centre in downtown Toronto.

Brazil outpaced the South African team from the get-go, securing a 14 point advantage in the first quarter and building on that momentum throughout the rest of the game. Francisco Sampaio paced the Brazilian offense with 19 points and Ayabongo Jim notched 14 points for Team South Africa. 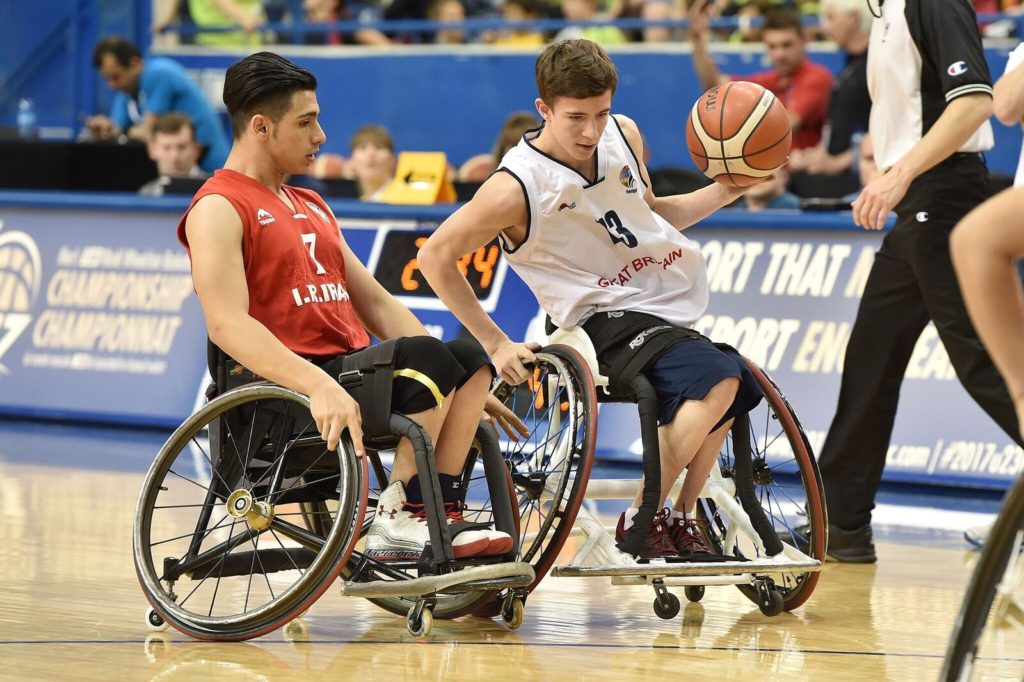 In the first quarter-final match of the tournament, Great Britain claimed a 77-50 win against Iran after a dominant performance.

The British team came blazing out of the gates to produce a 15 point lead by half. The Iranians found themselves in some foul trouble and weren’t able to contend with the British offense to close the gap.

Team Great Britain managed to push ahead by 17 points to end the game with Jack Perry leading the British offense with 20 points. Iran’s Mohammadhassan Sayari countered with a game-high 21 points.

With the win Great Britain advances to the semifinals and Iran will be playing for seventh. 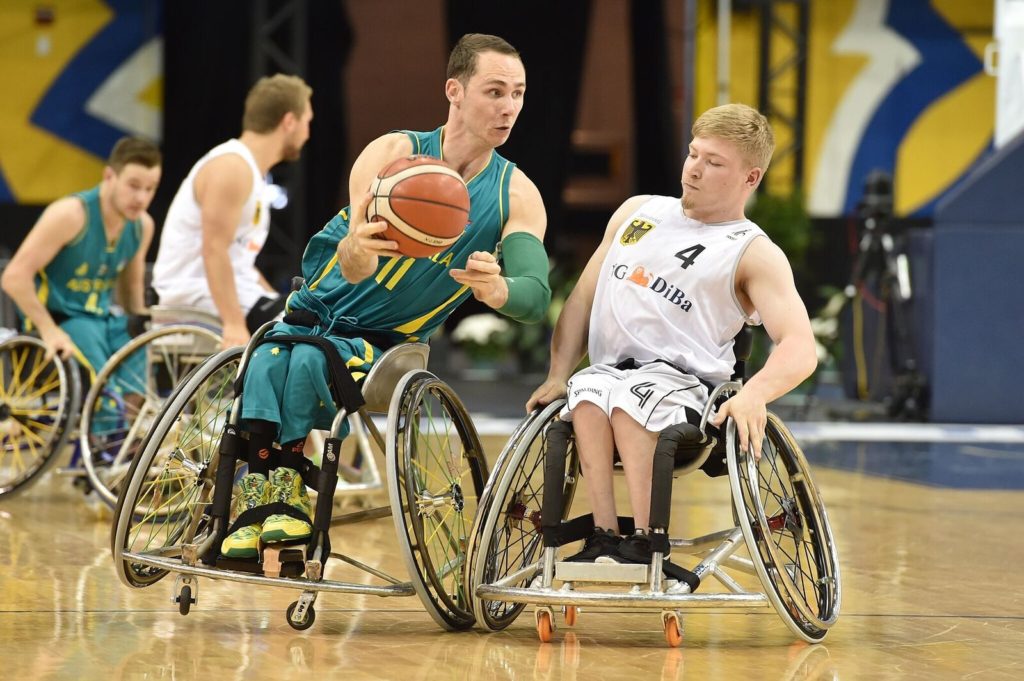 With a 69-66 win against Germany, Australia advances to the semifinals.

The first half of the game favoured Germany as the team took advantage of cracks in the Australian defense while also pushing away their offense. Going into the second half Germany led by 11 points.

The Australians would not be deterred and with renewed intensity managed to make it a one point game by the end of the third quarter. The Germans were unable to stop the sharp shooting by Australia’s Tom O’Neill-Thorne that allowed them to take the lead in the fourth.

Germany’s Matthias Güntner was the team-high scorer with 19 points, while teammate Nico Dreimüller contributed a double double with 12 points and 10 assists. On the Australian side O’Neill-Thorne paced the Australian attack with game-high 29 points. 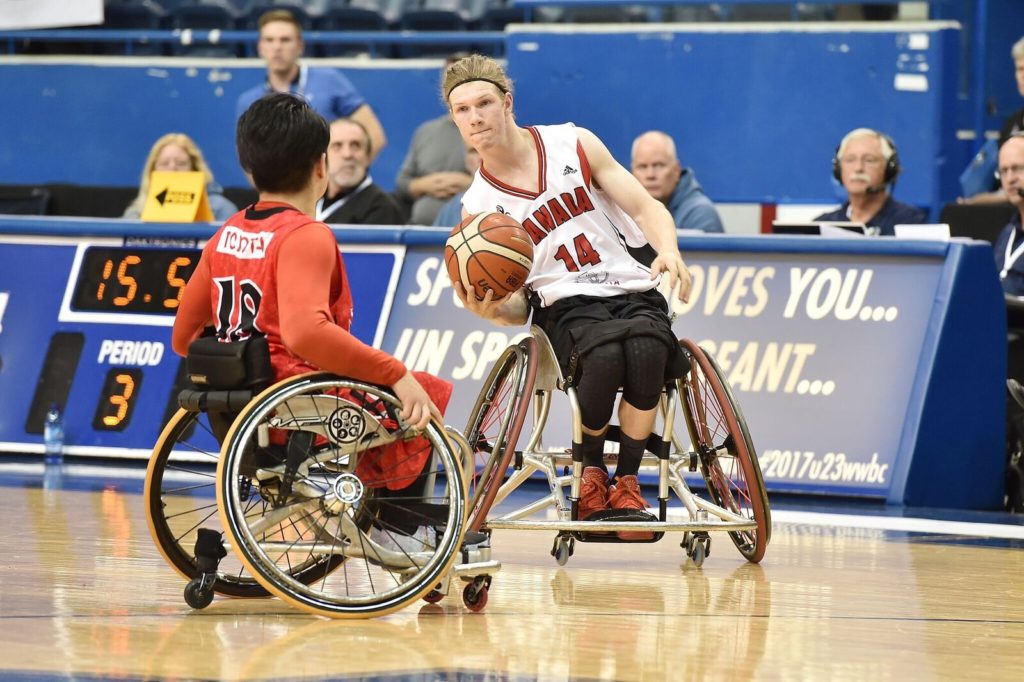 Canadian hosts were unable to push past the strong Japanese defense and admitted a 58-45 defeat to Japan after a tight quarter-final match.

The first half was a low scoring affair, both teams unable to find a way past the other’s defense. Japan held a small two point lead at the end of the first quarter but was able to push away from the Canadians, ending up with an eight point advantage at half.

The teams returned to the court to exchange baskets throughout most of the second half with Canada chipping away at Japan`s lead. It wasn’t until halfway through the fourth quarter, with Canada only trailing by four, that Japan hit their stride and left the Canadians behind after going on a 13 point run.

Japan’s Takuya Furusawa tallied the game-high 21 points and Renshi Choikai secured a double double for Japan with 11 points and 12 rebounds. The Canadian contingent was led by Liam Hickey’s 19 points and 14 rebounds for a double double while Ben Moronchuk nearly matched Hickey`s output by contributing 18 points.

“I’m really proud of the guys, they came together and they had an opportunity to win it,” said Canadian assistant coach, Dave Durepos. “We came a little bit short this game and have to give it to Japan, they’re a quick team. This is a great opportunity to grow, they’ll probably always remember this when it’s going to be difficult to go on. We’re looking forward to playing Germany, we played against them just this past month and we did well, so I’m looking forward to it.” 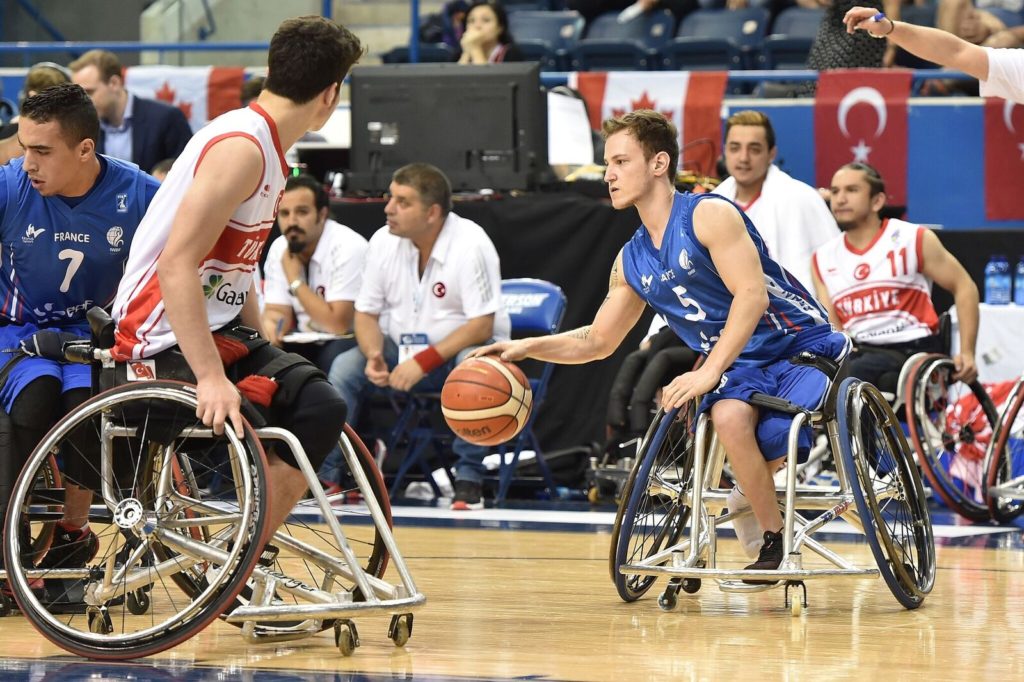 Adding another barn burner to the day’s quarter-final matches, Turkey defeated France with a 60-54 win to secure a berth to the semifinals.

France unleashed a spirited attack against the undefeated Turkish team. After a tied score at half, French players Alexis Ramonet and Louis Hardouin led the team to a five point lead in the third quarter. Turkey’s Ahmet Efetürk countered for Turkey to tie the game once again going into the fourth.

For the first time in the game Turkey took the lead in the fourth after a 10-2 run that France couldn’t recover from. Efetürk took the game-high 22 points for Turkey while Ramonet and Hardouin finished with 18 points each for France.