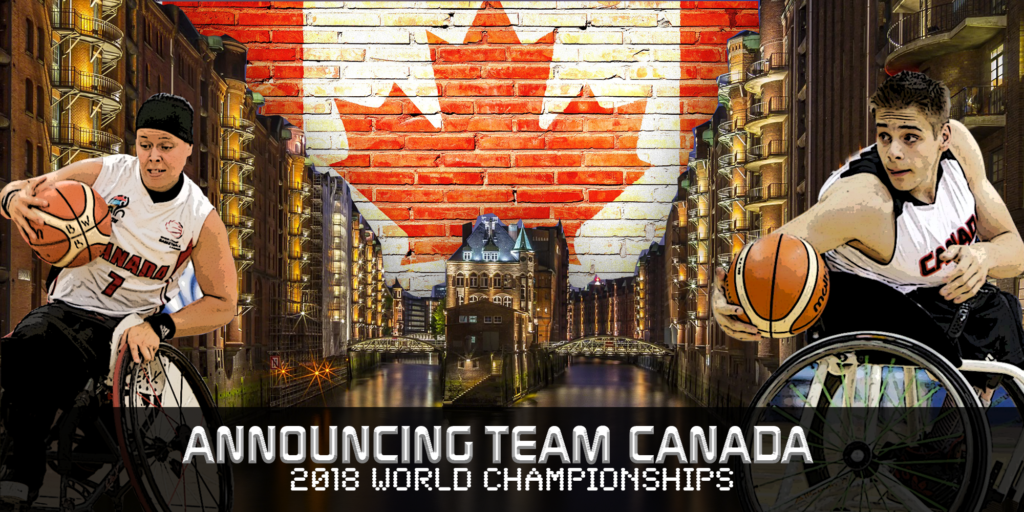 (July 31, 2018 – OTTAWA, ONT.) Wheelchair Basketball Canada is pleased to announce the athletes selected to represent Canada as members of the Senior Men’s and Women’s National Teams at the IWBF World Championships from August 16-26, 2018 in Hamburg, Germany.

“We congratulate all of the athletes for their hard work and dedication in earning a spot on Team Canada for the 2018 IWBF World Championships,” said Wheelchair Basketball Canada High Performance Director Jeff Dunbrack. “We have two very competitive teams, backed by a strong leadership group and an incredible support staff, and we all look forward to an intense competition in Hamburg. We have made great strides in our development as a program as we hit the midway point in our quad and continue to build towards Tokyo 2020 and beyond.”

“What an exciting day for all the dedicated athletes who have been chosen to represent Canada at the 2018 IWBF World Championships,” said the Honourable Kirsty Duncan, Minister of Science and Sport. “This is an opportunity like no other. These athletes will not only have a shot at claiming the World Championship title, but they will also inspire many young Canadian athletes watching from home. I wish our Team Canada athletes the best of luck as they compete in Hamburg, Germany, next month. Canada supports you and is cheering you on!”

The athletes named to Team Canada are as follows:

“I am very excited to be a part of this talented young team and wear the maple leaf across my chest one more time and represent Canada at the World Championship,” said veteran athlete Cindy Ouellet. “As the defending world champions, we know we have to be at our best every game because the competition will be incredibly high. We have logged a lot of hours on court and in the gym to prepare for this event. We trust the process and in each other. We know that we are ready to take another shot at the podium in Hamburg.”

“Even after all of these years on the national team, it remains a great honour for me to be able to represent Canada in wheelchair basketball,” said Team Canada co-captain David Eng. “As a team, we have a tight-knit group of guys with a lot of experience and talent and I can’t wait to hit the court and show what this team can do. Worlds is the biggest event in our sport outside of the Paralympics and it will be a big test for us.”

The 2018 IWBF World Championships will feature 16 men’s teams and 12 women’s teams vying for the world title as the top athletes in the game showcase the elite skill, pure athleticism and dynamic speed that allows wheelchair basketball to captivate audiences around the globe. The event is a catalyst for promoting inclusion and marks the largest world championship in the history of the sport and one of the largest international parasport events outside of the Paralympic Games.

Both Canadian teams have been centralized since May at the Wheelchair Basketball Canada National Training Centre located at the Toronto Pan Am Sports Centre in Scarborough, Ont., to prepare for Hamburg. The Canadian men will travel to Italy and the women will depart for France for staging in early August prior to the start of the 2018 IWBF World Championships.

The Canadian men and women play their opening games at the 2018 IWBF World Championships in double-header action on Friday, August 17, as the men face Morocco and the women take on Great Britain. 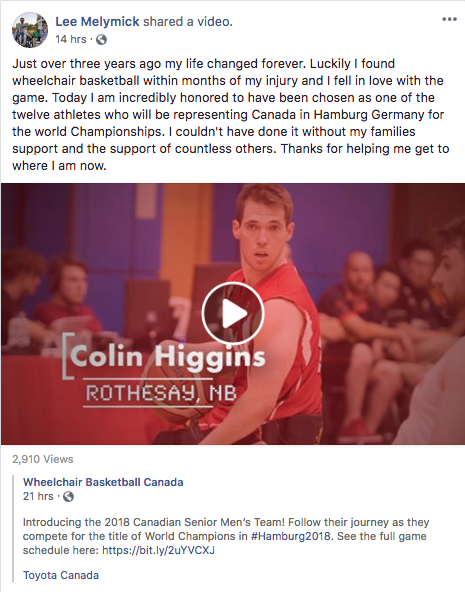