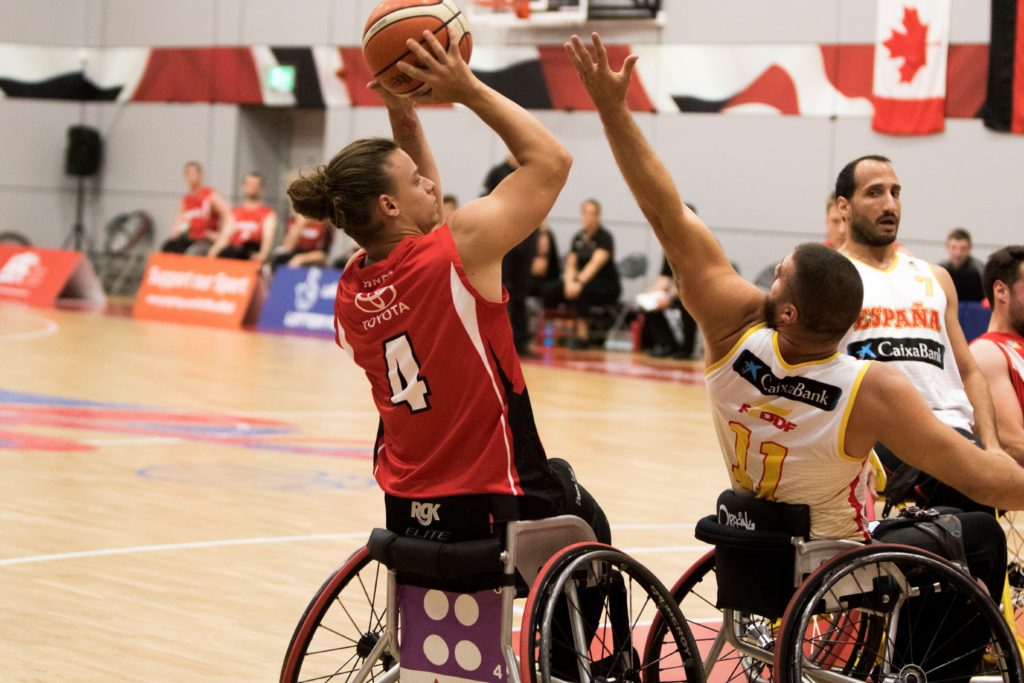 (Sheffield, U.K.) Following a decisive victory over Poland on Tuesday, the Canadian Senior Men’s National team secured their second win of the 2018 Continental Clash against Spain on Wednesday 76-69.

Spain opened the scoring in the first quarter, taking an 8-3 lead after Canada failed to convert on offense early on. Spain led 15-11 at the end of the first with Nik Goncin tallying six of Canada’s first 11 points.

Goncin would continue to push on offense, hitting a couple threes by the midpoint of the second quarter to keep Canada in the game. Before hitting a three to put Canada in the lead, Patrick Anderson fed a breaking Goncin with a beautiful baseball pass, contributing to one of his seven first-half assists.

Canada trailed Spain 37-33 at the half on Goncin’ 20 first-half points.

The third frame saw Anderson putting on an offensive show, scoring 21 straight points for Canada in seven minutes to secure a 58-52 lead by the end of the third quarter.

More offense from Goncin and Anderson in the fourth quarter gave Canada the biggest lead of the game at 64-54. Spain would push back hard in the final few minutes of the game, but a couple clutch baskets from Chad Jassman late in the fourth sealed the deal for the Canadians as they took their second win of the tournament 76-69.

Anderson finished with a spectacular 35 points, 16 boards and 10 assists while Goncin fell just one assist short of a triple-double, finishing 28-11-9.

The Canadian Senior Women’s National Team played their final game of the round-robin against the hosts, Great Britain, on Wednesday afternoon. Unfortunately, after a late comeback by Great Britain, the Canadians fell just short, losing 76-69.

Team Canada last faced Great Britain in at the Lyon Competition on June 9th in 61-49 loss in the gold medal match.

After four quick points from captain Cindy Ouellet followed by a great basket by Rosalie Lalonde, Canada led 14-13 at the end of the first quarter.

Young finished the half with 10 points and five rebounds, just ahead of Ouellet’s nine points and four rebounds. 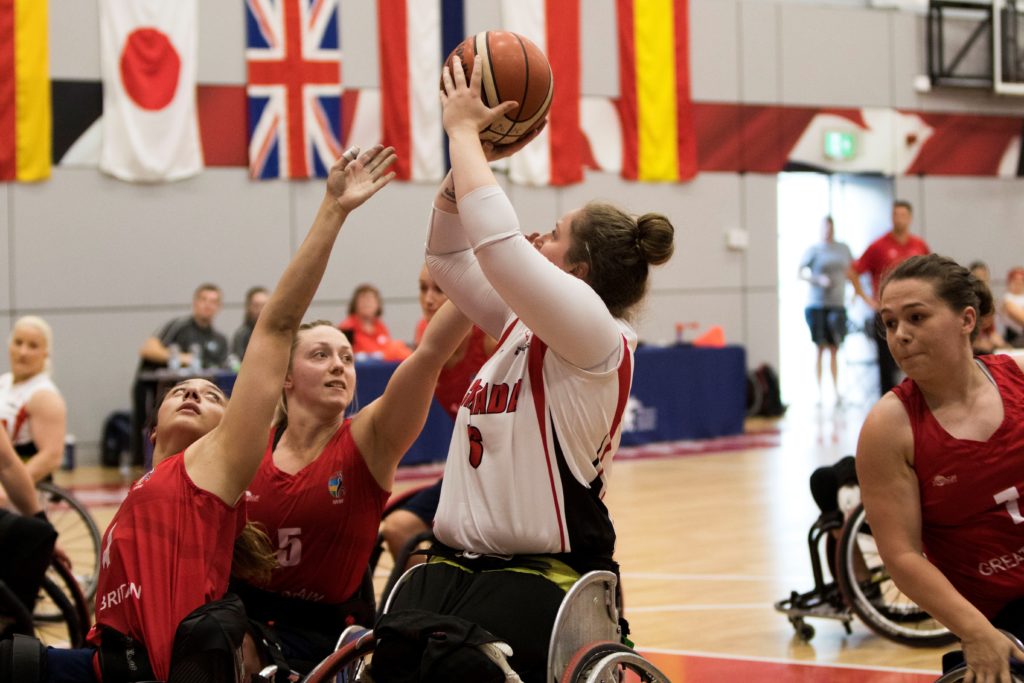 Team Canada began the third quarter on a solid offensive run, giving them a 14-point lead—the largest lead of the game. Great Britain responded right away with a hard full-court press, forcing Canada to turn the ball over in their own end. After Great Britain brought the score within eight points, Team Canada coach Marc Antoine Ducharme called a time-out.

The Canadians caught a break on offense near the end of the quarter when Ouellet converted on yet another and-one to stop Great Britain’s momentum. Canada ended the third quarter with a 42-35 lead.

In the fourth quarter, Great Britain continued to chip away at the Canadian lead, bringing the score within one point at midway through the final 10 minutes. Great Britain would go on an 11-0 run to turn the tables on the Canadians and earn a four-point lead.

Forced to foul the hosts late in the game to stop the clock, the Canadians were unable to prevent the comeback as Helen Freeman led Great Britain with 24 points to a 76-69 victory.

The Canadian Senior Women’s National Team next play on Thursday at 9:30 a.m. BST (4:30 a.m. EDT) in the semi-finals where they will have a second shot at redeeming themselves against Great Britain.