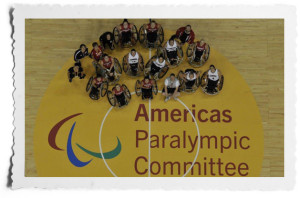 (OTTAWA, ONT.) The Canadian Parapan Am Men’s and Women’s Wheelchair Basketball Teams invite media to attend open practices on August 6, 2015 at the Ryerson Athletic Centre as both teams prepare for their quest to reach the top of the podium at the Toronto 2015 Parapan American Games.

As the sole qualifier for the 2016 Paralympic Games, the Toronto 2015 Parapan Am Games are crucial for both national teams. The Canadian men are the defending London 2012 Paralympic champions and must finish amongst the top two teams in Toronto in order to qualify for Rio 2016. On the women’s side, Team Canada sits atop the world rankings as the reigning world champion and must finish amongst the top three teams in order to punch its ticket to Rio.

TV/Photo Op: Catch a glimpse of the sheer athleticism, speed, and intensity of the wheelchair basketball players who will star at Toronto 2015

What: Team Canada open practices before Toronto 2015 Parapan Am Games

To arrange an interview with athletes and coaches before or after the open practice, please contact Jody Kingsbury at 613-851-2337, or by email jkingsbury@wheelchairbasketball.ca.