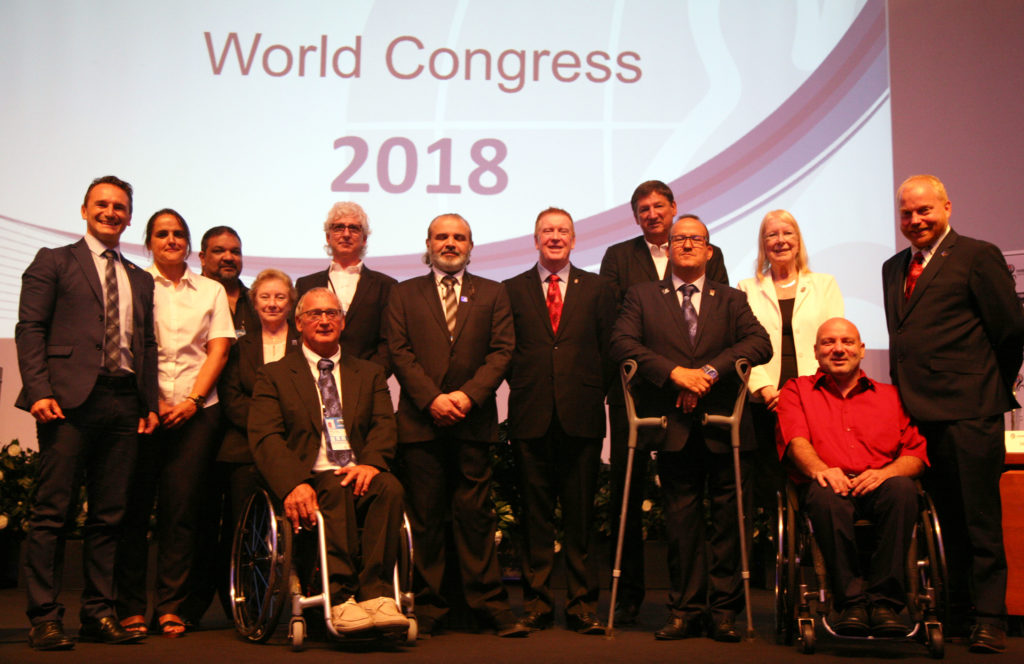 In addition to his work with the IWBF, Bach serves as President of Wheelchair Basketball Canada. He was also a development officer with the IWBF Americas Zone, and the Toronto 2015 Parapan American Games Sport Organizing Chair

“Steve Bach is known in Canada and around the world as a very well-respected and passionate leader in wheelchair basketball. Congratulations to him on being named Vice-President of the IWBF. His contributions to the growth of the sport throughout his career have been immense. So it is an absolute privilege and very exciting to continue to work with such a quality individual on the growth of the sport here at home and abroad,” said Wendy Gittens, Executive Director, Wheelchair Basketball Canada.

Forty-four member countries from around the world were present at the IWBF World Congress, which was held in Hamburg, Germany, to hear about the progress made by IWBF since 2014 and to elect the executive council.

Joining Bach on the IWBF executive council for the next four years are:

“Over the past four years we have made big steps in developing the federation, but we need to continue this momentum going forward to create a professional and sustainable future for our sport. I know this board also believe in all our goals and aims and will work hard to achieve this,” said Mehrens.