(Sheffield, U.K.) Although Canadian Senior Women’s National Team couldn’t quite get by a strong Netherlands team in the semi-finals on Thursday morning, they had a chance to play for third place on Thursday afternoon. Following a heartbreaking loss against Great Britain on Wednesday, the Canadian Senior Women’s National Team faced the hosts again in the bronze medal match on Thursday afternoon, winning 66-47.

After trading baskets with Great Britain all quarter, the Canadian starters spread the scoring evenly across all five players to keep the score close at 16-15 at the end of the first quarter.

In the second, Rosalie Lalonde caught fire, quickly scoring six of her 12 first-half points to give Canada a five-point lead at the start the quarter. 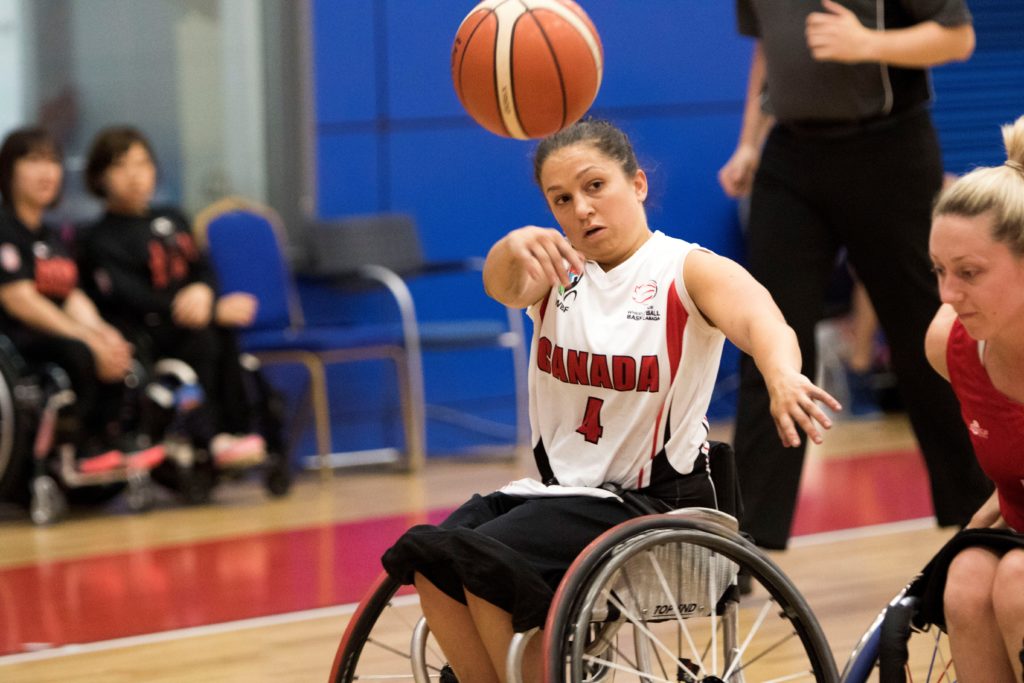 Team Canada stopped Great Britain from scoring for six straight minutes after the last 22 seconds of the first quarter. Canada ended the half up 29-22.

Canada quickly extended their lead in the second half, going up by 10 points midway through the third frame. Arinn Young, Cindy Ouellet, and Lalonde then took turns scoring to give Canada a commanding 16-point lead, but Great Britain countered late in the frame to keep the score within 10 points after 30 minutes.

Through the first three quarters, Team Canada held British sharp-shooter Helen Freeman to just six points after she scored a game-high 24 points against Canada on Wednesday.

After a couple deep twos from Young and a great finish by Ouellet streaking down the middle of the key, Canada redeemed themselves against Great Britain and solidified their place on the podium in a thrilling 66-47 victory.

The Canadian Senior Men’s National Team faced off against Japan in their second-to-last match in Sheffield on Thursday. The Canadian Men won 75-65, securing their third straight victory of the tournament.

Before the match, Canadian superstar Patrick Anderson was asked about heading into the final two matches of the tournament: “the toughest two games are coming up,” said Anderson. “The speed and athleticism of these next two opponents – we’ll be tested in a different type of way than we have in the first half of the tournament.”

Both teams exchanged points early on as the first quarter ended in a 16-15 bout in favour of Canada.

In the second, Nik Goncin and Patrick Anderson invigorated Canada’s offense by trading points back and forth as Canada pushed extended their lead to 11 just three minutes into the quarter. They would keep that lead going into the half, finishing the first 20 minutes up 40-29. 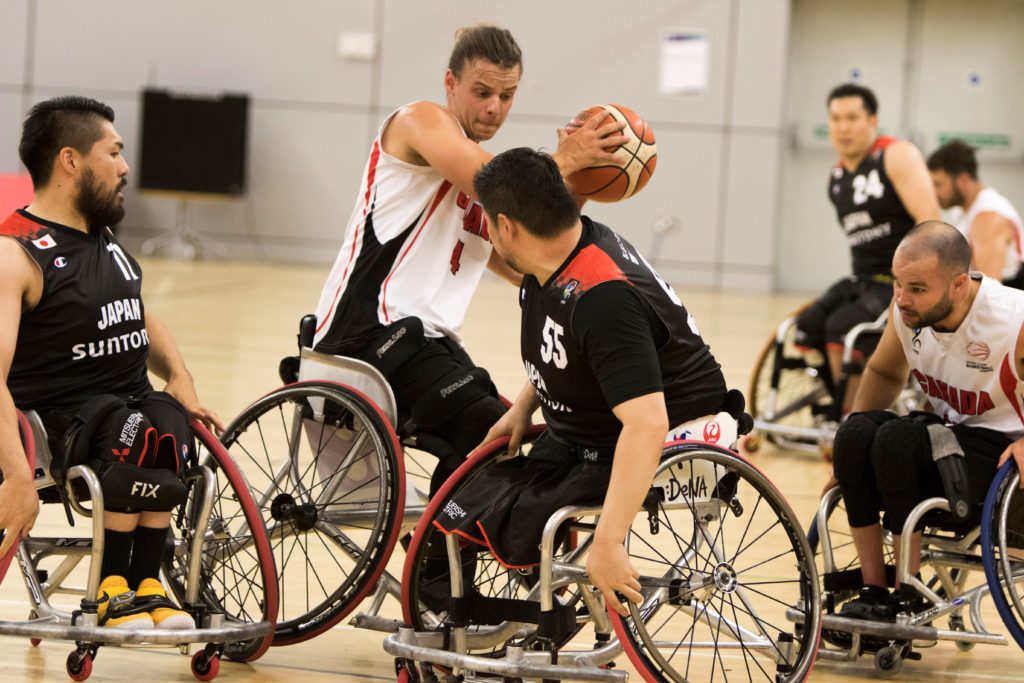 Japan came out hard after the half, scoring six straight to close the gap to just five. Goncin countered by scoring 10 of Team Canada’s next 12 points to hold onto a comfortable lead. At the end of the third, Canada led 54-46.

In the final frame, Higgins would come back into the game to get a couple points and extend Canada’s lead. Anderson turned on the jets midway through the final quarter, hitting 11 straight points in four minutes for Canada.

With Japan trailing in the final couple minutes they were forced to foul, but the Canadians held their ground and secured their third win of the tournament by a score of 75-65.

The Canadian Senior Men’s National Team next play on Friday at 7:30 p.m. BST (2:30 p.m. EDT) against Great Britain. The game will be aired live on BBC Sport at the link below.