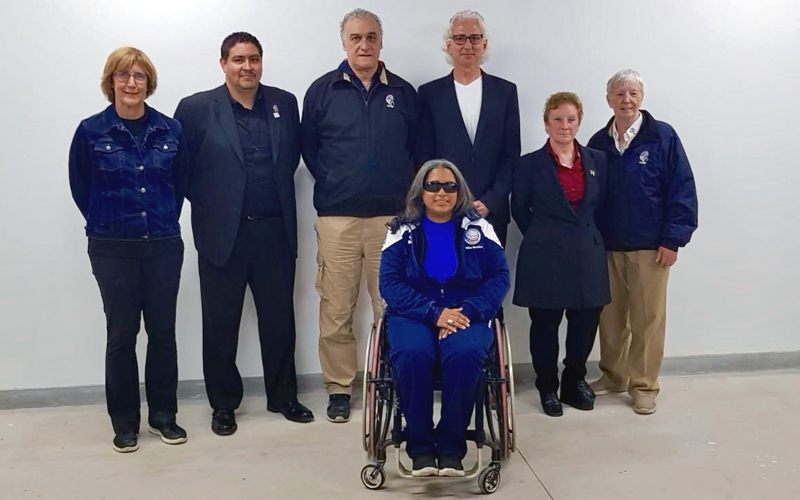 (Lima, Peru) Wheelchair Basketball Canada is pleased to congratulate Canadians Steve Bach, Anne Lachance and Maureen Orchard on their election to the International Wheelchair Basketball Federation (IWBF) Americas executive council. Bach was elected as the new president of IWBF Americas, while Lachance and Orchard retained their positions on the council as the Americas zone classification officer and treasurer, respectively.

“I am thrilled to have the opportunity to work with our member nations to redefine how we organize and promote wheelchair basketball and its development in the Americas,” said Bach.

“I remain committed to engaging our membership in that process, and to working with them to create a strategic path forward, one that respects and recognises the unique challenges of our zone.”

Bach is well-known around the world for his leadership and commitment to growing the sport. In addition to his work in the Americas zone, he also serves as the vice-president of the IWBF as well as the president of Wheelchair Basketball Canada.

Lachance has extensive experience internationally as a classifier and has worked tirelessly throughout her career to develop the classification system in Canada and around the world. She returns to her position on the council for a second term with the goal of developing classifiers in every country.

Orchard, a former president of the IWBF, has been a lifelong volunteer and has championed the development of wheelchair basketball around the world throughout her career. She returns to the Americas executive council as treasurer and acting secretary general.

The elections took place at the zone congress on Thursday during the 2019 Parapan American Games in Lima, Peru.

Joining Bach, Lachance and Orchard on the Americas executive council for the 2019-2023 term are:

In addition to deciding on a new executive council, the delegates of the congress approved the zone’s general regulations that were amended to reflect and adhere to the new IWBF statutes. They also received a report from IWBF Secretary General Norbert Kucera on the development and evolution of the IWBF, including its work with the International Paralympic Committee (IPC) and the World Anti-Doping Agency (WADA).

IWBF Americas, on behalf of the IWBF, promotes, supervises and directs the sport of wheelchair basketball within the Americas. The zone currently has 22 member countries.