Day three of the 2017 Men’s U23 World Championship kicked off with France edging the United States 62-54 to improve their record to 2-1. France went into halftime with a 16-point lead and held off a late surge by the Unites States team in the fourth quarter to take the victory.

United States head coach, Jeremy Lade, commented on his team’s tough 0-3 start to the championship post-game, “I think we’ve improved over the tournament, we just haven’t improved quickly enough. We saw some better things towards the second half today. We’ve played better in the second day than we did in the first day. And we’re making some improvements, we’re just not improving as quickly as we need in a tournament like this.”

In the second game of the day Brazil and Australia managed to keep things close until half time, when Australia’s strong defensive play ended up being the difference as they won a low scoring affair 43-27.

“We’re really, really proud of the boys. It was low scoring, we are a defensive team and we’re focusing on locking our opponents down,” said Australian head coach Luke Brennan after the game.

Tom O’Neil-Thorne once again paced the Australian team with a team-high 16 points and 4 steals. Phillipe Goncalves was a force with 8 points and 16 rebounds for the Brazilian team. 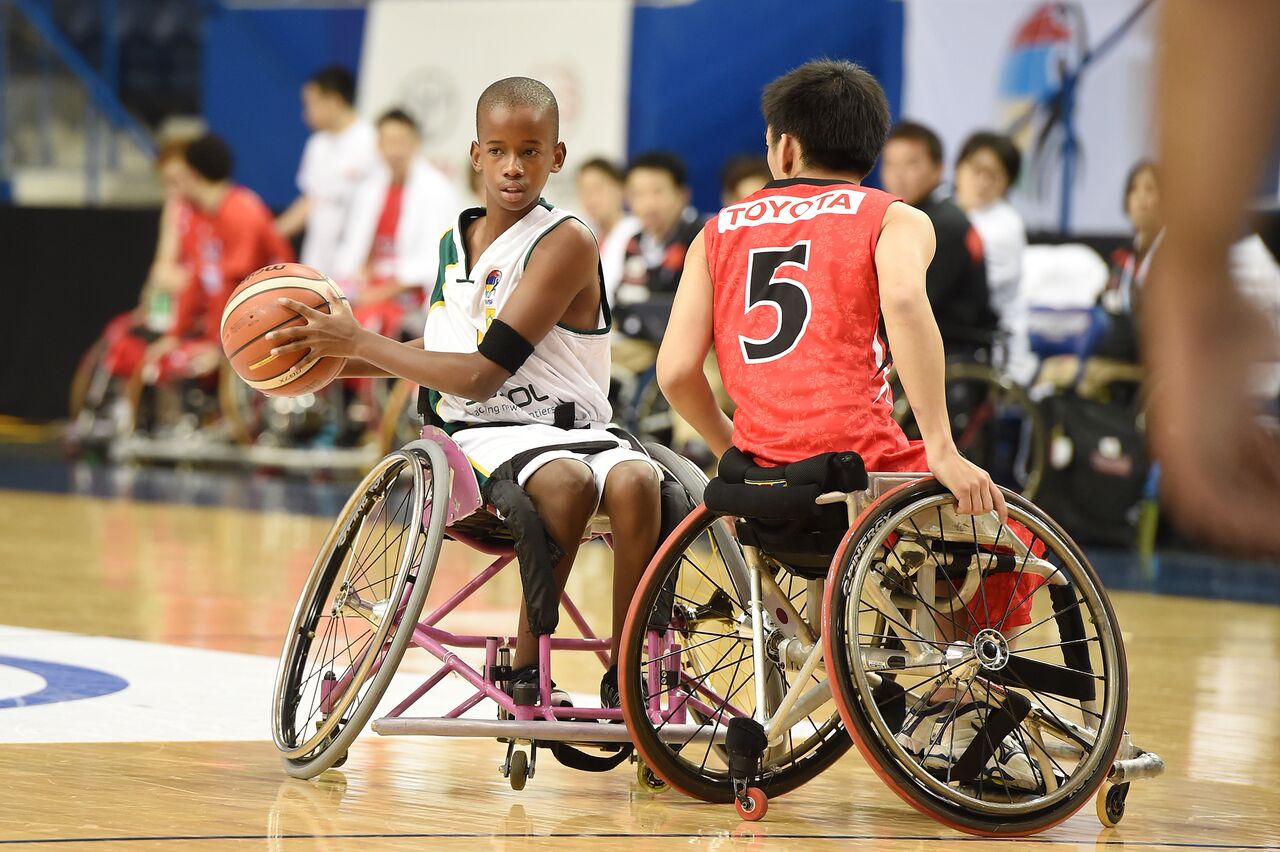 Japan added another win to their now 2-1 record against South Africa. Japan raced off to an early lead and kept their momentum throughout.

The combination of an air tight defense and a consistent offense allowed Japan to easily take the win. Every player on the Japanese roster found themselves on the scoreboard, with Koki Maruyama in front with 16. Warren Tefu of South Africa countered with 13 points joined by Jim Ayabongo who tallied 8. 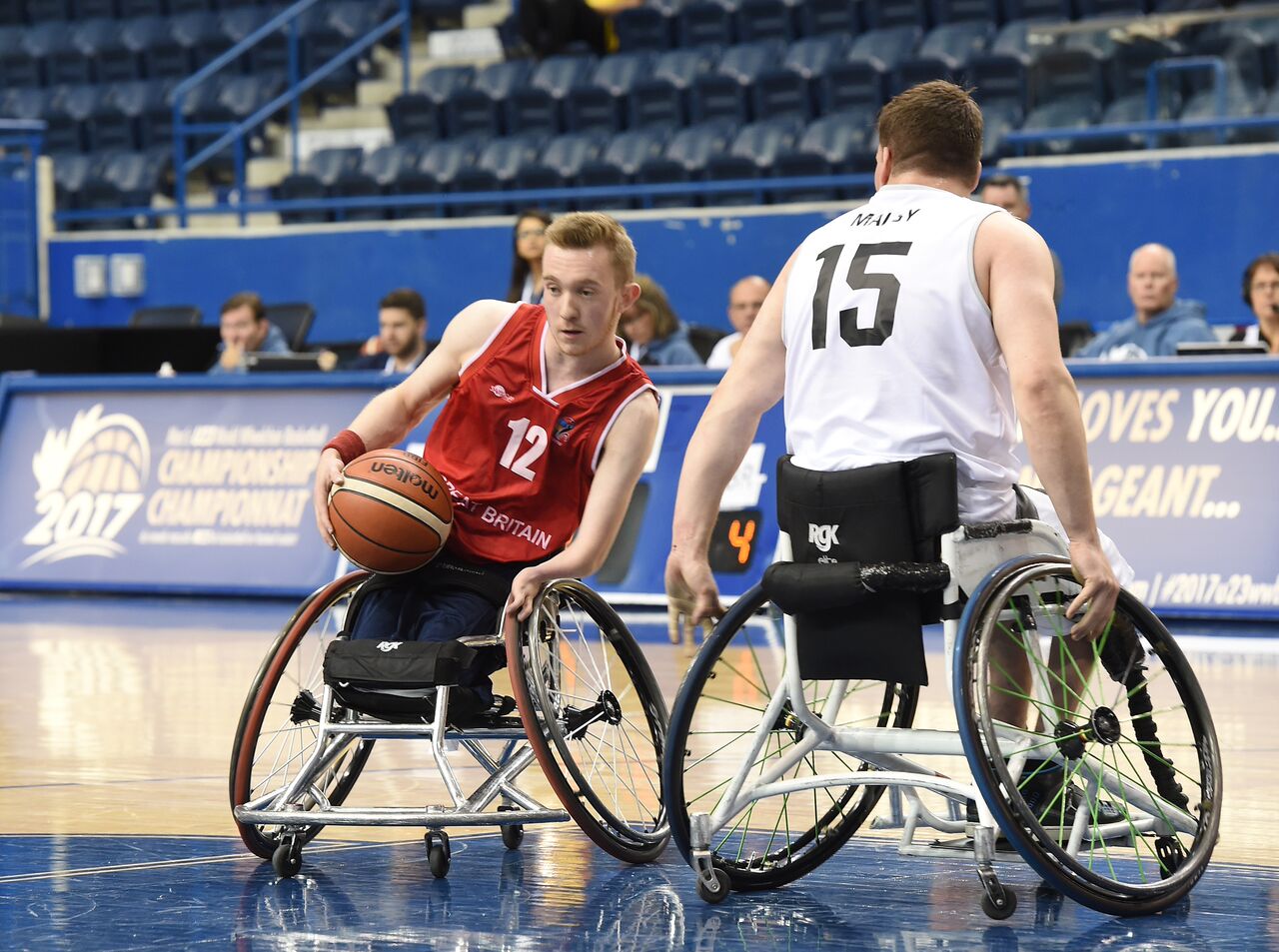 Great Britain pushed back against Germany to find themselves a 60-49 win. The game began in a close contest with Germany taking a small 14-13 lead going into the second quarter that they managed to carve into a tentative 6 point lead by half.

Great Britain stayed close behind but it wasn’t until the fourth that they were able to find their rhythm and control the game. With an impressive defensive show they stopped Germany from finding the basket and built up their 11 point lead with only five minutes  remaining on the clock.

Gregg Warburton discussed the comeback, “We started very slowly, I think we’re a very emotional team when it’s not going our way and we do struggle sometimes so I think a really good talk during half time from our staff and coaches and then just a little bit more heart for us coming out in the second half it was fantastic.” 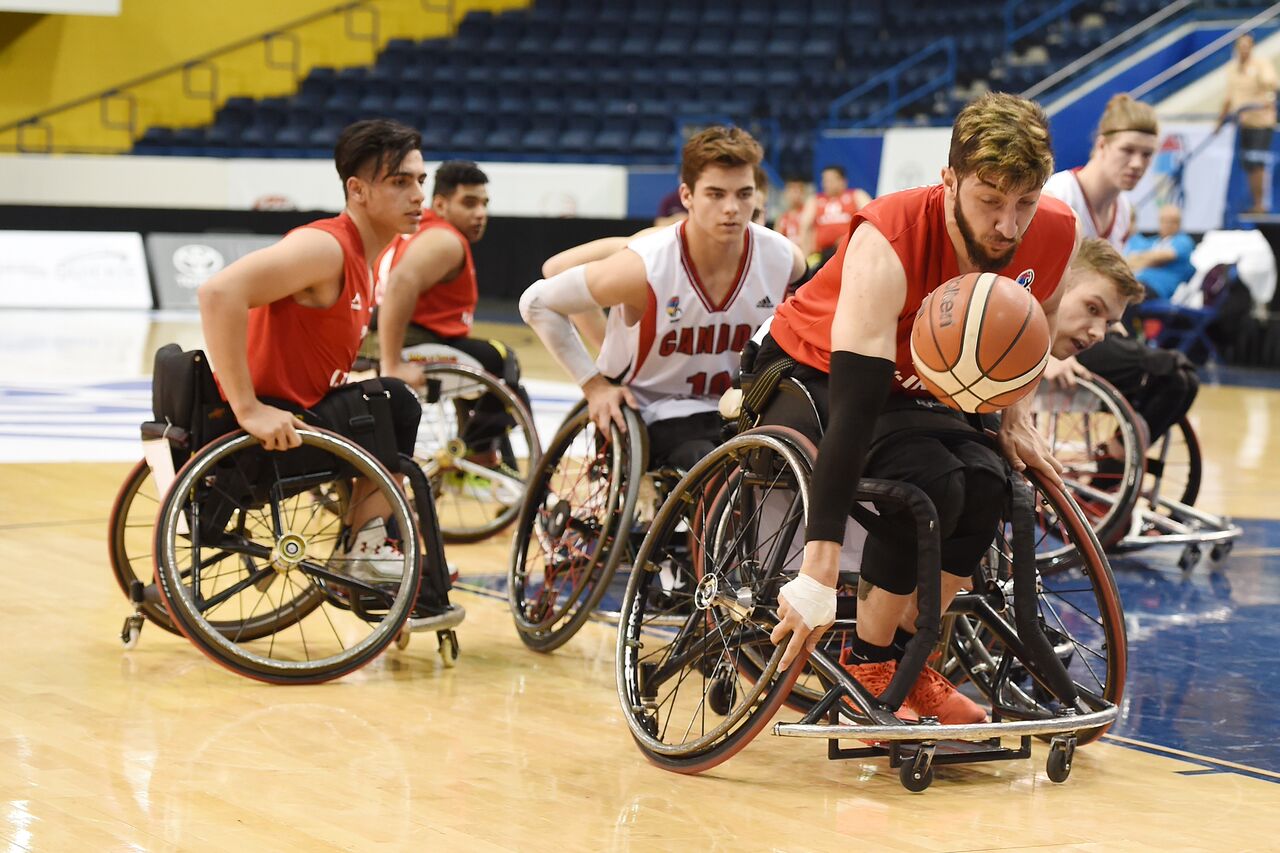 In the third day of competition at the 2017 Men’s U23 World Championship, Canada added a second win to their record in a thrilling contest against Iran.

Canada hit the court ready to redeem themselves after their loss against Australia the previous day. A strong push out of the gates found the host team with a seven point lead at the end of the first quarter. Iran was not going to let themselves fall behind and managed to claw their way out of the deficit to a four point lead, ending the half up 35-31.

The teams returned to the court after half time looking for an opportunity to break away. After exchanging the lead throughout the third quarter, it wasn’t until half way through the fourth that Canada truly hit their stride.

With 4:37 remaining on the clock and Canada trailing by two, Ben Moronchuk went on a blistering eight point run that brought Canada up 61-57. Topped up with baskets from Vincent Dallaire, Alex Hayward and Garrett Ostepchuk in a strong offensive showing, Iran was unable to match Canada’s intensity.

“This was a great win for the boys, it’s one we really wanted after the tough loss to Australia yesterday. We wanted to come out strong and we did,” said Hickey. “I think now we’re just going to take the positives we’ve learned from this game and the negatives we need to focus on and bring that into the next game.”

In the final game of the day, Turkey cruised to a 72 – 37 win over Italy, keeping their perfect record intact as they move to 3-0. The Italians struggled to keep up with the fierce Turkish attack, especially in the third quarter when they were outscored 22-6.

Leading the way for the Turkish team was sharp shooter Enes Bulut with 21 points, shooting 75% from the field. Sabri Bedzeti countered with a double double with 10 points and 10 rebounds in the loss for the Italians.