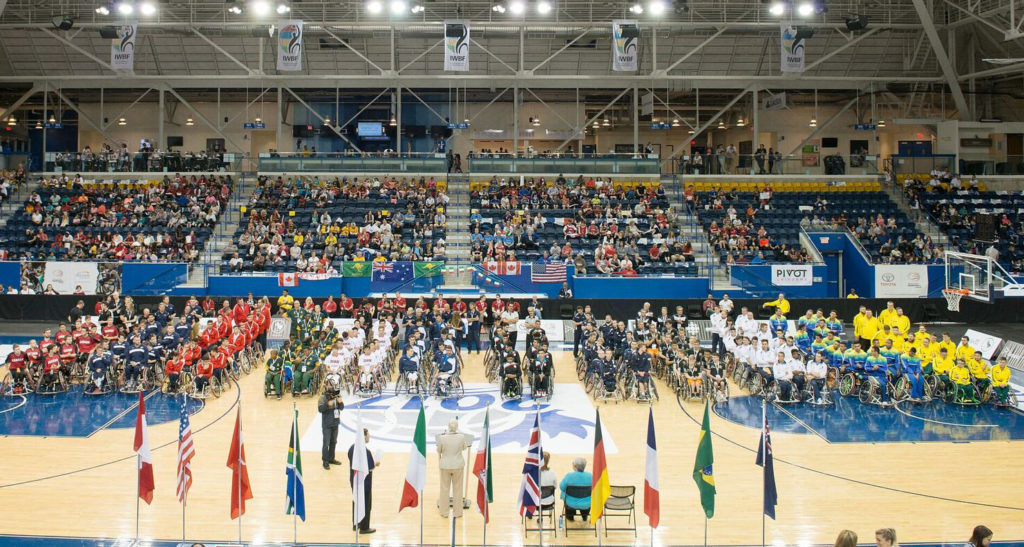 Iran opened the 2017 Men’s U23 World Wheelchair Basketball Championship with a 72-68 victory over Australia. World-class athletes representing 12 nations have converged at the Mattamy Athletic Centre to showcase wheelchair basketball’s elite skill and athleticism at the tournament.

Iran raced to an early 22-14 lead through an efficient offensive push in the opening quarter. The Australian team were unable to match the pace and the Iranian side held a strong lead throughout the first half.

The second saw a resilient Australian squad turn up their pace and outscore Iran 21-13, eventually making it a one point game. Iran’s early lead allowed them to capture the win after only notching 17 points to Australia’s 16 in the fourth.

“We turned up in the second half, I think the boys were a little bit shell shocked, but came back strong. We are pleased with the result at the end of the day we would have liked to win that,” said Team Australia’s manager, Tom Kyle.

Mohammadhassan Sayari of Iran led the way with a game high 27 points and capturing 13 rebounds while Australia’s Tom O’Neill-Thorne responded with 25 points. 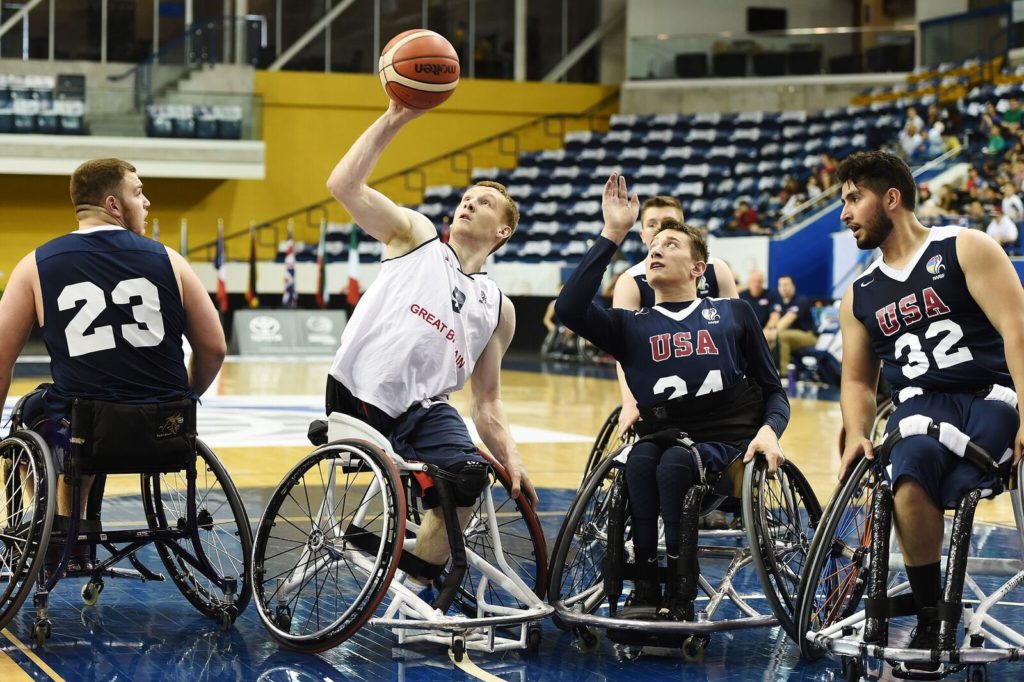 Great Britain took on the United States to kick-off Pool A action at the 2017 Men’s U23 World Wheelchair Basketball Championship. The British men took the match 87-50 against the Americans.

Great Britain hit the court in a convincing fashion, tallying 27 points to the States’ 12 in the first quarter. The European team continued its strong play in the second by shutting out the competition 18-5 to lead 45-17 at halftime.

While the American team picked up the pace on their return to the court, their 33 point effort in the second half was not enough to match another 42 points by Great Britain. The game ended with a very convincing 37 point lead for Great Britain.

After the game, British head coach Scott Wallace reflected on the start of the tournament. “Great Britain is really pleased to make a fantastic start in the tournament against a spirited American team The organization so far has been absolutely fantastic. We’ve been made to feel really welcome by Canada. We’re looking forward to showing the rest of the world what we can do on this stage.” 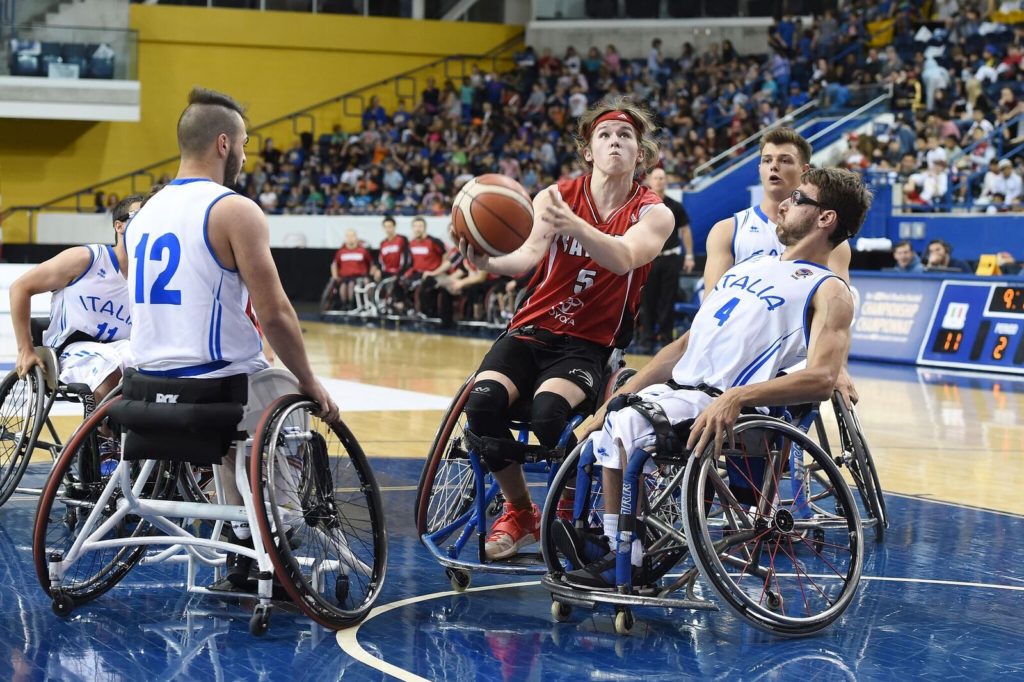 The Canadian hosts started the tournament on a high note with a steady 66-35 win against Italy. A lively crowd with over 1700 students from the Greater Toronto Area, brought together by the Wheelchair Basketball Canada’s Schools Program, cheered on the hometown team.

The game began with both teams exchanging baskets but Canada quickly found their stride. By the end of the first quarter they Italy was unable to pierce Canada’s defense while on the other side of the court Ben Moronchuk led a successful Canadian offense. By halftime Canada secured a 33-20 lead.

In the second half Canada showed no signs of slowing down, ending the game with just over 31 more points than Italy. Moronchuk set the game high with a blistering 36 points, securing himself the Player of the Game. Sabri Bedzeti of Macedonia led the Italian side with 14 points.

Moronchuk credited the quality of the crowd when asked about his first win on home soil. “I think the crowd was a big factor, it was loud in there, kids were screaming, and it was super fun. Now that we know what the environment’s going to be, it’s just going to be a basketball again tomorrow.

The Canadians will look to capture their second win of the tournament tomorrow against Australia, who fell to Iran in its tournament opener. The game is scheduled to tip-off at 6 p.m. ET on the second day of competition. Watch the game live on our website or Facebook Live.

The defending Men’s U23 world champions began their tournament with a reminder of their skill and athleticism after an 89-24 win against South Africa in Pool B action.

Germany pulled ahead with an early lead, while South Africa struggled to make a mark on the scoreboard. With precise shooting from the German men they secured a 34 point lead by the end first half.

South Africa’s Jim Ayabongo led South Africa’s offense posting 18 of the team’s 24 points. Team Germany saw a team effort, having eight of their players add to their lead. Leon Schöneberg claimed the game-high with 32 points and Matthias Güntner followed close behind with 28 points.

Germany will face up against the United States tomorrow at 3 p.m. while South Africa takes on France, who admitted defeat to Japan in their first match of the tournament. 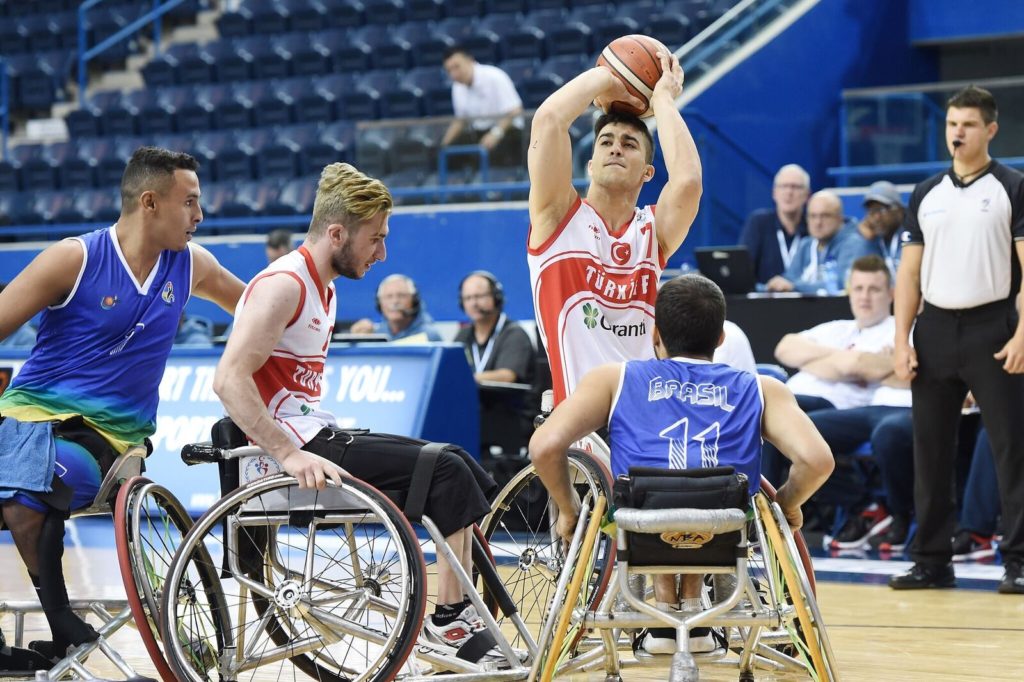 Turkey came out hard on Thursday night in Day 1 of competition at the 2017 Men’s U23 World Wheelchair Basketball Championship, defeating Brazil 77-37.

From the first tip, Turkey held the advantage, keeping Brazil’s score in the single digits throughout the first half. Brazil came back fighting to post 26 points in the second but it wasn’t enough to compete with Turkey’s constant press.

Japan had a strong start to the 2017 Men’s U23 World Wheelchair Basketball Championship with a 75-50 victory over France. The match opened with both teams closely contesting the lead with Japan battling to a four point lead.

A strong push led by Takuya Furusawa and Renshi Chokai found the Japanese team up by 18 points at half and the French men unable to close the point gap.

Furusawa secured 22 points for Japan while Alexis Ramonet and Sebastien Evanno led the charge for France with 12 points each.