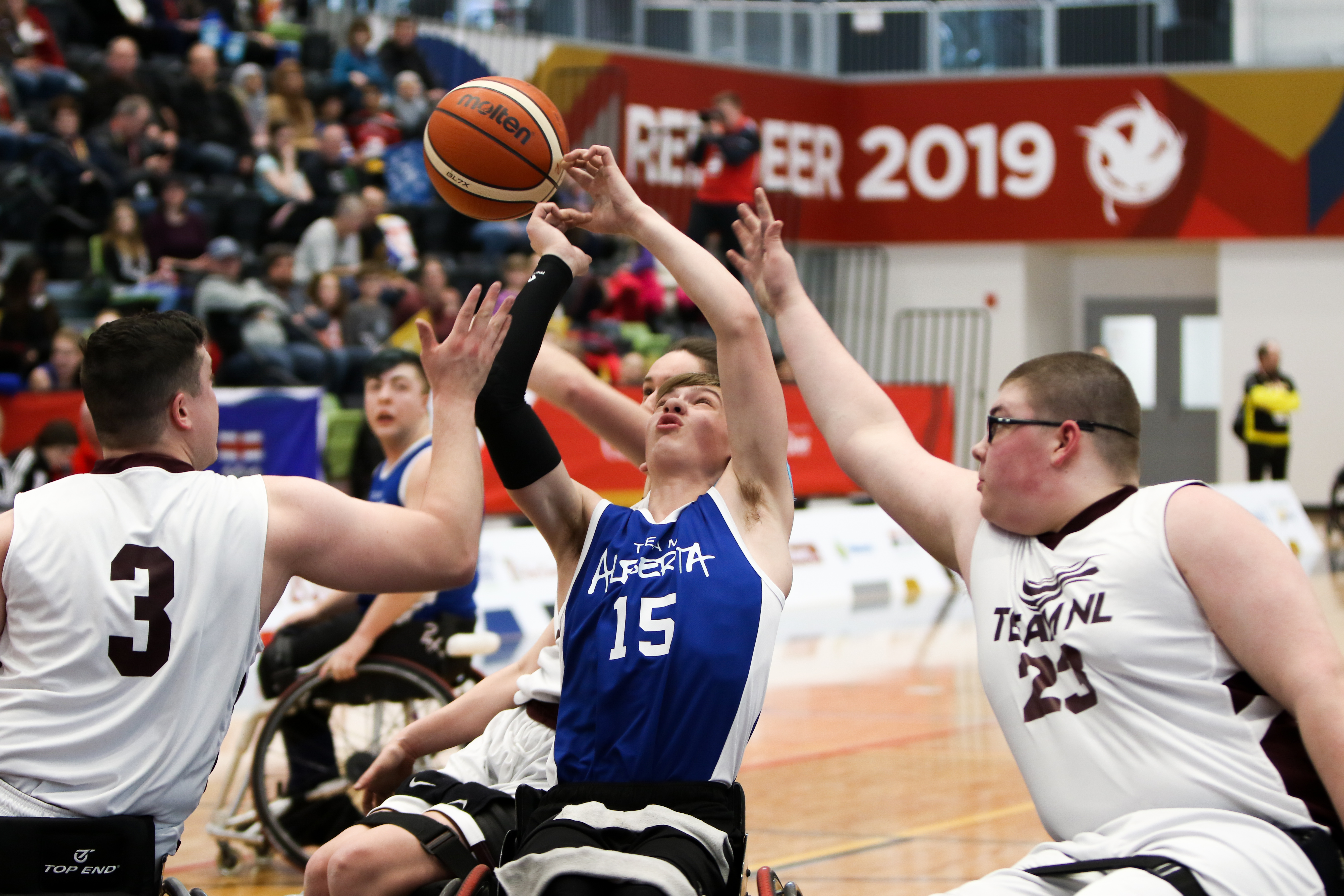 Host and top seed Alberta was the only team to play twice today, and they remained undefeated as they overpowered Newfoundland 65-17 and British Columbia 64-26 on home turf.

“It feels absolutely amazing to be playing on home soil and having everyone in the gym cheering for us,” said Helaina Cyr, of Sherwood Park, who is competing at her third Canada Games with Team Alberta. “We stayed calm today and used the clock to our advantage which really helped us. We’re going for gold this Canada Games but we’re also here to have fun and we want to focus on that as well!”

While Cyr is a veteran at Canada Games, there are many athletes who are competing at Canada Games for the first time. Toronto native Erik Robeznieks of Team Ontario is one of them.

“It was an incredible experience,” said Robeznieks after playing in his first Canada Games wheelchair basketball match. “We had a really strong start. Team Ontario is one big family and we could really feel that out there today. We really emphasized team play and we have a very deep bench. We’re really looking forward to the rest of the Games.” 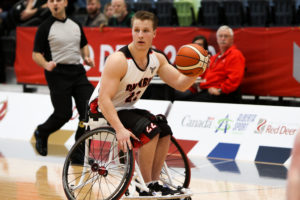 Join the conversation on social media with the hashtag #CGwheelchairbball.

Games are webcast live through the official Canada Games web portal at canadagames.live/wheelchair-basketball, with the exception of the February 19 Quebec VS Saskatchewan; and Ontario VS BC games which will be broadcasted on TSN at 7:30pm MST.