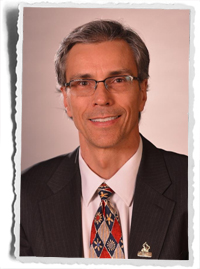 (Toronto, Ont.) Excitement and optimism were in the air this afternoon as the Canadian Paralympic Committee earlier elected a new Board of Directors including a President, a Vice President and seven Directors at the 2013 CPC Annual General Meeting in Toronto. All will serve four-year terms, from 2013 to 2017.

Dr. Gaétan Tardif (Toronto, Ont.) is the new President of the Canadian Paralympic Committee. He takes over from David Legg, who held the President position for three years.

Fluently bilingual, Tardif has participated in seven consecutive Paralympic Games, most recently as Team Canada’s Chef de Mission at the London 2012 Paralympic Games. Tardif is an academic physician and health care executive with leadership experience in several professional and not-for-profit organizations. He is Medical Program Director – Rehabilitation and Post-Acute Care at the University Health Network and a Professor in the Department of Medicine and director, Division of Physiatry (PM&R) at the University of Toronto.

Tardif also served as Director of Administration and Chair of the HR Committee on the Canadian Paralympic Committee Board of Directors from 2008 to 2013 and was a member of the Games Committee from 2006 to 2013.

“Thank you very much for your vote of confidence,” Tardif said to the voting delegates. “The hard work starts right away. I’m really looking forward to working with the sport community to help Canada become the world’s leading Paralympic nation. I truly believe I have the best volunteer job in the world!”

Low was a Canadian Paralympic Committee Board member and served on the Games and High Performance Committee from 2007 to 2011, including serving as CPC’s Board representative on the Toronto 2015 Pan/Parapan American Games Bid Committee.

Waxman and Baker are new members of the Board, while Hamamoto, Carey, McIntosh, Westlake and Langan are returning to the Board.