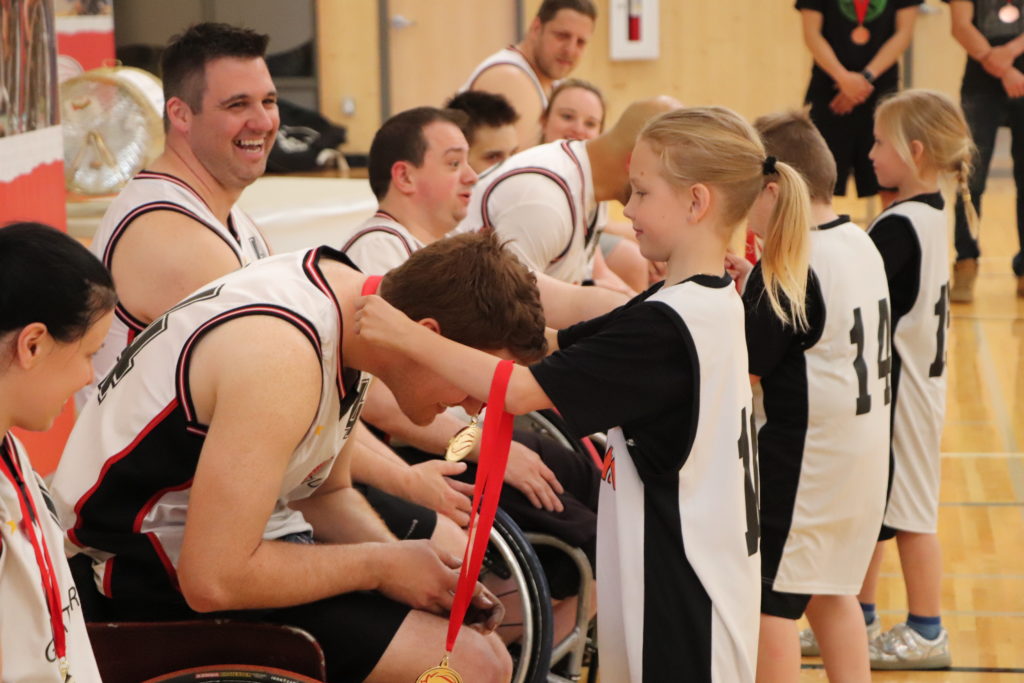 (MARTENSVILLE, SASK.) Gladiateurs de Laval asserted themselves as the best wheelchair basketball club team in the tier 1 division by capping off a dominant performance in the tournament with a gold medal victory Sunday at the 2018 Canadian Wheelchair Basketball League (CWBL) National Championship in Martensville, Saskatchewan. They defeated Team BC for the second year in a row with a final score of 57-41. 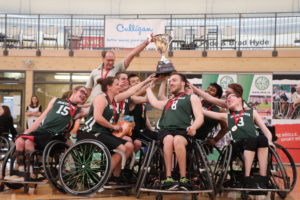 In a comeback win, Saskatchewan White took home the gold medal to a sea of cheering fans on home turf. It was a Cinderella moment as they defeated the Brampton Cruiser Suns 48-39, who, up to the final game, were undefeated. Jordan Bortis drove the offense for Saskatchewan White and produced 18 points.

It was a big day for Saskatchewan, as their Tier 1 team also won the bronze medal, defeating the Alberta Northern Lights 67-51; while Team Manitoba of Tier 2 came out on top over the Lethbridge Steamers, claiming their spot on the podium with a final score of 52-31.

The three-day tournament is co-hosted by Wheelchair Basketball Canada and Saskatchewan Wheelchair Sports Association (SWSA) and features the top club teams in the country competing for the title of national champions in two tiers at the Martensville Athletic Pavilion.

The Saskatchewan Wheelchair Sports Association (SWSA) was incorporated in 1977 by five of its founding members to provide an opportunity for persons with a disability to lead an active lifestyle. Over the past 35 years, the SWSA has provided sporting opportunities for individuals with physical disabilities at a provincial, national, and international level. Eleven athletes have represented Canada and the province at both summer and winter Paralympic Games. Others have represented the country at World Championships, and our athletes have reached the podium in national archery, athletics, basketball, rugby, shooting and tennis events on numerous occasions throughout the years.