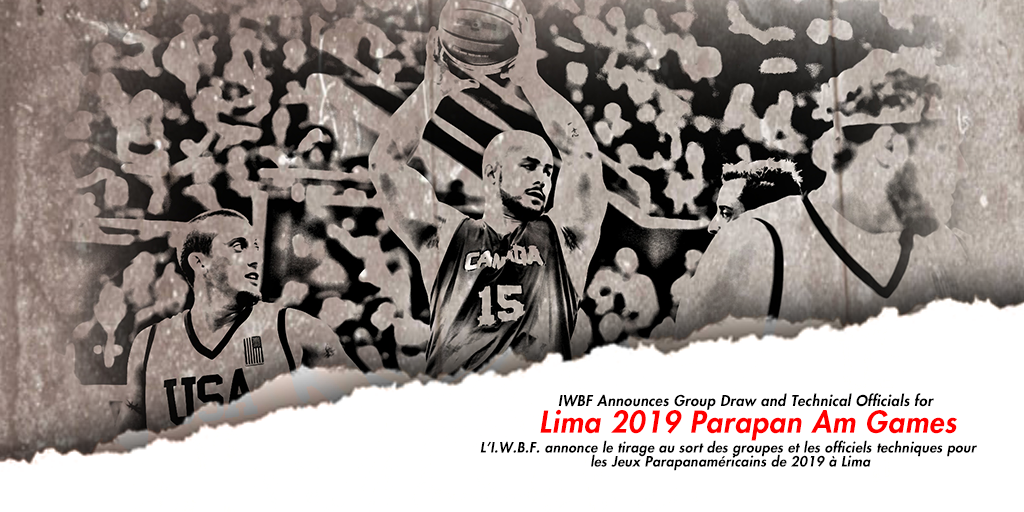 (Lima, Peru) The International Wheelchair Basketball Federation (IWBF) announced Tuesday the draw to determine the competition groups for the Lima 2019 Parapan American Games will take place on May 17 during the final site visit in Lima, Peru.

The Lima 2019 Parapan Am Games serve as the direct and only qualifier for teams in the Americas zone to earn berths to the Tokyo 2020 Paralympic Games.

Canada will face Argentina, Brazil, Chile, Colombia, Mexico, host Peru and the United States in the women’s competition in Lima. The top two teams will earn the right to compete at Tokyo 2020.

On the men’s side, the Canadians will contend against Argentina, Brazil, Colombia, Mexico, Peru, Puerto Rico and the United States. Teams must reach the podium to secure one of the three available spots for Tokyo 2020.

The teams in each competition will be drawn into two groups on May 17 to determine the round robin competition pools. Once pools are determined, the competition schedule will be announced at a later date.

As part of Tuesday’s announcement, the IWBF also unveiled the list of international technical officials (ITOs) who will take part in the competition and Canada will be well represented both on and off the court in Lima.

Anne Lachance will serve as the chief classifier, while Sergio Giordano will be one of three referee supervisors. On the court, Canada will be represented by referees Sebastien Gauthier and Alexandre Lapointe.

Please see the IWBF announcement for the full list of ITOs for Lima 2019.

The wheelchair basketball competition at the Lima 2019 Parapan Am Games will take place from August 24-31, 2019.

Preparations for Canada’s men’s and women’s national teams are already well underway. The high performance program just wrapped up a training camp in late March and both the men’s and women’s programs will centralize at the National Training Centre in Toronto as of May 2019. The Canadian men and women will play a series of international friendlies at home and on the road along their journey towards Lima in August with their hearts and minds set on securing berths to Tokyo 2020.