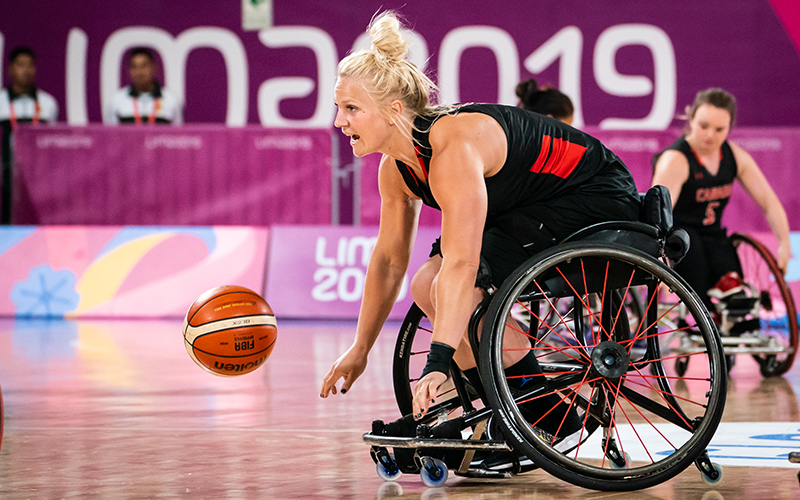 Though the season was abruptly cut short due to the coronavirus pandemic, Canadians still made quite the impact on the hardcourt in the U.S.-based National Wheelchair Basketball Association (NWBA) leagues in 2019-20.

Headlining the list of outstanding performances, Team Canada’s Kady Dandeneau was named the Female Player of the Year in the NWBA intercollegiate division after wrapping up her rookie season with the University of Illinois.

Dandeneau was also named a first-team All-American and was selected to the All-Rookie Team. Quite the first impression for the product of Pender Island, B.C.

Canadian Rosalie Lalonde picked up first-team All-American status in her fourth season with the University of Alabama Crimson Tide. On top of hitting shots on the court, the native of Saint-Clet, Que. also hit the books and received honorable mention for the academic All-American team.

Team Canada’s Colin Higgins, who hails from Rothesay, N.B., completed his sophomore season at the University of Missouri and was also selected as a first team All-American.

Better known as “Juice”, Canadian sharpshooter Arinn Young (Legal, Alta.) completed her collegiate career at the University of Alabama. The player of the game and MVP from last year’s championship team, Young earned honours as a second-team All-American in the 2019-20 season.

College freshman Élodie Tessier (Saint-Germain-de-Grantham, Que.) made her debut this season for the University of Texas – Arlington and was named a second-team All-American as well as to the All-Rookie Team.

Outside of the collegiate division, Canadians were also in action at the NWBA Division I Championship last weekend in Wichita.

Be sure to follow us on social media for the latest updates on Team Canada: