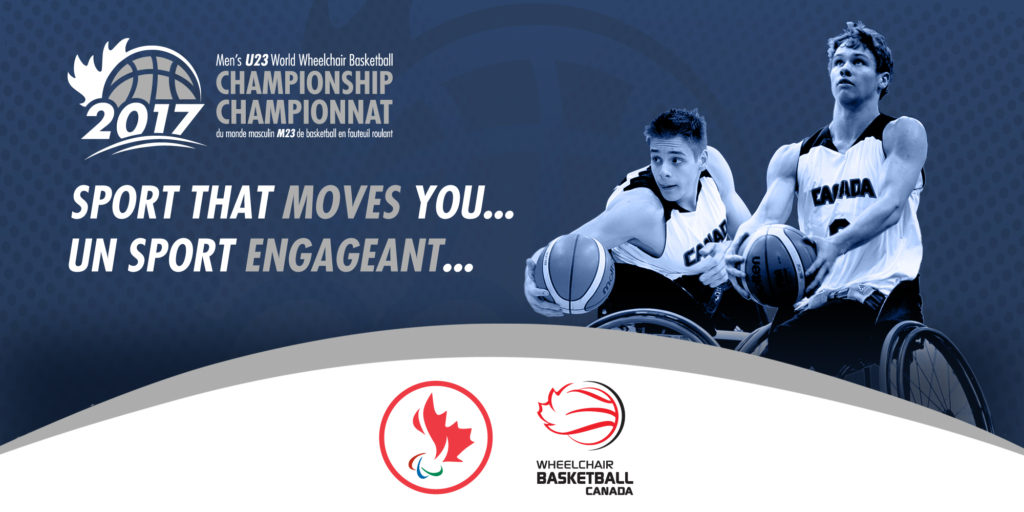 Live and on demand coverage of all of Team Canada preliminary round games and all playoff games will be available online at Facebook Live (CDNParalympics) and CBCsports.ca. All 42 games will also be streamed live via the Wheelchair Basketball Canada Facebook page (WheelchairBasketball) and online at www.2017u23wwbc.com.

World-class athletes representing 12 nations, including host Canada, will converge at the Mattamy Athletic Centre in downtown Toronto to showcase the elite skill and athleticism that make wheelchair basketball a thrilling spectator sport and one of the most popular sports for athletes with a disability in the world.

The event returns to Toronto in time to mark the 20-year anniversary since Canada hosted and won the inaugural world championship for junior men in Toronto in 1997.

Team Canada’s preliminary round schedule is as follows:

Tickets to the event are on sale online and through the Mattamy Athletic Centre box office.