New Brunswick and BC Get Their First Wins of the Tournament; Quebec and Alberta Remain Undefeated at 2019 Canada Winter Games 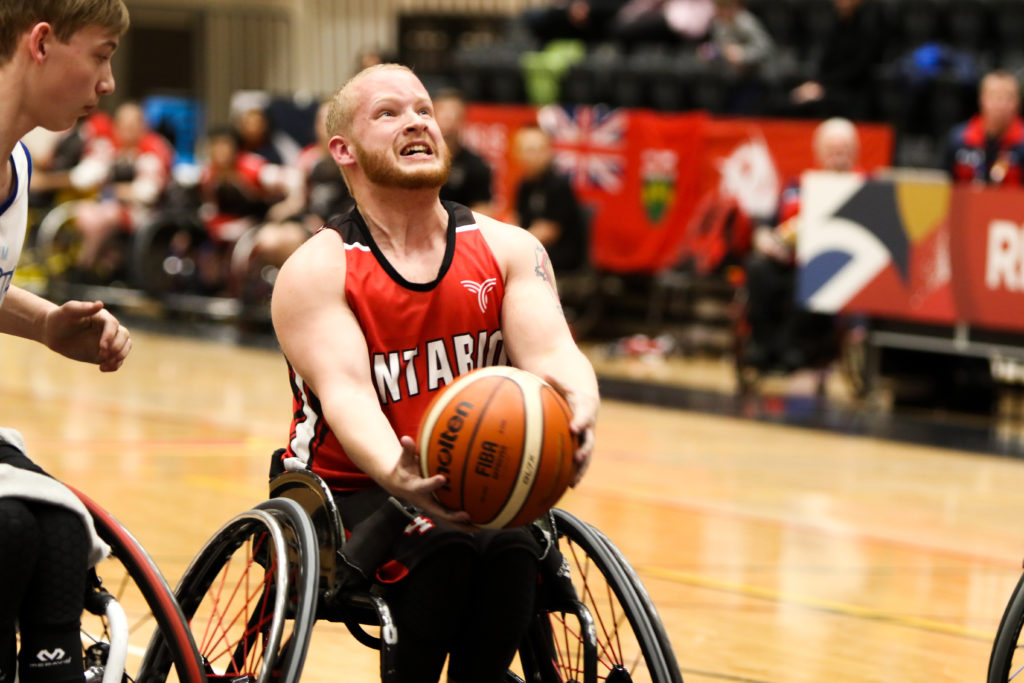 (Red Deer, Alberta) New Brunswick and British Columbia improved their records with their first wins of the tournament at the 2019 Canada Winter Games in Red Deer, Alta., while Quebec and Alberta remained undefeated on the second day of wheelchair basketball action at the Gary W. Harris Canada Games Centre.

After a thrilling first game of the day, New Brunswick defeated Saskatchewan 56-40. Jacob Fudge of Saint John was a force on the hardcourt, leading Team New Brunswick with 20 points, 11 rebounds, 2 assists, and 3 steals.

Ontario picked up their second win of the tournament with a 65-23 win over Newfoundland. Later in the day, Ontario took on hosts Alberta in one of the closest games of the tournament thus far. The crowd was going absolutely wild in this seesaw battle between the two provinces, but Alberta pulled through in the end for the win, 59-54. Bradon Doll of Camrose was putting on quite the show for the crowd, finishing with 29 points, 11 rebounds, 4 assists and 3 steals while Aaron McDonald of Paris, Ont. led all Team Ontario players with 26 points, 10 rebounds, 1 assist, and 3 steals. 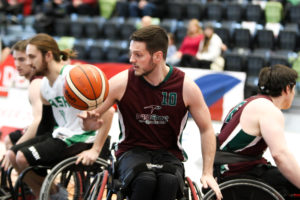 Quebec continued their winning streak with a win over Manitoba, 67-34. This is the twenty-third consecutive win for Quebec at Canada Games dating back to 2003.

British Columbia claimed their first victory at Canada Games with a 66-33 win over Nova Scotia. Gabe Harrison of Pender Island and Tanner Jung of Langley were the top point producers for Team BC with 16 points apiece.

“It felt good to get our first win at Canada Winter Games,” said Prince George native and co-captain of Team BC, Joel Ewert. “It felt equally as good to execute our game plan. We did a lot of awesome things today that will help us progress as the tournament goes on.”

Join the conversation on social media with the hashtag #CGwheelchairbball.

Games are webcast live through the official Canada Games web portal at canadagames.live/wheelchair-basketball, with the exception of the February 19 Quebec VS Saskatchewan; and Ontario VS BC games which will be broadcasted on TSN at 7:30pm MST.