Paralympic Hopeful Colin Higgins Shows Promise On and Off the Court 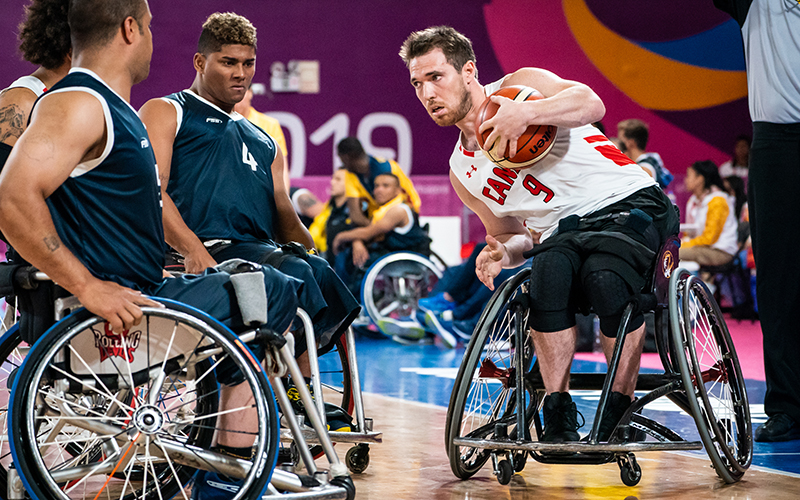 A promising future awaits Team Canada wheelchair basketball athlete Colin Higgins. Like many, Higgins is in a holding pattern as the world around us slowly regains some level of normalcy. But whether it’s the next chapter of his bright collegiate career or the prospect of becoming a Paralympian in Tokyo, he’s beyond ready to get back to business.

That includes realizing his full potential as a player.

“I want to be a jack of all trades who can do whatever is needed at the time,” said Higgins. “I’m not a three-point specialist, or the fastest guy or the best defensive player. I try and mold myself to be as well-rounded of a player as I can be.”

While Higgins would typically spend the summer centralized with Team Canada in Toronto, the native of Rothesay finds himself back home in New Brunswick during the pandemic pause.

He’s found some different ways to fill the time, including hitting the golf course and breaking up the days on the water at the family cottage. He’s also taken up a new hobby with his mom at a nearby community garden.

“We’re over there just about every night weeding away at the garden. We’ve got some different things growing, some corn and some watermelon and stuff. That’s pretty out of the ordinary for me as I don’t do that stuff very often.”

While life may be out of the ordinary at the moment, basketball is still a big part of the routine. Higgins managed to access the gym at a local church to work on his shooting, chair skills and ball handling, on top of doing weight training at home.

“That’s been really awesome so I’ve been doing that just to kind of keep me sane.”

He may ride out the summer at home but Higgins is due to start his junior year at the University of Missouri in the fall where he stars for the Mizzou Tigers wheelchair basketball team.

“There’s been a big contingent of Canadian players that have gone down to the States and been quite successful in the university programs. That was quite appealing to me. When I moved to Toronto in January of 2016, it was always a goal of mine.

“I hoped to get good enough to earn a scholarship and go play down in the U.S., get a degree and use my sport to help me with my school and help set up life after basketball, while getting a pretty cool life experience.”

Higgins has no regrets about the experience so far, which has helped elevate his game.

“The biggest thing for me is it helps with my confidence. Not to toot my own horn, but at Missouri everything runs through me. It’s on me to make things happen at both ends of the court and how I go is kind of how we go as a team. Whereas that’s not my role at all with the national team.

“This past year at Missouri, I played just about all game every game and was a first-team All-American. Until this year, I still had a seed of doubt in my mind about whether I could do it. But I was able to play really well and that’s allowed me to think that when I get on court with the national team, I know I belong more. When I get my minutes with Team Canada, I can go out and produce and put up some numbers.”

Higgins is eager to get back on court at Mizzou but with all of the uncertainty of the pandemic it’s not clear how soon that will be.

On the academic side of the equation, Higgins is a sports management major. He’s grateful for the opportunities that wheelchair basketball has given him and he hopes to pay it forward beyond his playing days.

“In my mind I’d really like to work for Parasport New Brunswick or the Canadian Paralympic Committee in some sort of coaching or managerial role, whether it be within wheelchair basketball or recruitment or just in that kind of world. I want to give back to people that I know need it. There’s just so little exposure for parasport at the grassroots level within Canada.

“I know I’m relatively new to the sport still as I’ve only been playing for about six years. But it’s done a lot for me so far and I’m hopeful it’s going to give me a lot more, and I just hope to be able to give some of that back eventually when I’m done.” 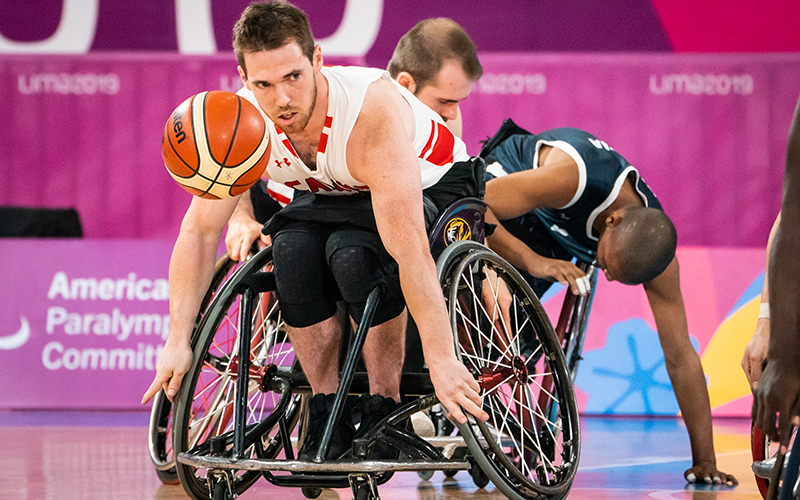 Higgins has plenty to look forward to before calling it a career. He’s in the hunt to make his Paralympic Games debut in Tokyo in 2021. Despite the postponement, he’s focused on the ultimate goal.

“Even when I’m down at Missouri, a big part of the fuel for my training is with the national team program in mind. It’s tough to be training for something that’s 14 months out instead of two months out, but that time will come eventually. There are definitely days where it’s tough to train by yourself, but Tokyo is definitely the main source of focus and drive right now.

“I never grew up dreaming of playing wheelchair basketball at the Paralympics. But to represent Canada on a stage at that kind of level, that is something that I’ve always dreamt of. I know the kind of work I’ve put in, so that would be a huge honour and I’d be super proud and hopefully be able to share that experience with some of my family.

“I’m really hoping it won’t be my last Paralympics, but I’m super excited for what I think our team and our country can do in Tokyo.”

Follow Colin @chiggins146 and the rest of Team Canada on their journey to Tokyo: