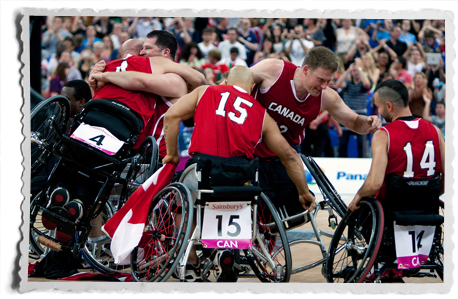 (Bonn, Germany) The International Paralympic Committee (IPC) has announced the athletes, teams and officials who have been shortlisted as nominees for the 2013 Paralympic Sport Awards. 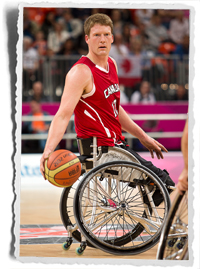 Canadian wheelchair basketball star Patrick Anderson is a nominee for the Best Male Athlete award. He was the top scorer at London 2012 and posted the best numbers of his career en route to leading Team Canada to the Paralympic gold medal.

The Canadian Men’s Wheelchair Basketball Team was also recognized for its accomplishments in London as a finalist in the best team category. Team Canada went undefeated with an 8-0 record at London 2012. Canada defeated rival Australia in the championship game to secure its third gold medal in the last four Paralympic Games.

“Any time your team receives an award nomination it is truly a great honour, but it is particularly humbling to receive recognition for our hard work and success from the international community,” said David Eng, Team Canada co-captain.

“As a team we put a lot of emphasis on character and we try to ensure Canada is a leader that showcases the sport well and plays the game the way it should be played. Every member of the team is proud to wear the maple leaf, and our success in London is a reflection of the tremendous support that we receive in Canada.”

Team Canada last won the Best Team Performance honours at the 2005 Paralympic Sport Awards after it secured the gold medal in convincing fashion at the Paralympic Games in Athens in 2004.

Other finalists in the best team category include the Australian wheelchair rugby team and the Brazilian 5-a-side football club.