Quebec and Ontario, Alberta and New Brunswick To Battle It Out in Wheelchair Basketball Semifinals at the 2019 Canada Winter Games 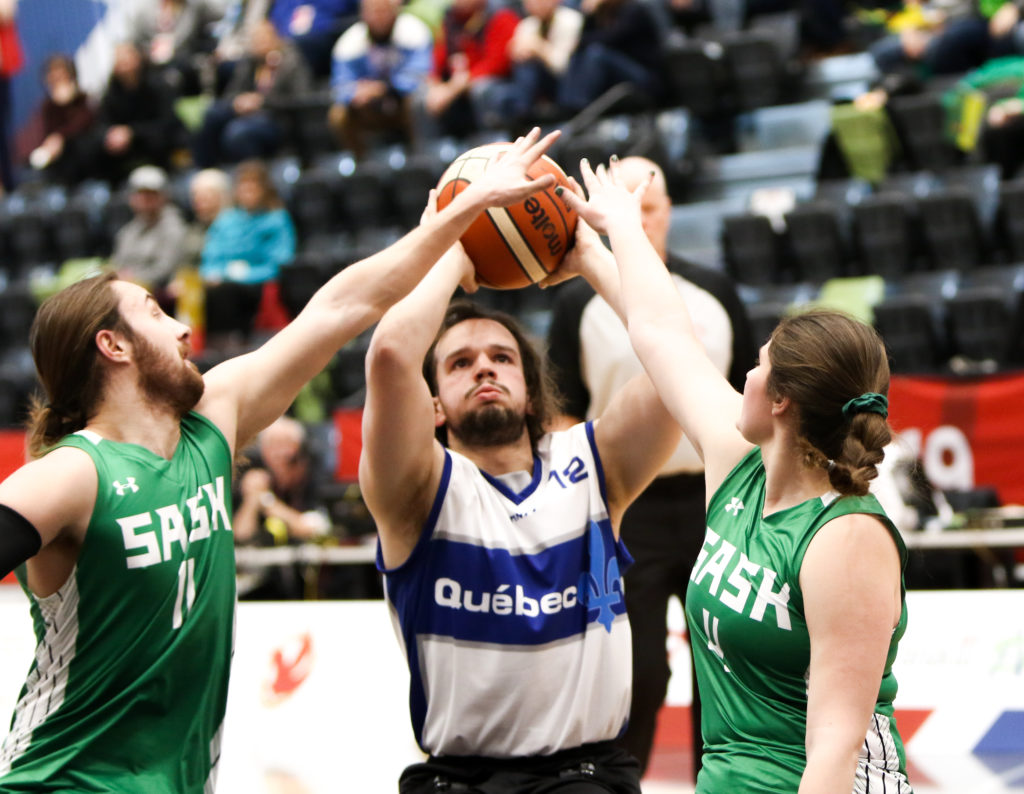 New Brunswick started the day off on a high with a 52-41 win over Manitoba, improving their record 2-1 and securing a spot in the semi-finals. Austin MacLellan of Fredericton and Brandon Gillis of Kensington led Team New Brunswick with 20 points and 19 points, respectively; while Josh Brown of Winnipeg and Thomas Thevenot of Stonewall delivered 18 points and 17 points.

“This game was big for New Brunswick,” said Danielle Duplessis of Fredericton. “We had the opportunity to use our bench. We’re really proud that we’re a medal contender this year.”

British Columbia kept their momentum going with a 49-31 win over Newfoundland.

“This was our second win for BC,” said Ryleigh Bissenden of Victoria. “We played hard and aggressive defence and it paid off.” 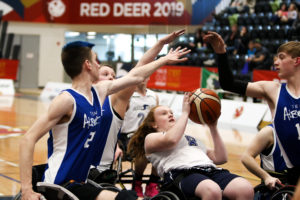 Alberta continued its winning streak with a 66-30 win over Nova Scotia, locking up first place in their pool. Calgary native Jalen Shannon was the offensive catalyst for Alberta, finishing with 18 points.

Quebec joined Alberta in the undefeated category after overpowering Saskatchewan 65-58 in a tightly contested match. Despite some foul trouble, Laval’s Ben Palmer still picked up 27 points, 18 rebounds, and 8 assists; while Regina’s Garrett Ostepchuk finished with 21 points. With this win, Quebec finishes first in their pool and moves on to semifinals.

Ontario was victorious in their game against BC with a final score of 63-39. With this win, Ontario finishes second in their pool and advances to semi-finals where they will be facing la Belle Province where they will attempt to end Quebec’s twenty-four games Canada Games winning streak.

With both teams in search of their first win, Nova Scotia and Newfoundland faced off for the last game of the day. Newfoundland claimed the victory in the end with a final score of 41-30. 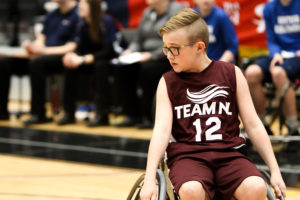 Gavin Baggs of Paradise is the youngest player competing in the wheelchair basketball competition at Canada Games at the age of 11 for Team Newfoundland. Gavin is already making an impact on the court with a 67% field goal percentage.

The wheelchair basketball semifinals are set for Wednesday. Ontario and Quebec will face off at 3 p.m. MST and New Brunswick and Alberta will battle it out at 5 p.m. MST, while the medal games take place on Thursday at 5 p.m. MST and 7 p.m. MST.

Games are webcast live through the official Canada Games web portal at canadagames.live/wheelchair-basketball.