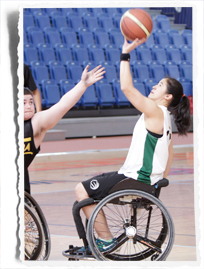 With their 78-44 win, Club ’99 concluded the tournament with a flawless 5-0 record. The team built up a convincing 18 point lead against the Suns in the first quarter and maintained the momentum throughout the rest of the game. Shelby Harrower once again paced the Saskatchewan attack with 18 points while Tamara Steeves countered with 19 points for the Suns.

“Brampton played a really good game, they have really good chair skills so going against that we knew that they’d come out ready and with the knowledge of how to stop us, but we just had to react and I think we did well,” says Harrower.

The Kamloops Bulldogs claimed third place after a hard fought battle against Manitoba. The teams were well matched and both struggled to find an offensive stride in the first quarter. Kamloops carved out a tight lead of 7 points by half but Manitoba pushed to shrink the gap. In the final quarter Kamloops hit consecutive baskets to bring themselves to the final 39-31 score.

Tanner Scott and Rob Lamb each delivered an 8 point effort for Kamloops, while Kris Isford of Manitoba led all players with 12 points.

“Our team started the tournament with a big learning curve. Not everyone had played together before, but we played against each other, so after the first and second game we started getting together and making it all work,” said Scott. “It was great to work with the team and be able to develop new things.”

The tier 1 round robin also continued on Saturday which saw the Bulldogs of Quebec (3-0) and the Twin City Spinners (2-0) find two more wins. Quebec, the Spinners, the Scarbarian Tigers (2-1) and BC Royals (2-1) will match up in the semifinals on Sunday.

The Calgary Grizzlies (2-2) and the Alberta Northern Lights (1-3) took to the court to decide fifth place in tier 1, ultimately resulting in a 62-56 decision for the Northern Lights.

The competition resumes Sunday as the tier 1 teams battle for a berth to the medal games. The bronze and gold medal games are at 10 a.m. PT and 12 p.m. PT respectively. 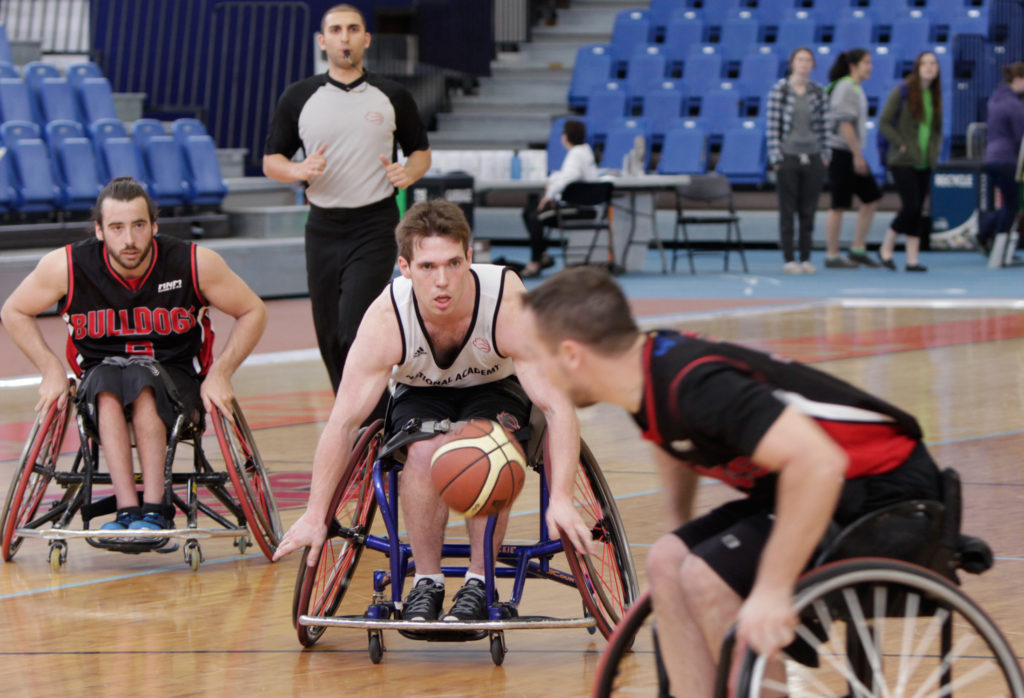 The game’s top scorers: Mickaël Poulin for Quebec with 32 points, Bo Hedges for the Tigers with 16 points. 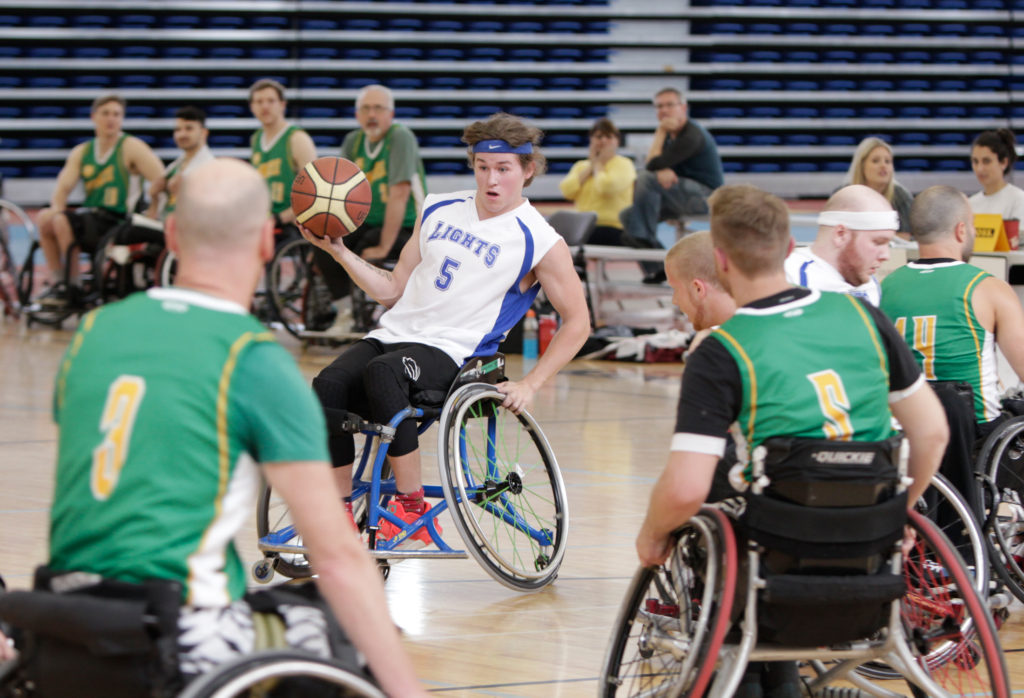 The game’s top scorers: Bradon Doll for Alberta with 15 points, Nik Goncin for the Spinners with 24 points. 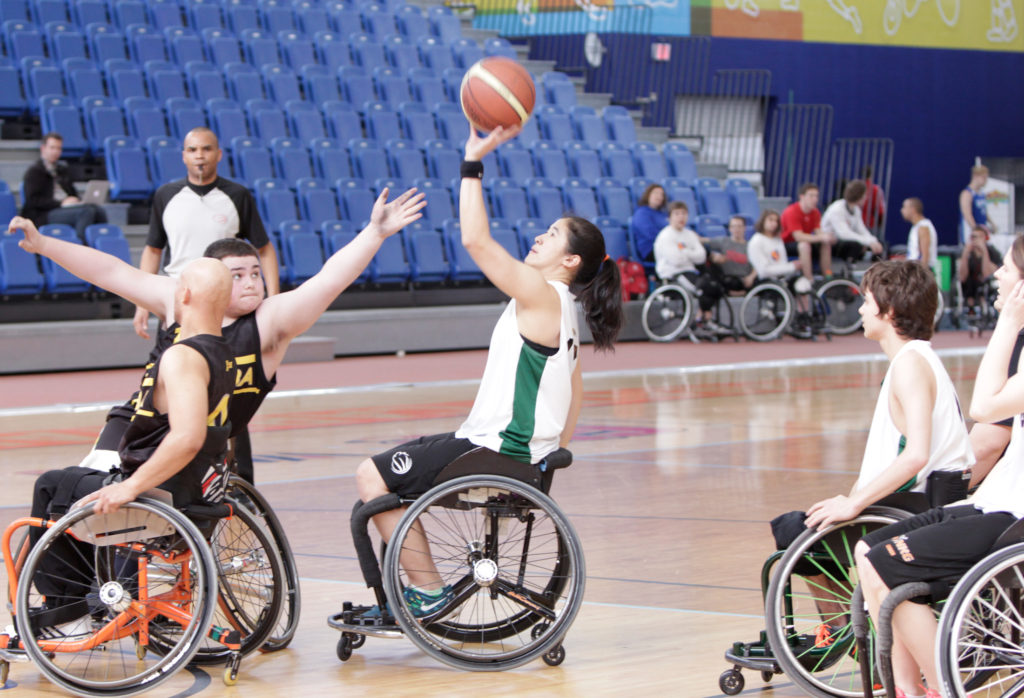 The game’s top scorers: Shelby Harrower and Jared Sajtos for Club ’99 with 12 points each, Spencer Lambert for Manitoba with 4. 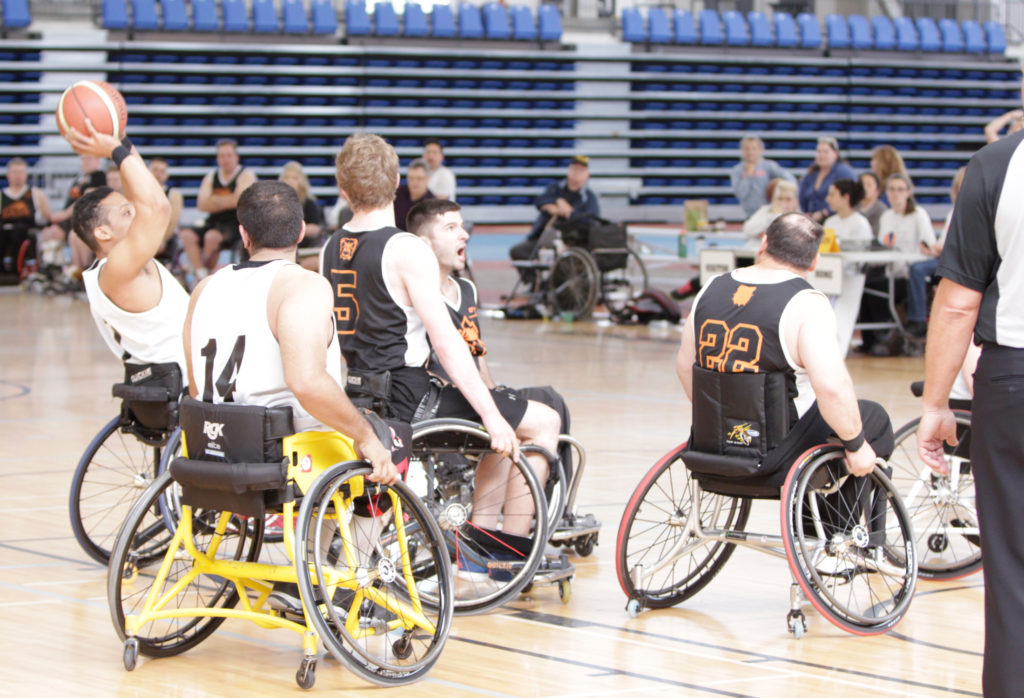 The game’s top scorers: Tamara Steeves for the Suns with 17 points, Tanner Scott for the Bulldogs with 14 points. 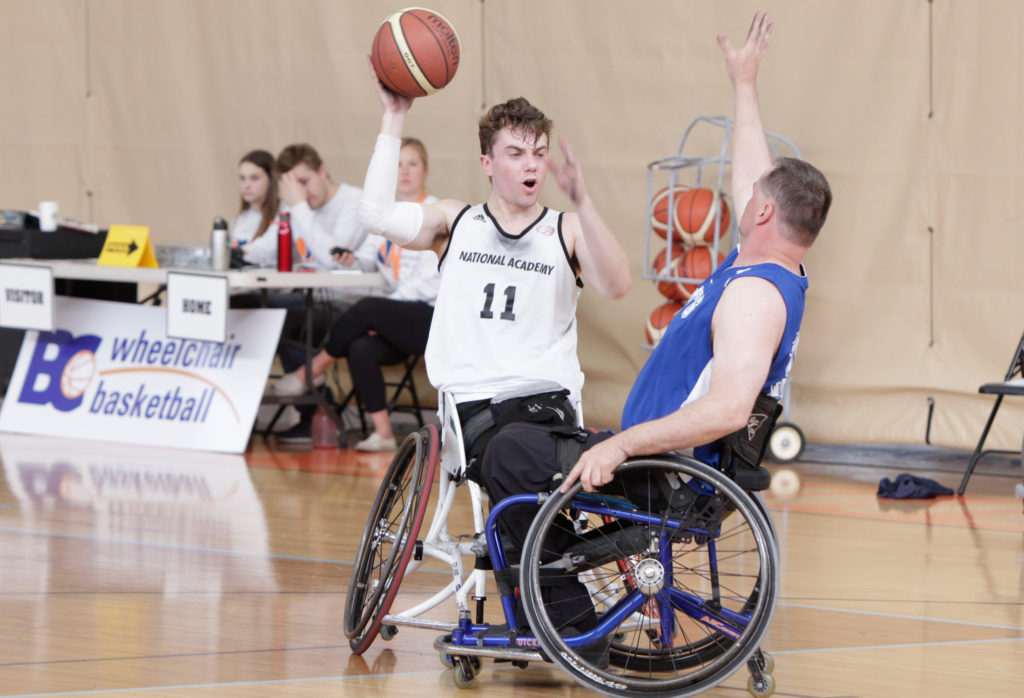 The game’s top scorers: Bo Hedges for the Tigers with 20 points, Bradon Doll for the Northern Lights with 14 points. 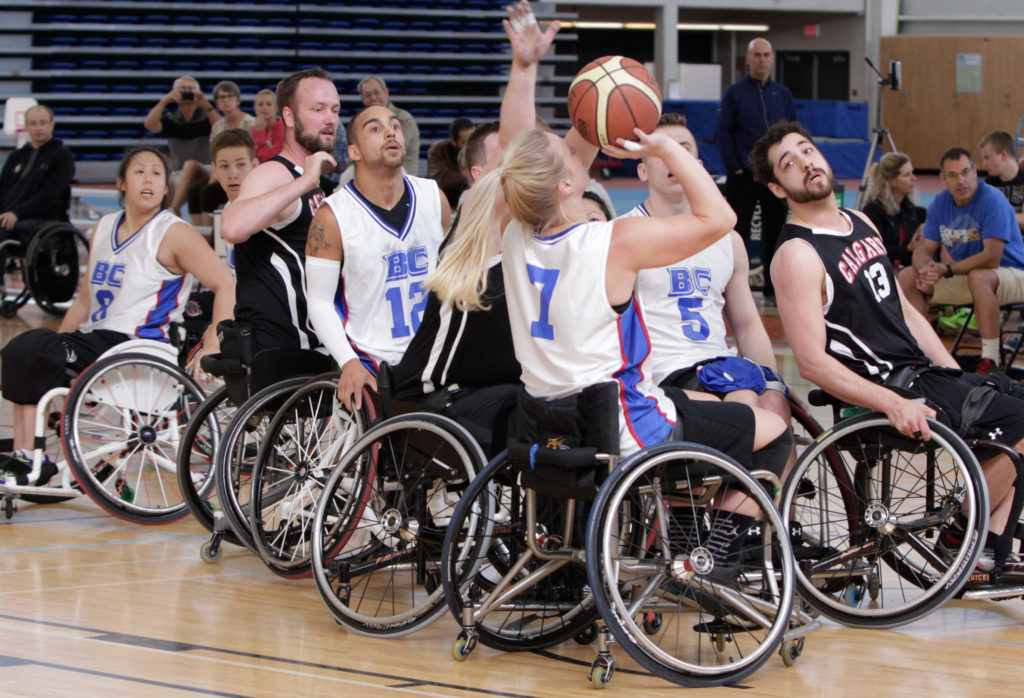 The game’s top scorers: Ross Macdonald for BC Royals with 22 points, Erik Vliegenthart for the Grizzlies with 17 points. 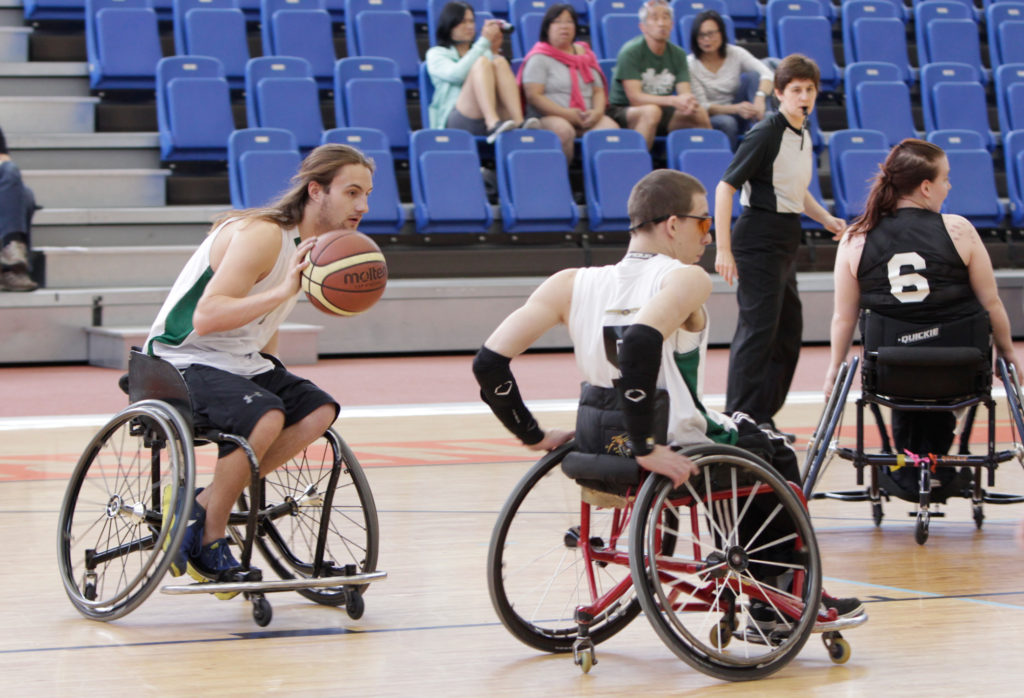 The game’s top scorers: Shelby Harrower for Club ’99 with 18 points, Tamara Steeves for the Suns with 19 points. 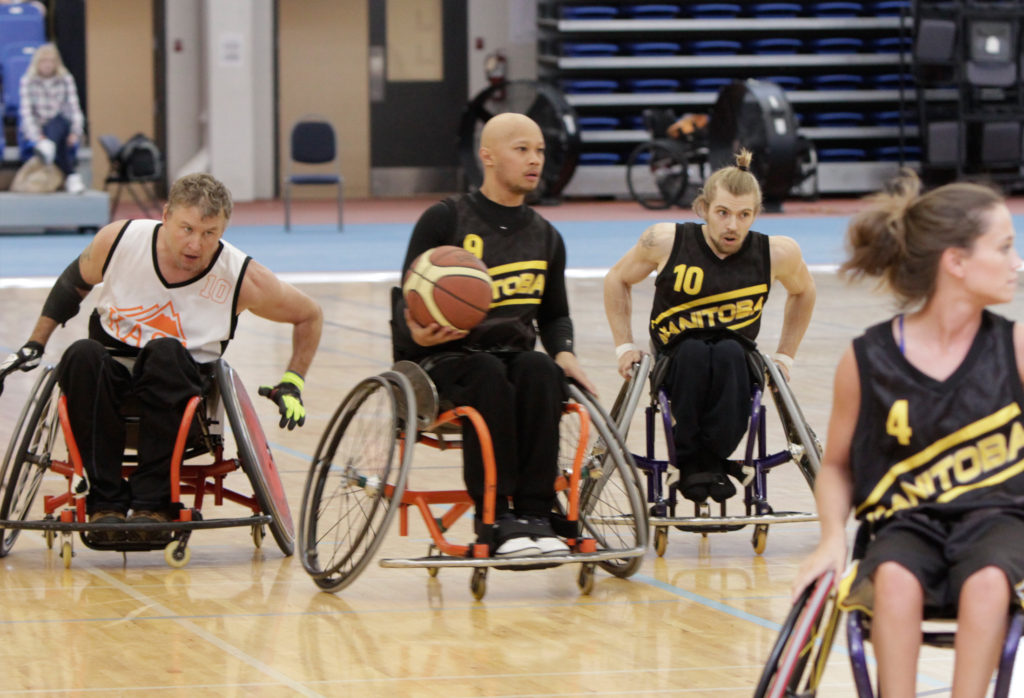 The game’s top scorers: Rob Lamb and Tanner Scott for Kamloops with 8 points each, Kris Isford for Manitoba with 12 points. 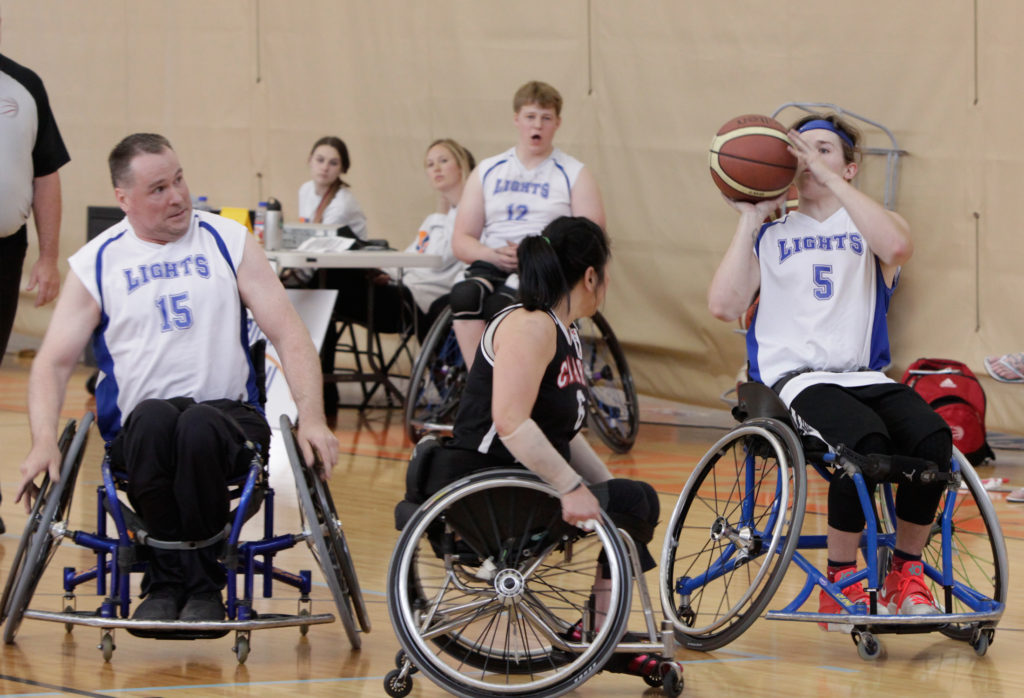 The game’s top scorers: Bradon Doll for the Northern Lights with 18 points, Erik Vliegenthart for the Grizzlies with 22 points.

The Canadian Wheelchair Basketball League (CWBL) was founded in 1986 and has two primary divisions: the Open division and the Women’s division. The league features wheelchair basketball club teams from across Canada and culminates each season with a national championship for both the Open and Women’s divisions.
The league is fully integrated as both divisions welcome athletes with a disability as well as able-bodied athletes to play in the spirit of competition. It often features some of the country’s best wheelchair basketball players, including past, present and future members of Team Canada.