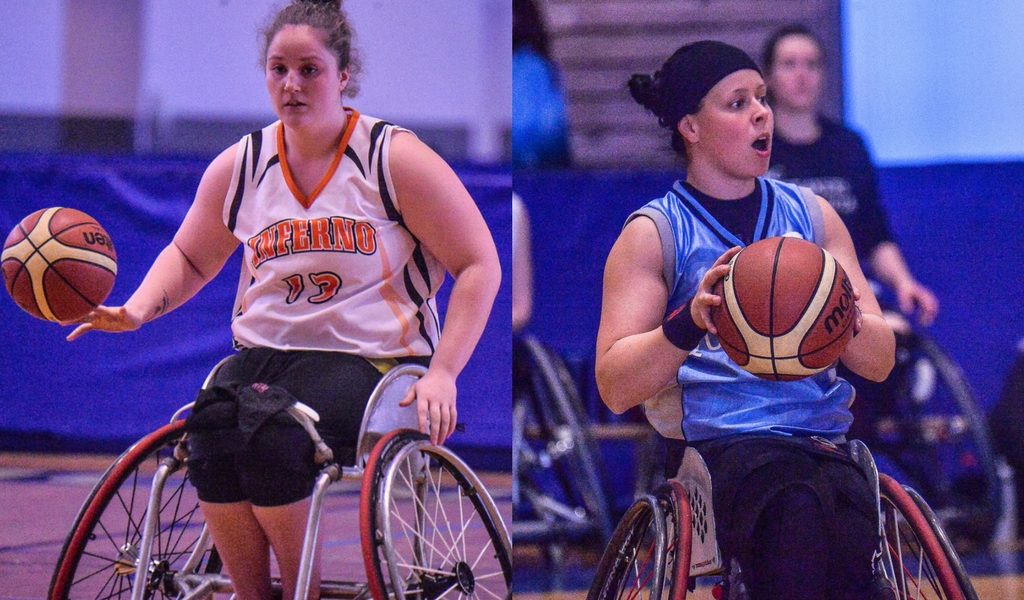 (RICHMOND, B.C.) Team Quebec and the Edmonton Inferno will face off for the gold medal at the 2018 Canadian Wheelchair Basketball League (CWBL) Women’s National Championship after both club teams won their semi-final games Saturday at the Richmond Oval in Richmond, B.C. The Saskatchewan Hot Wheels will take on host BC Breakers for the bronze medal.

The bronze and gold medal games will unfold on Sunday at 9 A.M. PDT and 11 A.M. PDT, respectively.

In the first round robin game of the day, Team Quebec came out on top against Saskatchewan, with a final score of 52-39. After a few fast breaks in the first half, Quebec gained an eight point lead by half time. Quebec’s solid offensive attack was evident in the last quarter with a series of steals and fast breaks, leading them to victory. Cindy Ouellet produced 21 points for Quebec while Katie Miyazaki put up 12 points for Saskatchewan.

The Edmonton Inferno entered their first round robin game of the day with a 2-0 record and quickly turned it into 3-0, defeating the BC Breakers 52-31. With a combination of good defense and creating space for some open shots in the key, Edmonton kept their winning streak alive.

Quebec and Saskatchewan entered the court for the second time of the day to battle each other for a spot in the gold medal match. Quebec kept their winning momentum going during this semi-final match with a 65-55 win, securing the first spot in the finals. Rosalie Lalonde (Quebec) turned some heads making shot after shot and scoring a team high of 26 points.

In the semi-final game against BC, the Edmonton Inferno kept their undefeated record with a convincing 64-42 win. The Inferno will face off against Team Quebec tomorrow for what is sure to be an intense and close match up for the title of national champions. Arinn Young tallied 17 points as the top scorer for Edmonton, while Amanda Yan paced the Breakers offense with 10 points.