Vancouver Olympic & Paralympic Athletes to be Honoured at City Hall 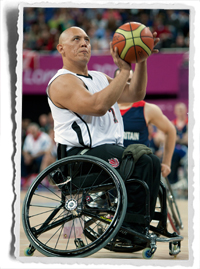 (Vancouver, BC) The Mayor of Vancouver, Gregor Robertson, will pay tribute to the Vancouver athletes who took part in the 2012 London Olympic and Paralympic Games. The ceremony will be held in the Council Chamber at City Hall on Tuesday, November 27, 2012.

Five-time Paralympian Richard Peter of the Canadian men’s wheelchair basketball team is among the athletes being honoured. Peter won his third Paralympic gold medal at the London 2012 Paralympic Games as Team Canada went undefeated at the tournament.