(Montreal, QC) Wheelchair Basketball Canada proudly announced the names of its major award winners and inducted the Canadian Men’s London 2012 Paralympic Team into the Hall of Fame Saturday evening at its 2013 annual awards banquet as part of the festivities of the 2013 Canadian Wheelchair Basketball League (CWBL) Open Championship in Montreal, QC.

The Canadian Men’s London 2012 Paralympic Team was inducted into the Wheelchair Basketball Canada Hall of Fame in recognition of its gold medal performance at the 2012 Paralympic Games.

The nominees for all of the award categories align with the values of Wheelchair Basketball Canada. The individuals exemplify fair play and sportsmanship while committing to values of inclusion. They are leaders in their communities; positive role models and they display superior performance in their respective disciplines. These awards are the membership’s opportunity to nominate and recognize individuals for their contributions within their respective communities. 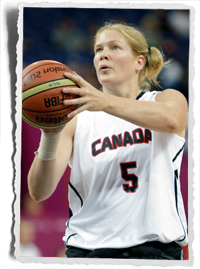 Female Athlete of the Year: Janet McLachlan – Vancouver, BC

Not content to merely be a good wheelchair basketball player, Janet McLachlan has pushed herself this year to be a truly great one. Along the way, she has also become one of the most likeable members of the women’s national team, and an excellent spokeswoman for our sport.

Janet is a dominant offensive force. As such, she is a target for defenses around the world and, despite receiving some extra attention from the opposition, Janet remains calm and collected, working methodically to break down the defense and score. This sense of fair play and sportsmanship has only raised her profile in the eyes of her competitors. On the court, she is a feared and respected enemy, but off the court she is a friend to many athletes.

Janet is arguably the best female wheelchair basketball player in the sport today. During the London 2012 Paralympic Games, she posted the most points and rebounds in the entire tournament.

A classic leader both on and off the court, we are pleased to present Janet with the 2013 Female Athlete of the Year Award. 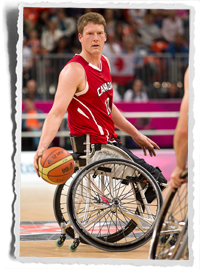 Male Athlete of the Year: Patrick Anderson – Fergus, ON

Patrick Anderson is arguably the greatest wheelchair basketball player of all-time. This past year, Anderson solidified that reputation by propelling his game to the next level and posting the best offensive numbers of his career en route to a gold medal at the London 2012 Paralympic Games.

With a dangerous combination of height and speed, Anderson is a game-changer. His vision and creativity are second to none and he is a dynamic offensive threat to both score and dish the ball to his teammates.

At London 2012, Anderson led by example and left a lasting impression on all of those who had the opportunity to witness him play. He finished first overall in tournament scoring and rebounds, and posted a pair of triple-doubles along the way.

Anderson is an exceptional talent on the basketball court and an even greater ambassador for the sport. As such, we are thrilled to congratulate Patrick as the 2013 Male Athlete of the Year. 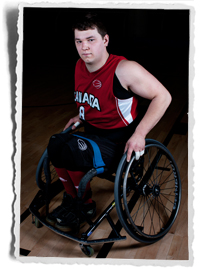 Junior Athlete of the Year: Justin Johnson – Langley, BC

Despite being less than three years post-spinal cord injury, Justin Johnson has made remarkable progress as a wheelchair basketball athlete. Thanks to his dedication to training and his willingness to seize every opportunity provided to him, Justin is well on his way to achieving his dream of competing in the Rio 2016 Paralympic Games.

Over the past year, Justin has taken his game to the next level thanks to an incredible amount of hard work. He was named the Most Improved Athlete in Division 1 at the BCWBS Annual Awards Night. Whether he’s playing with the BeSquad, the Langley Gold Rush, the Division 1 team, or the Men’s U23 National Team, Justin responds to every suggestion with a “Yes, coach.” This same level of respect extends to referees and his teammates.

Justin is a remarkable young man and though his rise in the sport of wheelchair basketball has been quick, he maintains humility, a strong work ethic and a dedication to fair play – congratulations to Justin Johnson, the 2013 Junior Athlete of the Year. 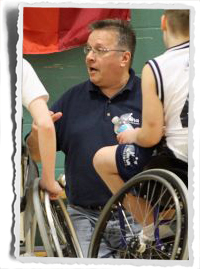 Driven by the belief that everyone can participate in their community, Yves is a very active volunteer with the Centre d’Intégration à la Vie Active (CIVA).

In 1988, no stable structure of wheelchair basketball existed in Montreal. With Yves’ help, CIVA organized the first recreational league for adults in Montreal. Since its inception, Yves focuses all of his energy into developing a passion for sports for people with physical disabilities.

He spent years mastering the intricacies of wheelchair basketball as a player and a coach, and transmits his passion and knowledge to the next generation. As the coach of a basketball team for youth with disabilities, Yves encourages physical activity that allows them to develop their skills and autonomy, grow and move forward in life.

Congratulations to Yves Déziel, recipient of the Leadership Excellence, for his outstanding contribution over more than 25 years to promote health and social integration for youth and adults with physical disabilities. 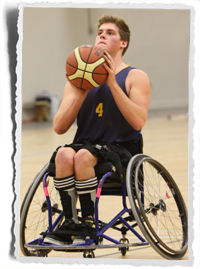 The True Sport Award is granted to an individual who exemplifies all that is positive about sport and competition, and this year’s recipient, Samuel Graham, is an excellent example. A wheelchair basketball athlete from a young age, Sam has established himself as a beacon of positive energy both on and off the court.

Beyond his accomplishments and improvement on the court, Sam is known for his infectious smile, witty quips, and willingness to go the extra mile for his teammates. He plays hard, fair, and for fun, ensuring all of the athletes in his club feel included and respected.

Sam loves our sport and loves to ensure that everyone on the court, on the bench, or in the stands is enjoying themselves. He brings humour and fun to every game and his entire club appreciates that.

Coming from a small town over an hour outside of Ottawa, Sam’s dedication to biweekly practices and monthly tournaments is something to be celebrated. His contributions to Ottawa’s teams make him an invaluable member of the wheelchair basketball community and a deserving recipient of this year’s True Sport Award. 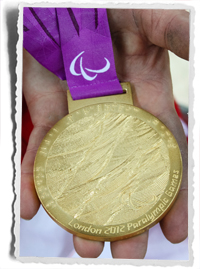 Team Canada battled to a 64-58 victory over defending-champion Australia in the gold medal game. The triumph marked Canada’s fourth consecutive podium performance, as the team avenged the loss to the rival Aussies in the 2008 final, and solidified their dynasty as one of the premiere wheelchair basketball programs in the world.