Cindy Ouellet and Patrick Anderson were named Athletes of the Year and Benjamin Palmer was awarded Junior Athlete of the Year, while Joelle Buckle was honoured with the Leadership Excellence Award and Kathy Ludwig received the True Sport Award.

The 2018 Wheelchair Basketball Canada award winners are as follows: 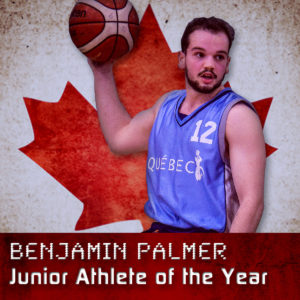 Benjamin Palmer of Montreal has been a standout junior athlete this past year. At the 2017 Junior East Regional Championship, Ben’s team won first place and he was named the tournament MVP. He carried that momentum forward as he represented Team Quebec at the 2018 Junior National Championship in March, where his team received a silver medal. Ben was consistently the highest scorer for his team and was voted onto the tournament all-star team. Ben is also a member of the Black Aces, a team of elite able-bodied athletes that often trains alongside the Canadian Senior Men’s National Team. 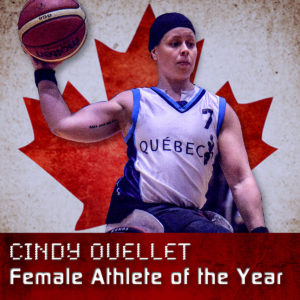 A highly skilled player who is known for her speed and tenacity on court, Cindy Ouellet brings a wealth of experience and leadership to a very young core on the Canadian Senior Women’s National Team. The longest-serving veteran on the team, Cindy led Canada to the top of the podium at the 2017 IWBF Americas Cup and was ultimately named the tournament MVP. In doing so, she helped Canada to qualify for the upcoming IWBF World Championships in August 2018. 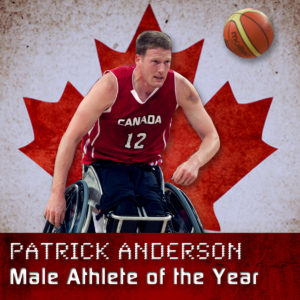 This past year, Canada celebrated the return of wheelchair basketball legend Patrick Anderson. One of the greatest players of all time, he took a hiatus from the National Team following the London 2012 Paralympics, but much to the delight of his teammates, coaches, and all of Canada, Patrick donned his Team Canada jersey once again. This past summer, Patrick led the Canadian Senior Men’s National Team to a silver medal finish at the 2017 Americas Cup, qualifying a spot for the 2018 IWBF World Championships. Anderson averaged 23 points, 10 rebounds and 5 assists per game and was named MVP of the tournament. 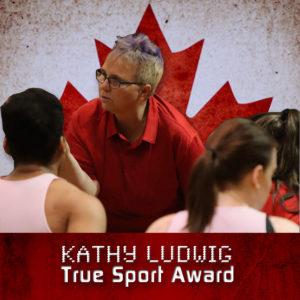 This year’s True Sport Award recipient, Kathy Ludwig, has been a wheelchair sports coach in Ontario for over 25 years at both the grassroots level and provincial level. She founded the Blazers Wheelchair Sports Group and its multi-sport program for youth in 1992 and launched the Blazers wheelchair basketball program in 2001. The club later merged with Cruisers Sports in 2008, where Kathy took on the role of Director of Basketball on the Cruisers Board of Directors while continuing to coach the multi-sport and basketball programs. She has been the head coach of the Cruisers Suns competitive team since its inception in 2008.

This year’s Leadership Excellence Award recipient, Joelle Buckle, has dedicated over 12 years to being a community champion and leader for wheelchair sports in Saskatchewan. She created the NRG Mini Wheelchair Basketball Program in 2006 – the first sport club for youth in Saskatoon where both able-bodied athletes and those with a disability could play the sport together.