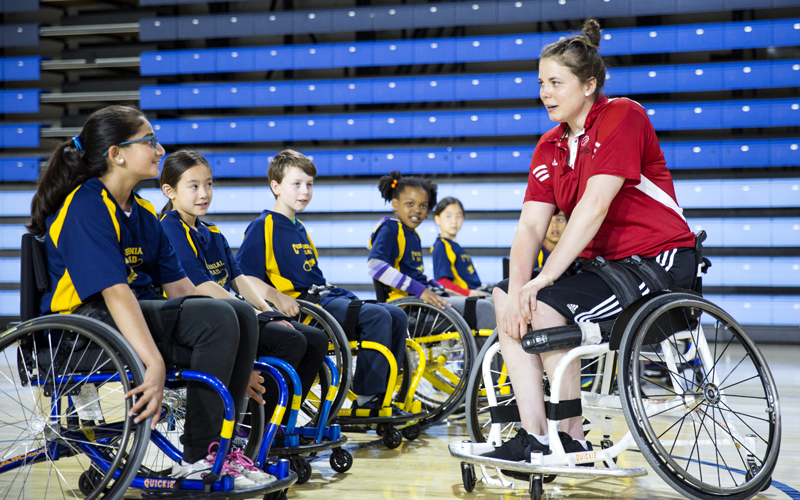 (Ottawa, Ont.) Wheelchair Basketball Canada is proud to announce Toyota Canada as its Official Mobility Partner and Official Vehicle. Through this new multi-year partnership, Toyota will support all four of Canada’s National Teams, as well as the development of our high performance athletes and grassroots initiatives.

“The support of partners like Toyota is essential in positioning Canada as the world leader in the sport of wheelchair basketball,” said Wendy Gittens, Executive Director of Wheelchair Basketball Canada. “As a National Team program partner, Toyota Canada supports the holistic development of our athletes, ensuring we can provide world-class training opportunities so that Canada remains at the forefront of research and innovation that drives the evolution of the game.”

As the Official Mobility Sponsor and Official Vehicle of Wheelchair Basketball Canada, Toyota Canada will support all four National Team programs, and will be the Presenting Sponsor of the organization’s Hoopfest event. Toyota will also become a Presenting Partner for the National Academy, maintaining a close tie to the training and development of high performance wheelchair basketball athletes. The National Academy at the Pan Am Sports Centre is the world’s first dedicated, year-round, daily training facility for wheelchair basketball athletes.

“Sports inspire people to overcome barriers and to get moving,” said Cyril Dimitris, Vice President, Sales and Marketing, Toyota Canada Inc. “Becoming the Official Mobility Sponsor of Wheelchair Basketball Canada is part of Toyota’s vision of an inclusive society in which all people can participate.”

Toyota Canada Inc. (TCI) is the exclusive Canadian distributor of Toyota and Lexus vehicles. Toyota has sold over 5 million vehicles in Canada through a national network of 287 Toyota and Lexus dealerships. Toyota is dedicated to bringing safety, quality, dependability and reliability in the vehicles Canadians drive and the service they receive. TCI’s head office is located in Toronto, with regional offices in Vancouver, Calgary, Montreal and Halifax and parts distribution centres in Toronto and Vancouver. Toyota operates two manufacturing facilities in Canada. Having produced more than seven million vehicles, popular Canadian models built at these facilities include Toyota RAV4, Toyota Corolla, Lexus RX 350 and RX 450h hybrid. For more information on Toyota and Toyota products, please visit: www.toyota.ca.