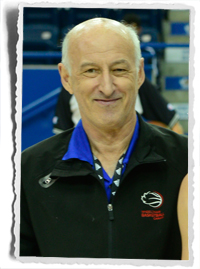 “This is yet another outstanding accomplishment in Donald’s remarkable and lifelong career in sport. His vision and leadership have been invaluable assets to the wheelchair basketball and greater sport communities for many years, and this award pays tribute to the profound impact he has made not only in Quebec, but in Canada and around the world,” said Wheelchair Basketball Canada Executive Director Wendy Gittens.

“This award pays tribute to the profound impact he has made not only in Quebec, but in Canada and around the world.”

In addition to his work within the wheelchair basketball community in Quebec, Royer has also achieved sport excellence on the international stage. He coached the Canadian Senior Women’s National Team from 1977-1979 and was the chief bench boss of the Canadian Senior Men’s National Team that captured the silver medal at the world championship in 1986 in Melbourne, Australia.

Royer, of Sherbrooke, Que., was inducted into the Wheelchair Basketball Canada Hall of Fame in the sport builder category in 1996.

Among his other notable achievements, Royer served as the president of International Stoke Mandeville Wheelchair Sports Federation (ISMWSF) from 1993-1997 and contributed to the formation and operation of the International Paralympic Committee (IPC) Sports Council. In 2003, the IPC awarded Royer with the Paralympic Order, the highest honour in Paralympic sport, in recognition of his outstanding contributions to Paralympic sport and the greater Paralympic Movement.